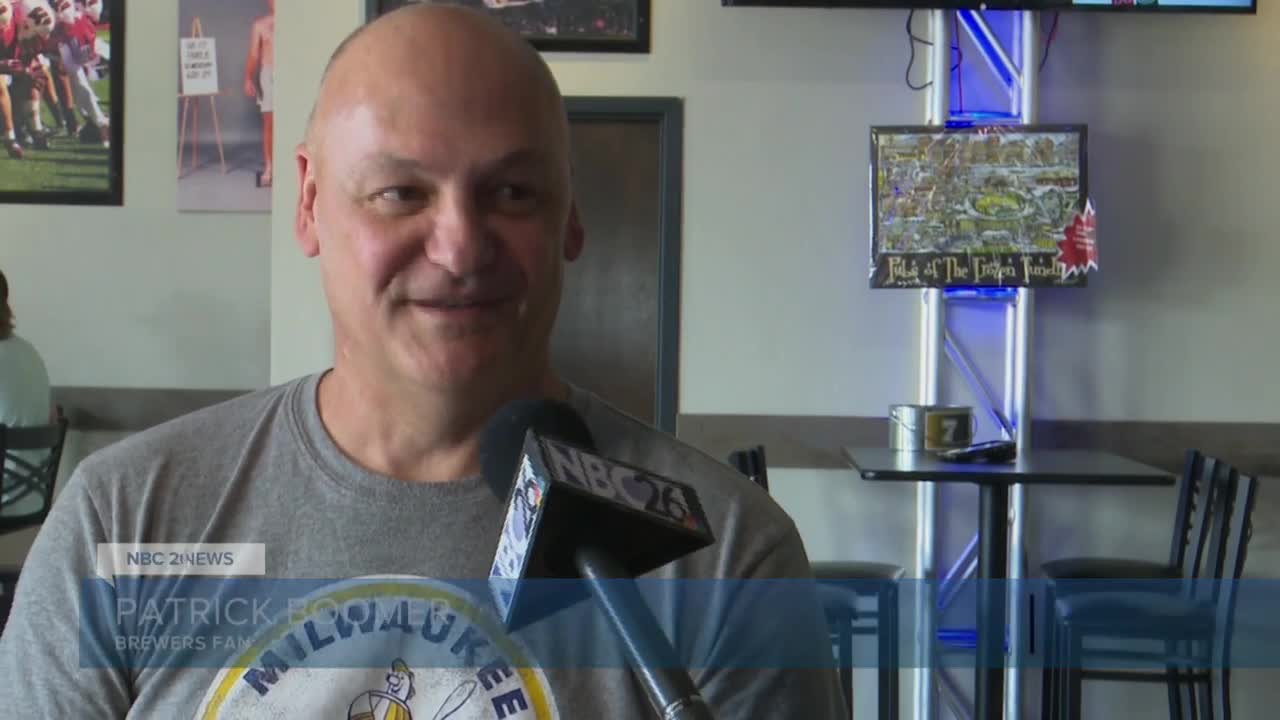 Brewers fans are limited in options for 2020 games: either head to the bar or stay home to watch the Brew crew.

ASHWAUBENON -- Before the Milwaukee Brewers lost 3-0 to the Chicago Cubs on Opening Day, there was special buzz in the air around Stadium View Bar, Grill & Banquet, a stone's throw from Lambeau Field.

"I mean it's still exciting because it's Opening Day, but it doesn't feel as much hype because of everything that's going on," Brewers fan Micaela Ramthun said.

While coronavirus has postponed the MLB season as a whole, it will also keep fans out of the stands for now.

"There's not gonna be any crowd, it's really different," Brewers fan Patrick Boomer said. "But it's still Major League Baseball and it's still live games, so its great."

Boomer, like other area Brewers fans, plans on staying close to home this season.

"Well there's really no reason to go down to Miller Park, you're not going to get anywhere," Boomer said. "But yeah, certainly with a group of guys, we're probably gonna go to the bar a little bit more often than we have."

"We like to bring a TV outside and grill up some hot dogs and hamburgers and just have a little party," Matuszak said.

Matuszak and three other friends in Brewers gear shared an outdoor table at Stadium View to celebrate Opening Day. Some say occasions like this are great excuses to get out of the house.

"Probably going to watch most at home, but definitely gonna have to come to a bar like this," friend and fellow Brewers fan Patrick Wilson said.

Stadium View owner Amanda Watson is ready to move on from the coronavirus pandemic and get back to hosting sports fans at the bar.

"Obviously sports fans are going to want to come in and kind of feel that community vibe," Watson said. "We have over 300 tables in the building so you don't have to be close to anybody but you can still feel the energy of it."

Stadium View did not run any specials specific to Brewers' Opening Day, but Watson was willing to consider some if fans regularly show demand during the 60-game season.