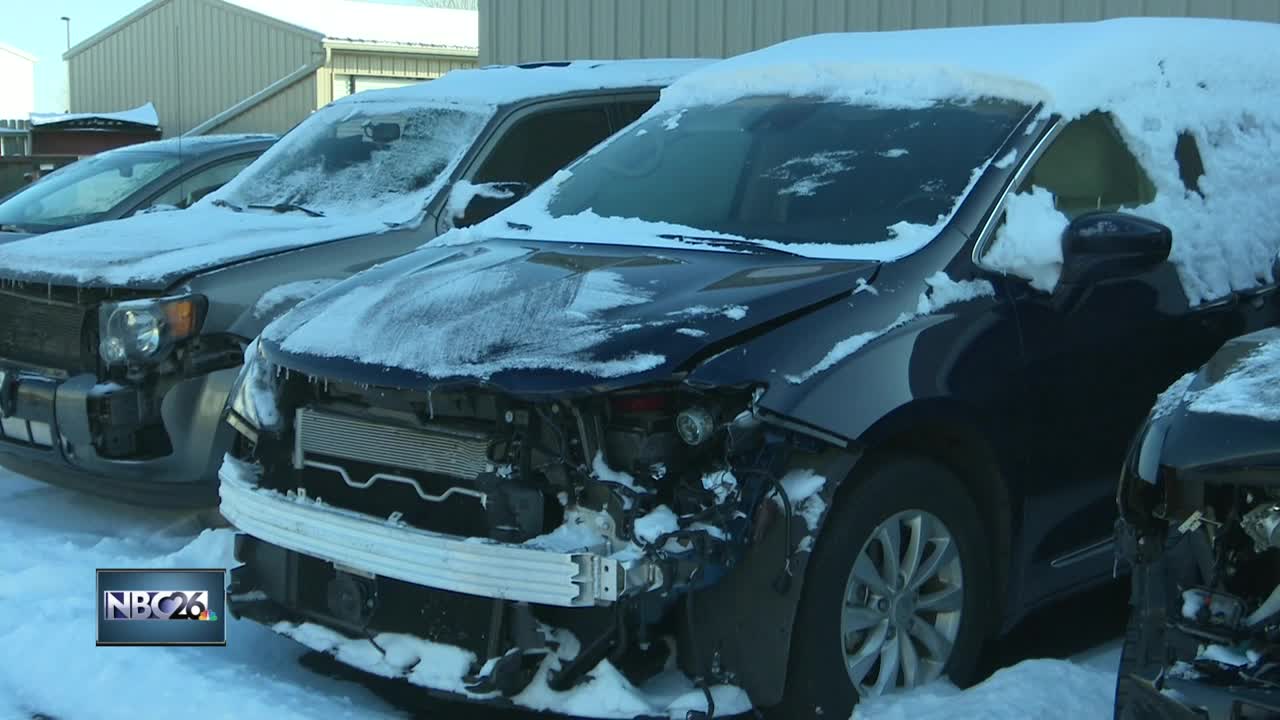 The snow on the roads is leading a lot of cars to local body shops.

Holschuh Collision Center in Green Bay is one of those body shops feeling the impact of the slippery roads.

Jim Holschuh, the owner, said usually the wait list for a car repair is three weeks, but right now, it's nearly 6 weeks. He said it's a combination of this being the peak time for deer collisions and the early snow. Some of the cars coming in, Holschuh said, are total losses while others are minor collisions.

This isn't something out of the ordinary, though. Holschuh said each year they see quite a few cars coming into the body shop when the snow falls, but this is a bit more than usual.

His message to customers is to pay attention on the road.

"Slow down, get off their phones, pay attention to what's going on because the conditions can change really quickly when the snow comes," said Holschuh.