Learn more about Mitchell Lundgaard, the Appleton firefighter killed in the line of duty 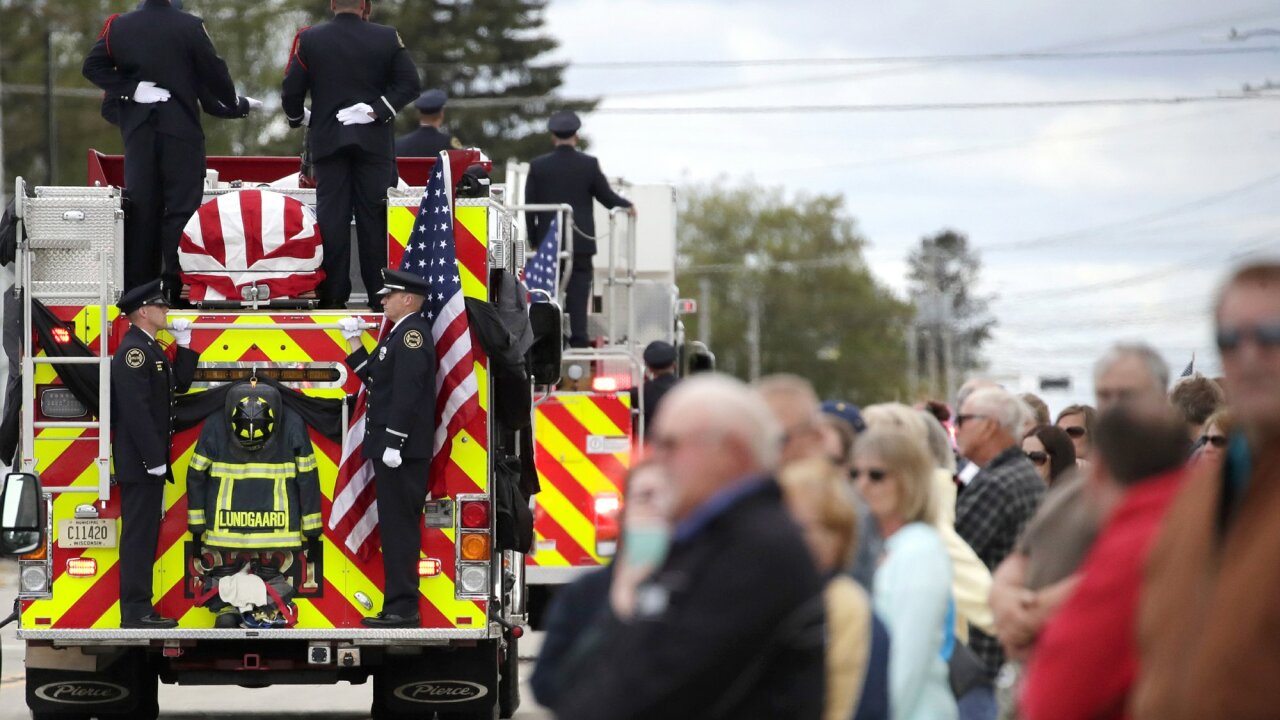 Members of the community gather along West Wisconsin Avenue during the funeral procession for Appleton firefighter Mitchell F. Lundgaard, as it makes its way toward the Appleton Alliance Church on Monday, May 20, 2019, in Appleton, Wis. The 14-year veteran of the Appleton Fire Department was fatally shot while responding to a medical emergency at the downtown Valley Transit Center on Wednesday, May 15, 2019 in Appleton, Wis. (Danny Damiani/The Post-Crescent via AP) 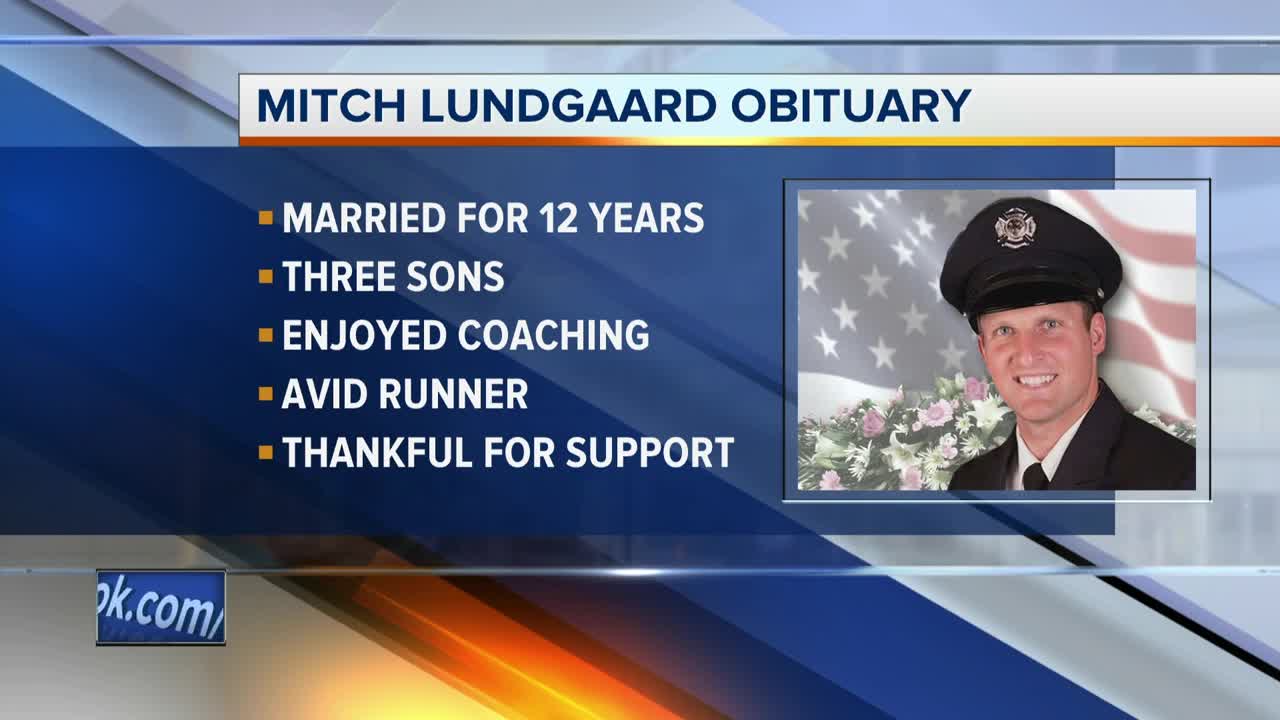 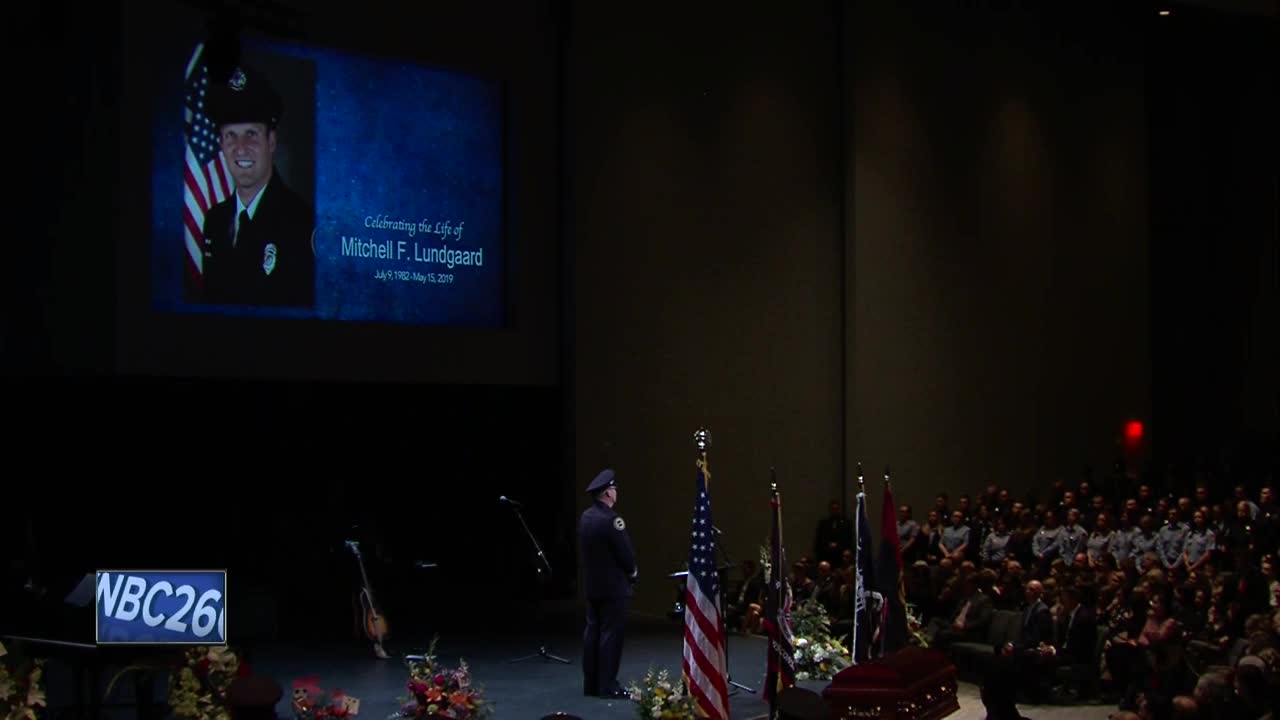 APPLETON, Wis. — On May 15, 2019, Firefighter Mitchell Lundgaard was responding to a medical call on a bus at the Appleton transit station.

After treating a 47-year-old Wausau man police say that man pulled out a gun. Shots were exchanged with officers leaving Lundgaard and the man with the gun dead.

An officer and a woman bystander were also shot but survived and are recovering. The Green Bay Police Department is leading the investigation.

Mitch Lundgaard is the first Appleton firefighter in 86 years to die in the line of duty. He served 14 years with the department.

He was also a family man. An obituary says Lundgaard and his high school sweetheart were married 12 years and had three sons.

He enjoyed coaching his children in sports and taking family trips to Disney World. Lundgaard was also an avid runner and enjoyed golfing.

The obituary says the family is incredibly thankful for all the support they've received and that it has provided comfort in an extremely trying time.