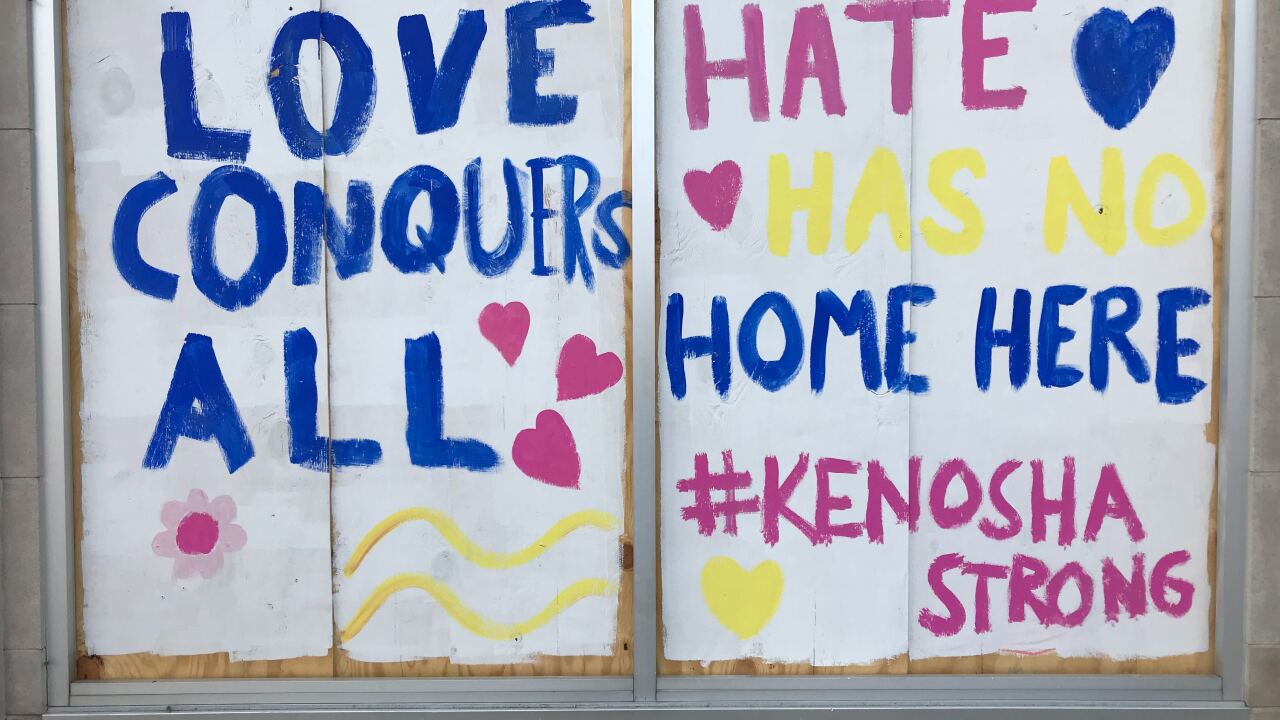 Ryan Whittaker
Murals of hope have appeared in the boarded-up windows of downtown Kenosha this week after five nights of unrest and protest over the police shooting of Jacob Blake. The last two nights have remained mostly calm and peaceful as the community comes together to clean up. Photos by Photojournalist Ryan Whittaker.

The Mayor of Kenosha held a press conference Monday to announce rebuilding plans in the city after unrest over the shooting of Jacob Blake.

The City of Kenosha is working together to rebuild after the unrest following the police shooting of Jacob Blake.

Mayor John Antaramian met with city officials and local leaders on Monday to speak about his plans to move Kenosha forward and plan for a brighter future.

He announced several listening sessions in which community members can come forward and voice their thoughts on what needs to change and make suggestions.

The listening sessions kick off on Sunday, Sept. 20 but capacity will be limited due to COVID-19. This session, however, will be live-streamed.

Feedback from these sessions will then become a part of Kenosha's Commit to Action Roadmap.

According to the city, "The Roadmap requires convening leaders and citizens across diverse sectors and organizations to work collaboratively to identify and implement effective strategies dealing with systemic racism and effect core system changes throughout the city of Kenosha as it relates to the four areas of police and community relations, criminal justice, employment, and education."

“The Commit to Action Roadmap will be a long-term plan developed in collaboration with some faith-based leaders to address systemic challenges facing our city,” said Pastor Roy Peeples, Turning Point Life Church.

The mayor also announced that the police budget for 2021 will include funding for body cameras throughout the Kenosha Police Department.

“Racism does not just hurt communities of color; it hurts everyone. It is my commitment that the city will review policies 2 and practices related to those four areas to eliminate inequalities so we can achieve better outcomes for our residents," said Mayor Antaramian.