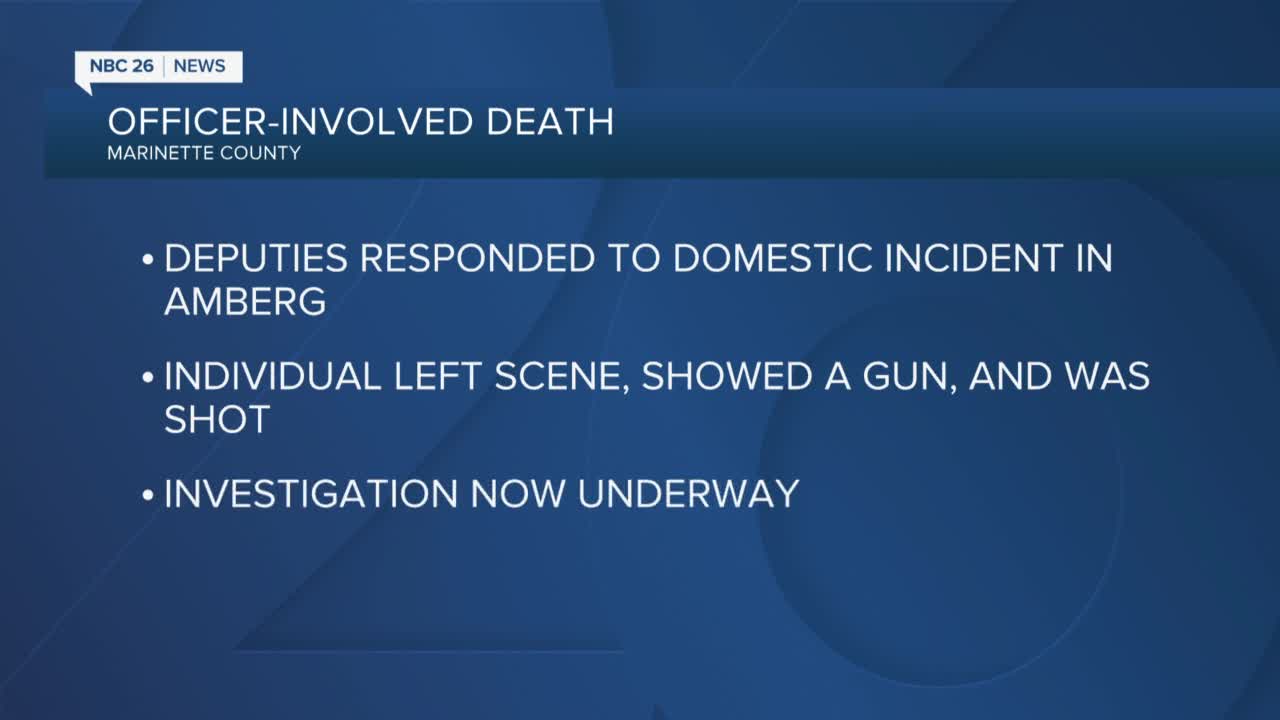 MARINETTE COUNTY (NBC 26) -- The Wisconsin Department of Justice is investigating an officer-involved death in Marinette County.

According to the DOJ, Marinette County Sheriff's Office deputies responded to a domestic incident call in the town of Amberg on Friday morning. When deputies arrived, the saw an individual sitting in a car.

Per department policy, the deputy involved is on paid administrative leave.

An investigation is underway.