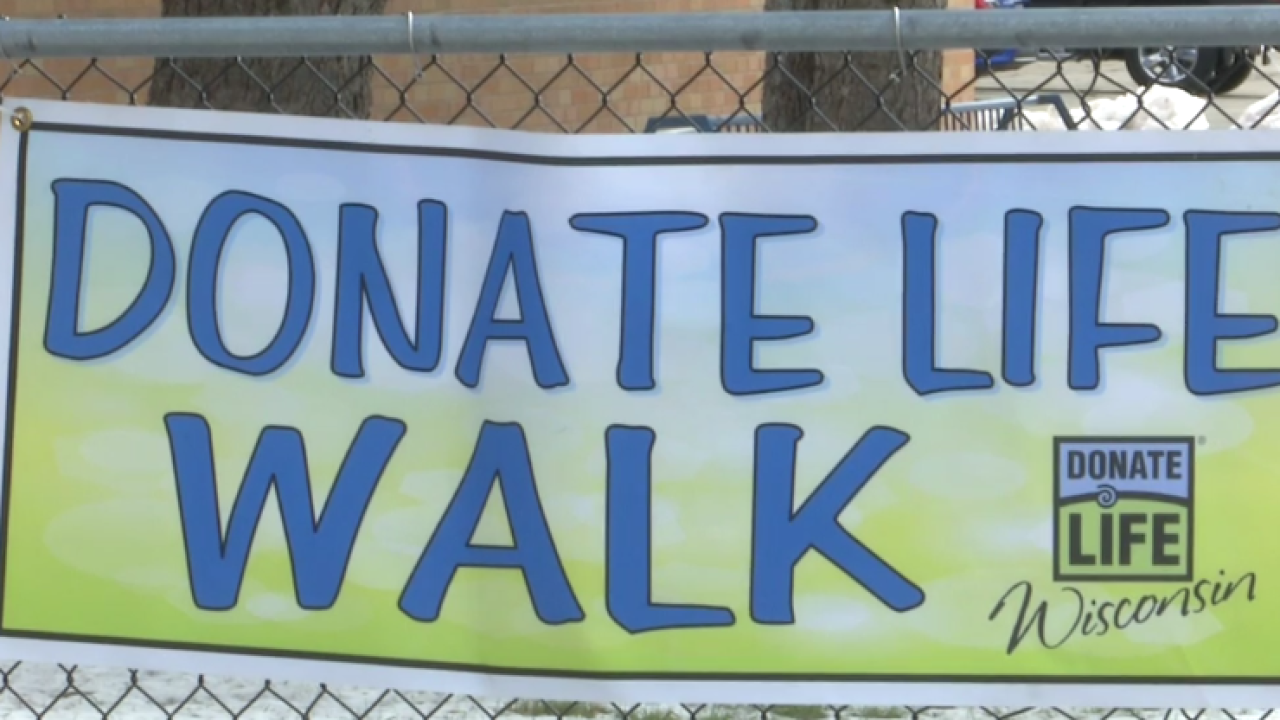 HOWARD, Wis. — Saturday morning, hundreds of people made strides in honor of those who have given the gift of life and those who have received it during the NEW (Northeast Wisconsin) Donate Life Walk at Bay View Middle School.

This is the seventh year the walk has raised awareness of organ transplants and donations.

"There's over 114 thousand people waiting," said Gail Burant, the co-founder and coordinator for the walk.

She had the honor of being the Grand Marshall of the walk, but at one point in her life, Wolfe was one of those people waiting on the list, when she was just shy of turning six-years-old.

Wolfe said she woke up with pain on the left side of her chest and started vomiting.

"I went into heart failure, and I was rushed to Children's Hospital to the intensive care unit," added Wolfe.

She said she kept getting more sick while in the hospital, and the only option for her was a heart transplant.

Wolfe was added to a wait-list with high priority.

"I had a relatively short wait to find a donor match," Wolfe told us.

It took three weeks before the right match was found. A match that saved her life.

"I had more than a dozen new medications, but now I'm only down to six morning and night that I'll have to take for the rest of my life, and I'm doing much better now," said Wolfe.

Wolfe and her family are grateful for the person who made the decision to be a donor.

"Extremely thankful because they gave me life, and that's the only reason I'm able to be here in this interview with you," added Wolfe.

An orange dot on your license or ID can save someone's life like it did Wolfe's.

"It's an amazing decision to be one because you're helping everyone when you decide to be a donor," said Wolfe.

For more information on becoming a donor, click here.