How ice jams can make winter flooding even more serious 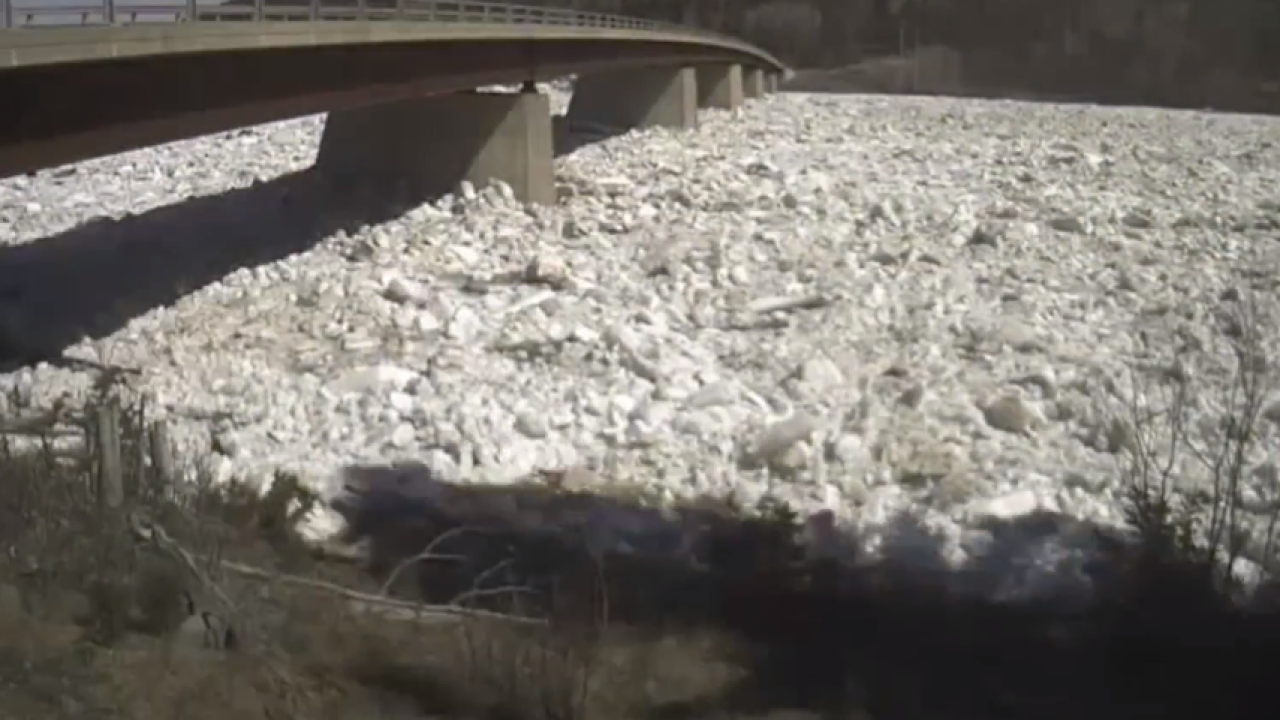 Around the time when Winter turns into Spring, some parts of the US often deal with with major flooding as ice and snow cover melt away. Rivers and streams can already run high — and the ice they're carrying sometimes jams together and makes flooding worse.

Ice jams get their start during the winter, when the river's upper surface freezes. When spring rolls around, more sunlight and warmer temperatures start to melt that surface layer and add more water to the river. If the thawing event happens alongside heavy rainfall, it can cause these rivers to swell so much that their surface layer of ice breaks into smaller chunks, which then group together and move along with the stream.

Those chunks will sometimes get stuck in narrow passages of the river and form a dam. Like any other dam, this can cause considerable amounts of water to back up and spill over riverbanks upstream. They can also fail suddenly and cause flash flooding downstream — so they're often cleared with backhoes, ice breakers or even dynamite before they get that chance.

These jams have contributed to record flooding recently. According to Nebraska's emergency management agency, 17 locations across the state saw record-high crests along the Missouri River, and more are expected in the coming days.