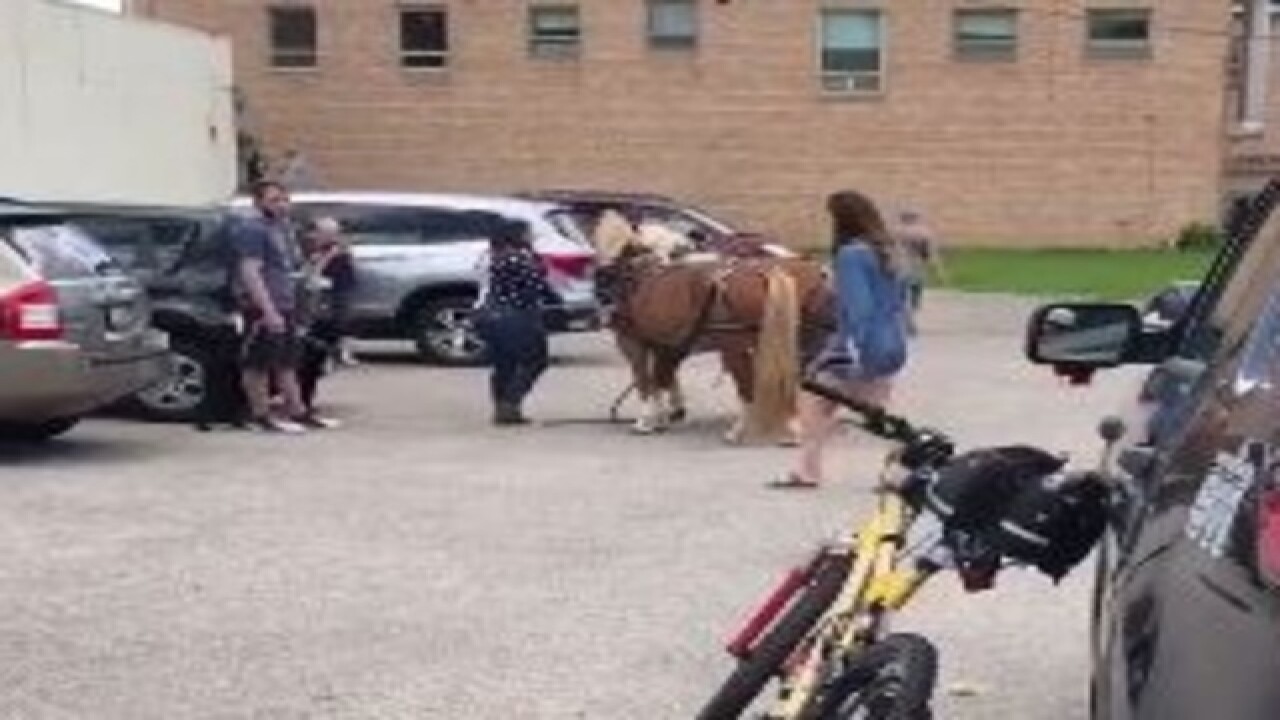 Three people were injured when show ponies at the Elm Grove Memorial Day parade were startled and entered a section of the crowd, police say.

The show ponies from the Erin Meadows Farm, LLC temporarily broke loose from their handlers. Officers say the ponies may have been startled by firework "snaps," or tennis balls that children may have thrown near the parade route.

Accident involving horses with wagon at #ElmGrove. Witnesses say "the horses became out of control and went up onto sidewalk" ambulance here pic.twitter.com/Qyb596uTDY

Although attempts were made to stop the ponies from running, they ran into a part of the crowd, causing injuries to three people. A 77-year-old Milwaukee man hit his head on the ground and was stepped on by the ponies, but didn't suffer any serious injuries and refused to be hospitalized.

A 9-year-old boy and 58-year-old woman were also injured when the carriage the ponies were pulling struck them. Both were hospitalized for their injuries.

Richard #VietnamWar & #DesertStorm tells me this is the first time he came to #ElmbrookParade, showed me scrapes from getting hit by horses pic.twitter.com/0DUZhg9PZN

— Julia Fello TMJ4 (@JuliaFello) May 29, 2017This is a developing story. Check back often for more details.