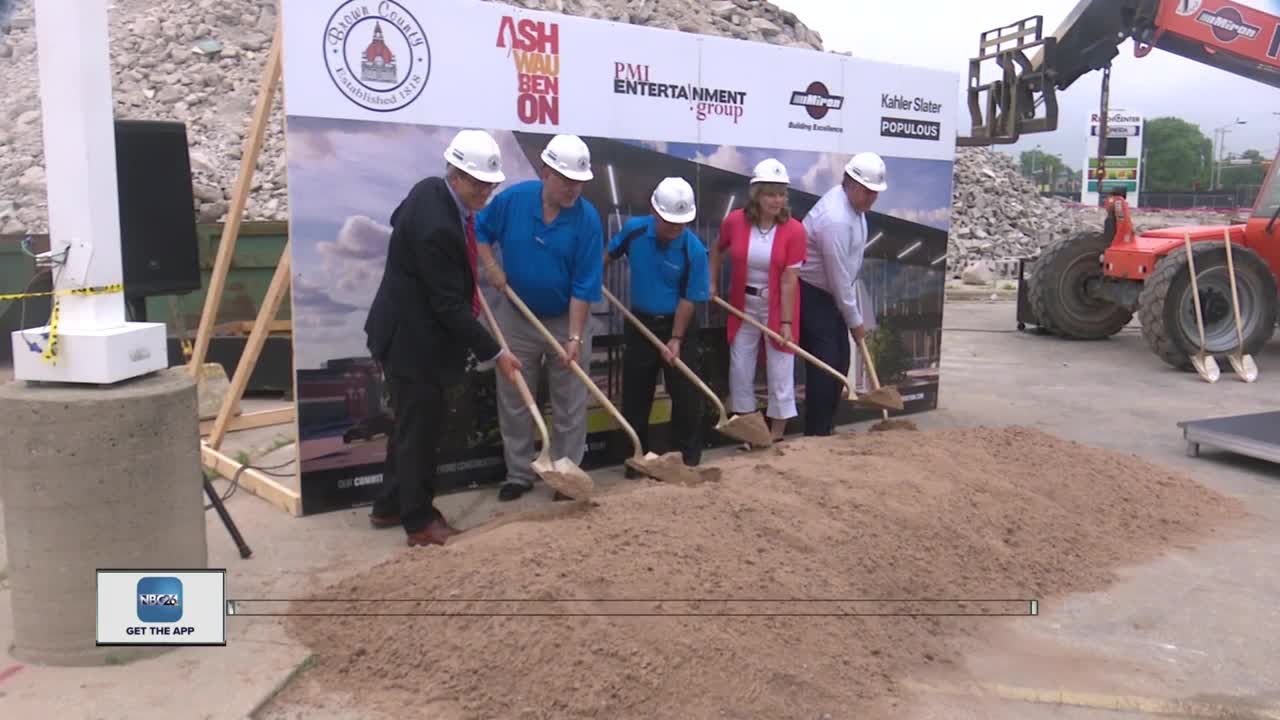 Just a few months after crews started tearing down the Brown County Veterans Memorial Arena and Shopko Hall, Brown County leaders held a groundbreaking ceremony Tuesday for the new Expo center going up in its place.

"This was not an easy thing to come by,” said Brown County Executive Troy Streckenbach. “It makes you proud. Essentially that we're not dying. We're not falling apart where people are not willing to make an investment."

Officials have high hopes for the $93 million facility.

"This building represents really an opportunity for us to continue to be competitive. It allows us to draw in a lot more business,” said Streckenbach.

Last year, tourism brought in more than one billion dollars to Brown County, according to the Visitor’s Bureau.

"It's huge! It's huge for the community, it's going to allow them to bring bigger and better shows,” said Miron Construction Project Superintendent Chad Theilman.

"There'll be several hundred workers from the area involved in this project. Several local contractors supported and suppliers, so it should be a great boost to the construction community,” said Kurt Wolfgram, the Miron Construction Project Executive.

"The Resch Center means a lot to me. I walk into there. It brings me back 18 years and it's a really good feeling to know that I was a part of that, so I’ll feel the same with the Brown County Expo,” said Theilman.

Miron Construction expects the new Expo Center to be open by January 2021.