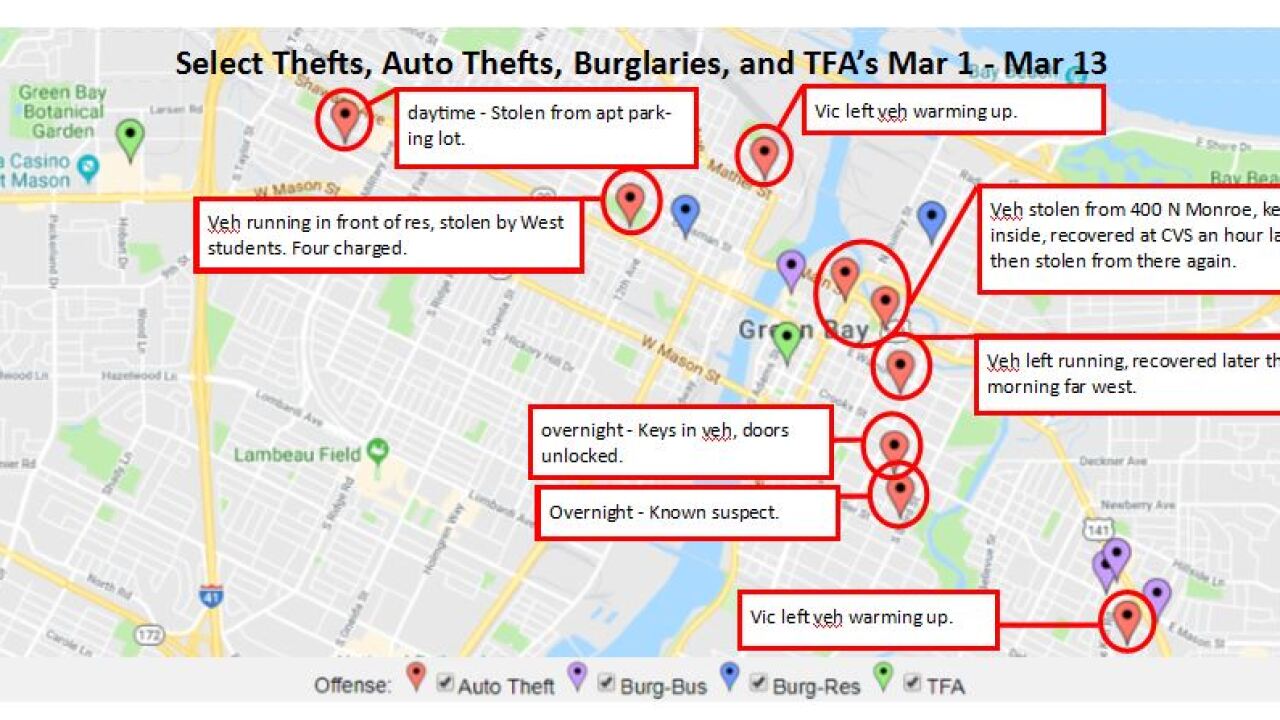 GREEN BAY, Wis. — Green Bay Police is reporting a large number of auto thefts where the keys were left in the vehicles or the vehicles were left running. Police say there have been eight such thefts since March 1.

In some of these cases, the suspect is described as being, "several years too young to obtain a driver's license". According to a map of incidents released by police, one vehicle left running was stolen by "West students".

Also according to the map, at least one car was stolen in the daytime. Another vehicle was stolen with the keys inside, recovered at a CVS an hour later, and then stolen from there again, the map incident says.

Green Bay Police is using this report to remind people not to leave keys in the car or to leave their car running and unintended.