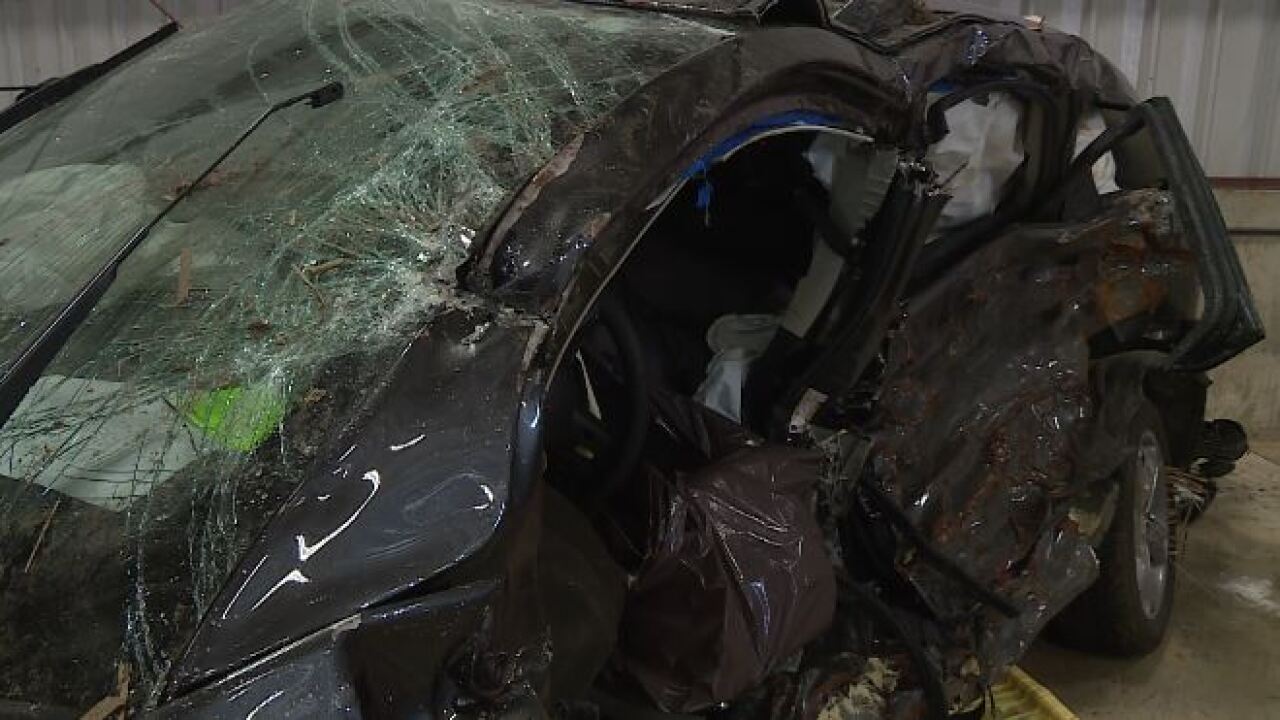 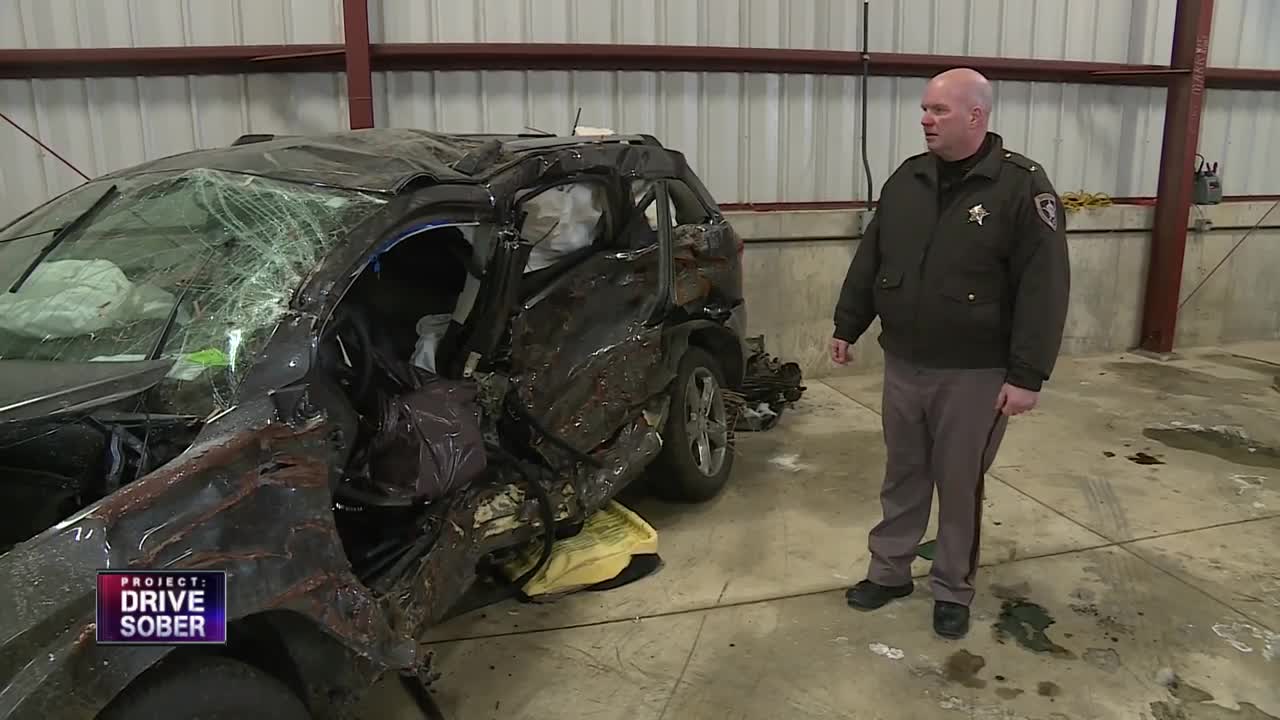 OUTAGAMIE AND BROWN COUNTIES, Wis. — The damage inside an Outagamie County Sheriff Department's garage is stunning.

Cars are lined up, many of them totally destroyed. The reason the cars are there and in that shape is often tragic. Lieutenant Ryan Carpenter looks at two cars involved in one accident.

"They had no chance, and it was no fault of their own," he said. "They were just going down the road, and someone that was very drunk ended up ending their life."

The cars he looks at are destroyed after a deadly 2017 drunk driving crash in Outagamie County. The driver of one car hit and killed 82-year-old David Rosol and 83-year-old Hazell Dewitt.

"This guy, because of his high alcohol content - just made a horrible decision to get in the car and drive that night," Carpenter said.

That case is not unique to northeast Wisconsin. In 2018, Outagamie County had 12 fatal crashes - about a third of which were drug or alcohol related. In nearby Brown County, there were 19 deadly crashes - seven of which involved drugs or alcohol.

Sandberg said that typically between 40% and 50% of fatal crashes involve drugs or alcohol. In 2018, the average blood alcohol level of drunk drivers involved in deadly crashes was .281%. That's more than three times the legal limit of .08%.