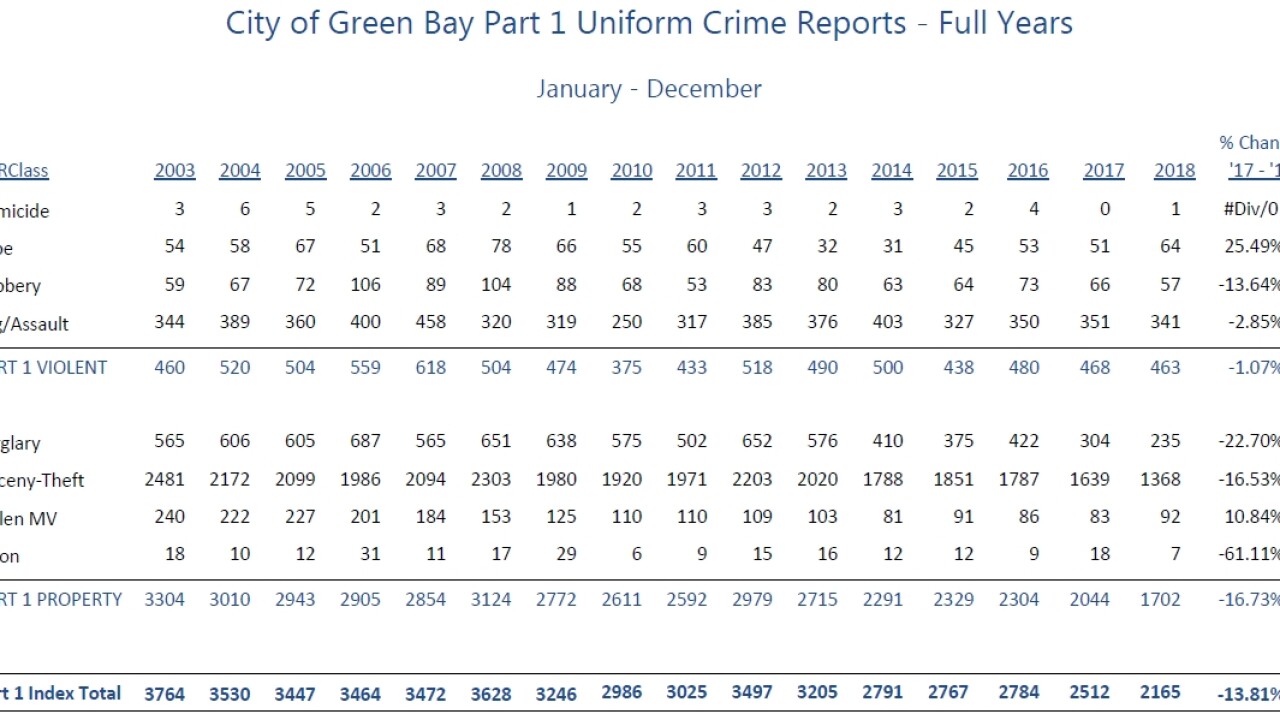 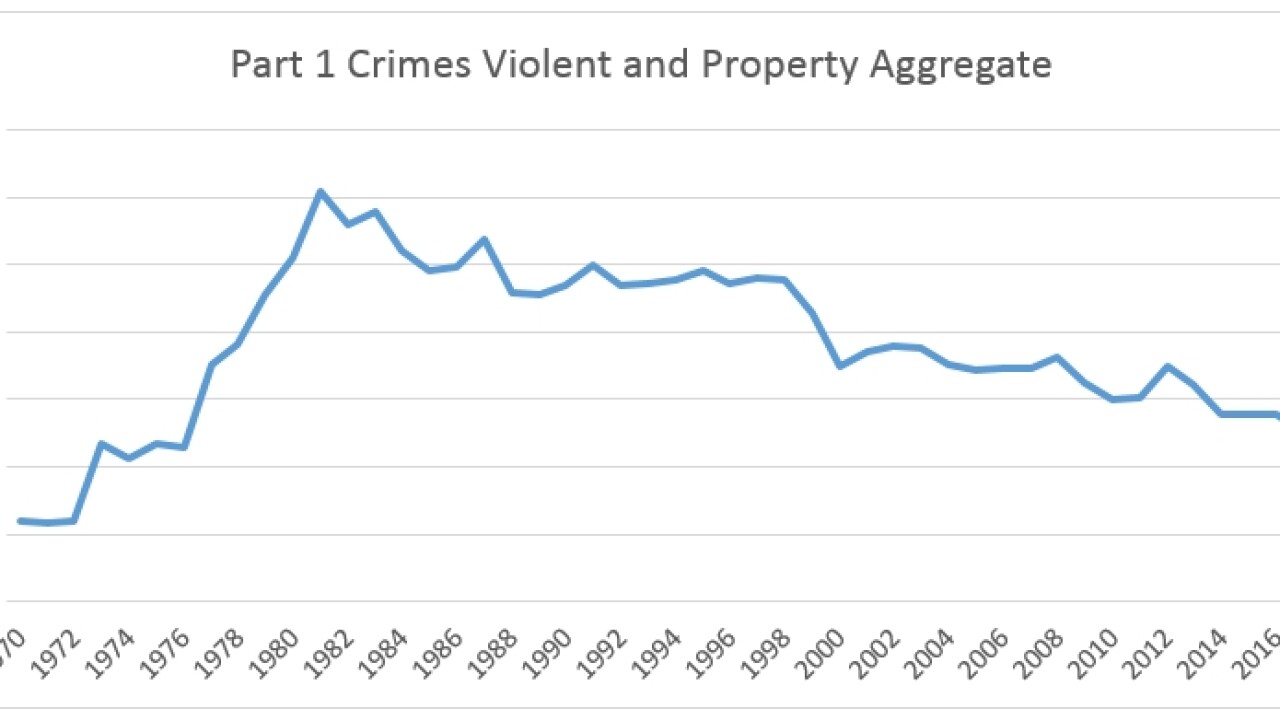 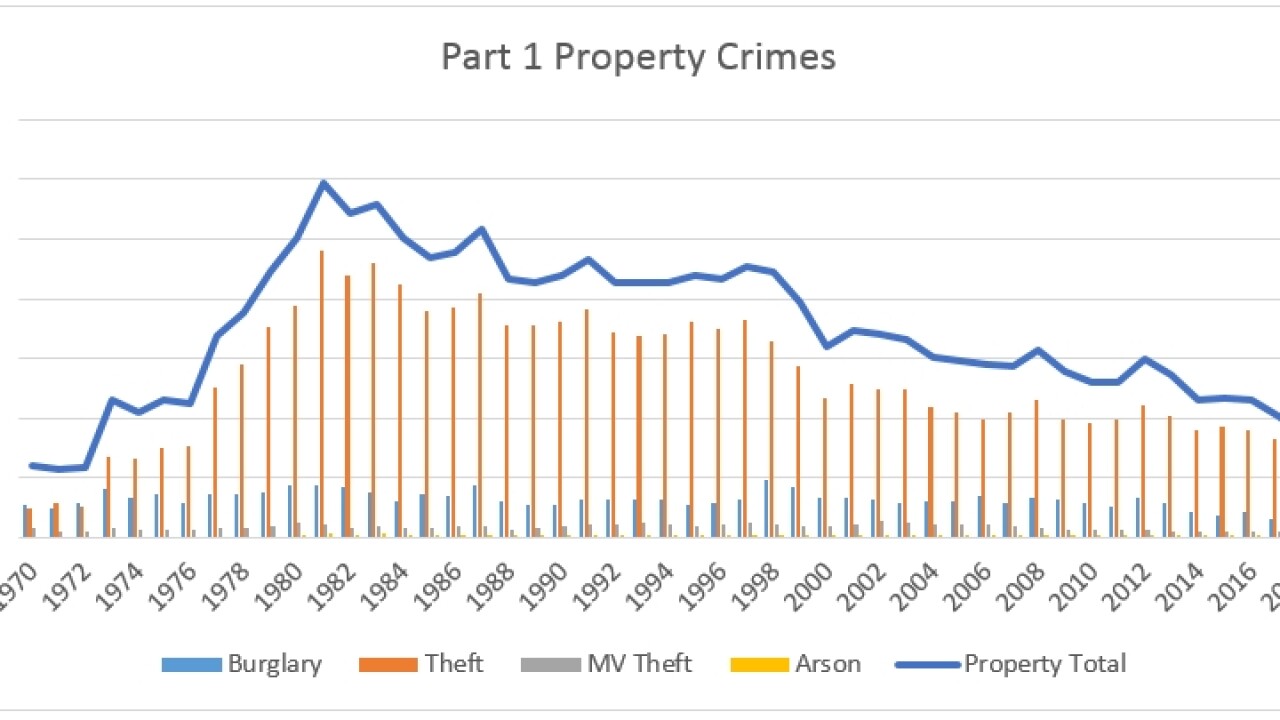 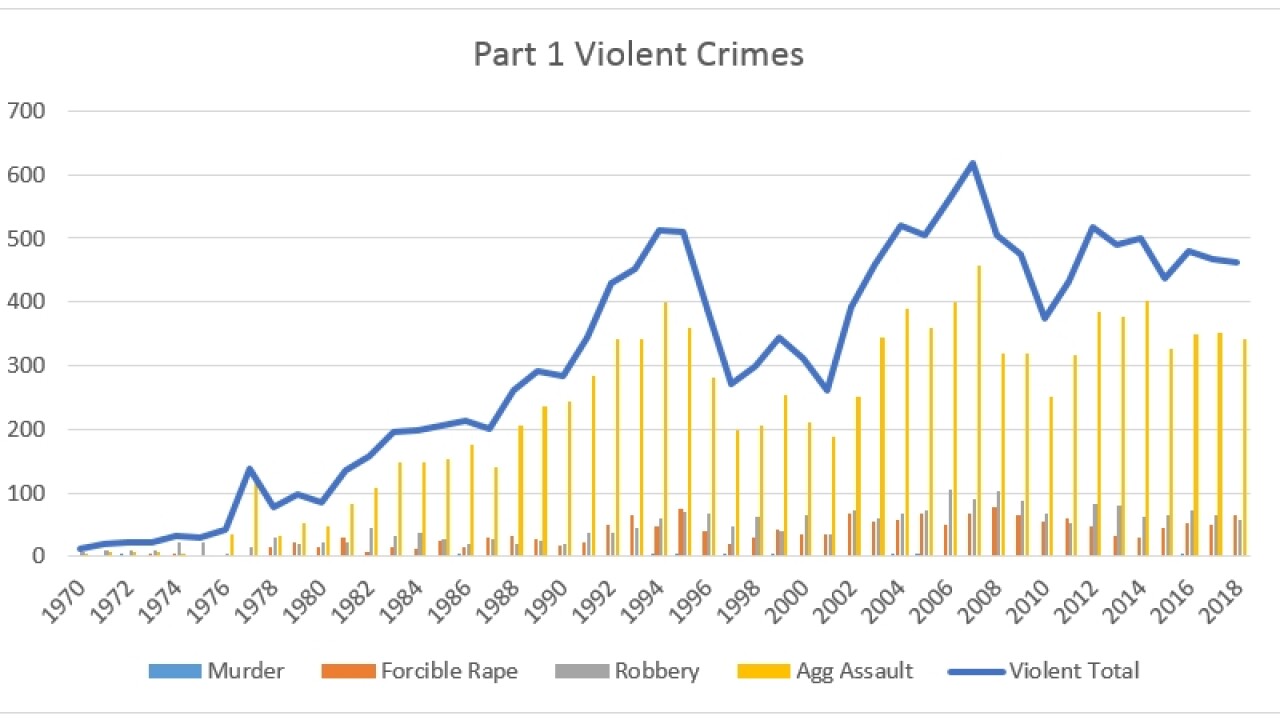 However, Green Police also acknowledge in a news release that certain crimes, such as rape, saw an increase from last year. Green Bay Police said there were 64 reported rapes in 2018, up from the 51 reported in 2017.

This release of data is part of Green Bay Police’s annual reporting to the Federal Bureau of Investigation for their Uniform Crime Report (UCR).

“These are very good crime numbers and crime rates we haven’t seen since the seventies and eighties,” Police Chief Andrew Smith said in a news release.

The Chief also noted that Green Bay Police are “doing more with less”.

“We are down 14 officers and still hammering away at crime every watch, every day,” the Chief stated in the release.