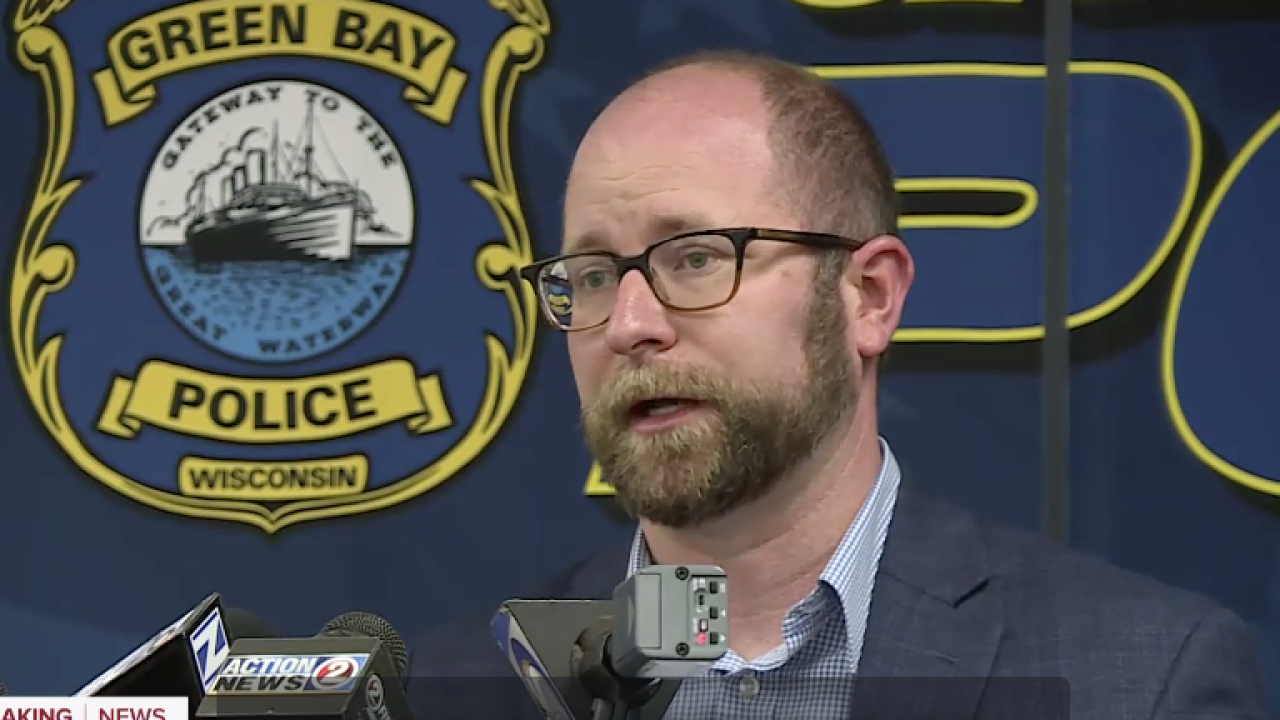 GREEN BAY (NBC 26) -- The Green Bay Police Department, along with the Green Bay mayor, held a news conference Monday after violence broke out during protests in the downtown area over the weekend.

The chief said the protests that carried out in the afternoon and early evening were peaceful. However, Chief Smith said rocks were thrown at officers at around 10:30 p.m. when they responded to a call of a child who was injured falling off a car.

Chief Smith also said officers responded to reports of looting at Marathon gas station on Walnut Street in the 10 p.m. hour. While helping the store close doors to stop further action, Chief Smith said someone outside the building fired shots into the store.

Green Bay Mayor Eric Genrich said residents can expect a curfew for Monday night. The exact details of the curfew are still being worked out as of Monday afternoon. The mayor called the violent behavior Sunday night "irresponsible and dangerous".

Also speaking at the news conference was the Mayor's first appointee to the police and fire commission, Rashad Cobb.

Next is @MayorGenrich first appointee — Rashad Cobb, who calls for people to protest peacefully, “I want to emphasize the peaceful part ... I challenge you to show up and vote at the next election,” complete your census, and asks minorities to consider law enforcement careers pic.twitter.com/WnoyhMqu0x

The Brown County Sheriff also spoke at the news conference.

Now from Brown County Sheriff Todd Delain: “your officers and deputies are part of this community ... we are sad and we are hurting like everyone else. It is important to know that we are in this together. We want to be part of making things better.” pic.twitter.com/sqvZtYEslU

GB Fire Chief Wiegert asking for cooperation — “all of our fire personnel support the first amendment,” asking for “safe passage so our ambulance can get in” to situations where protesters are hurt pic.twitter.com/OFPP3r1cBQ