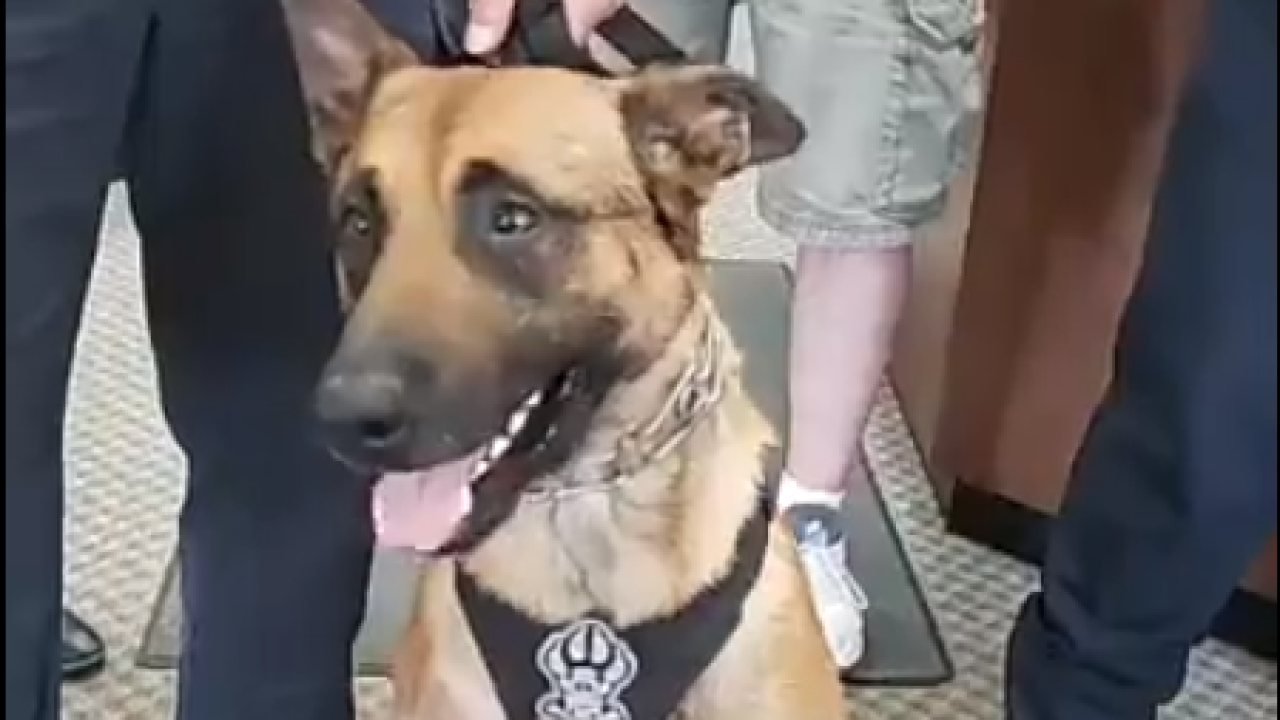 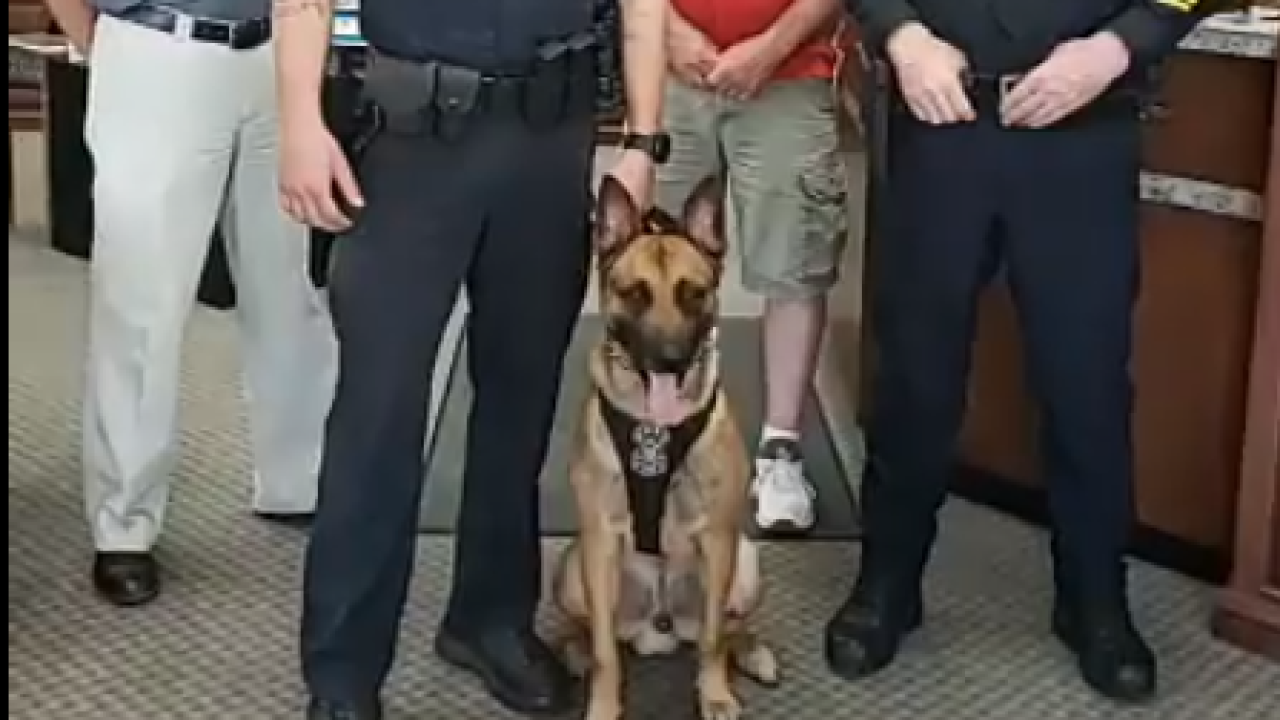 GREEN BAY, Wis. — K9 Pyro, the police dog who was stabbed during an arrest in April, is now returning to full duty.

Green Bay Police announced Friday in a Facebook post that a veterinarian has given Pyro a clean bill of health and the dog is "at 100 percent". The dog and his police handler, Officer Scott Salzmann, are now back on the road together.

"We're doing everything we were doing before our injury," Officer Salzmann says in the video.

Pyro was injured after police used him to subdue a suspect, identified as Sai Vang, back in April. Police responded to the home where Vang lived after authorities say he had threatened to shoot his father and responding police officers.

Earlier this week, a judge ordered Vang to get treatment as he was found incompetent to currently stand trial. A previously filed criminal complaint said Vang was diagnosed with paranoid schizophrenia. Another competency hearing for Vang is set for August.