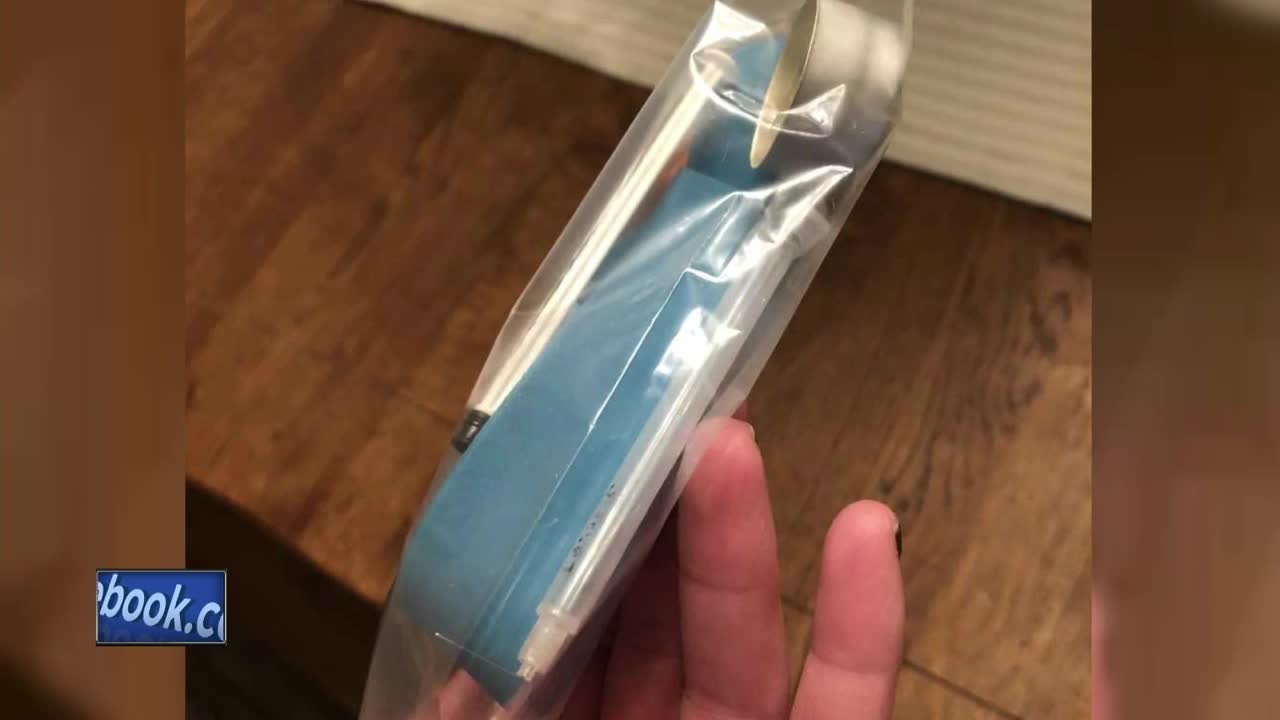 A Brown County foster mom says she was poked by a needle in a diaper bag. She not only wants the county to pay her out-of-pocket health costs, but she also wants a policy change.

BROWN COUNTY, Wis. — A Brown County foster mom says she was poked by a needle in a diaper bag. She not only wants the county to pay her out-of-pocket health costs, but she also wants a policy change.

The Szerkins Family says the county can drop off a child at their house at any time in an emergency situation.

"They can call you, you know 7 days a week 24 hours a day,” says Katie Szerkins.

Szerkins says that in February a child was dropped off at their house, and Katie was poked by a needle when going through the diaper bag. Szerkins says she saw the syringe before reaching in the bag but did not see the needle and thought the syringe was for giving liquid Tylenol. She says she had felt safe with the bag because it came from a social worker.

"I grabbed the needle, showed it to my husband, and we looked through the bag and found several other items that resembled drug paraphernalia,” says Katie.

Katie and her husband Keith called the police and say an officer took the items: a needle, rubber band, and what looked to be a cap with residue inside.

“The police officer was concerned that there could've been fentanyl in the diaper bag which can be life-threatening,” says Katie.

The Szerkins family says the officer was also concerned about diseases, so Katie went to her doctor and began preventative treatment for HIV, Hepatitis B, and Hepatitis C. She says she also must get 5 blood draws over the course of 6 months.

"My health won't be cleared until August of this year,” Katie says.

Katie is still in disbelief that drugs would be in a diaper bag.

“This is something we have to be careful for and we need to work to protect ourselves against."

The county said in a statement that the county initially offered to pay "unexpected reasonable and appropriate medical expenses."

But, the case took a turn, the county said when it looked like a lawsuit was coming. Katie said they did not ask for, and don't plan to ask for, anything but money to pay out of pocket medical expenses.

The Szerkins want a policy change to ensure items are searched before being brought into a home to protect other families. NBC26 reached out to the Wisconsin Department of Children and Families who says in a statement:

"Searching a child's things, especially when done in the context of removing a youth from their home, can cause unnecessary trauma to an already traumatized child."

The Szerkins are also hoping to have the county's support in a situation like this.

The Szerkins are just hoping their story can make a difference.

"We have nothing but the utmost respect for the Brown County social workers,” says Katie. “For foster care programs and we want nothing but good things for the program."

Katie said at this point, she's had 700 dollars of out-of-pocket costs. They had a difficult time finding a lawyer to represent them on the incident but tell nbc26 that they finally were able to find a lawyer who is just as passionate about foster care as they are.

They also have new support from State Senator Dave Hansen. He says Katie reached out to him and discussed what's going on. Senator Hansen says they will do what they can to help.

"We have people become foster care parents to do what's essential to help children get a better start in life,” Senator Hansen says. “It takes special people to do that and they shouldn't have to take on the risk of legal and healthcare bills when something like this happens. We should have their backs."

Senator Hansen adds he wants to make sure foster parents are well taken care of in a safe and healthy way. He says he is looking into what the current law is and how they may be able to make things better in these types of situations.