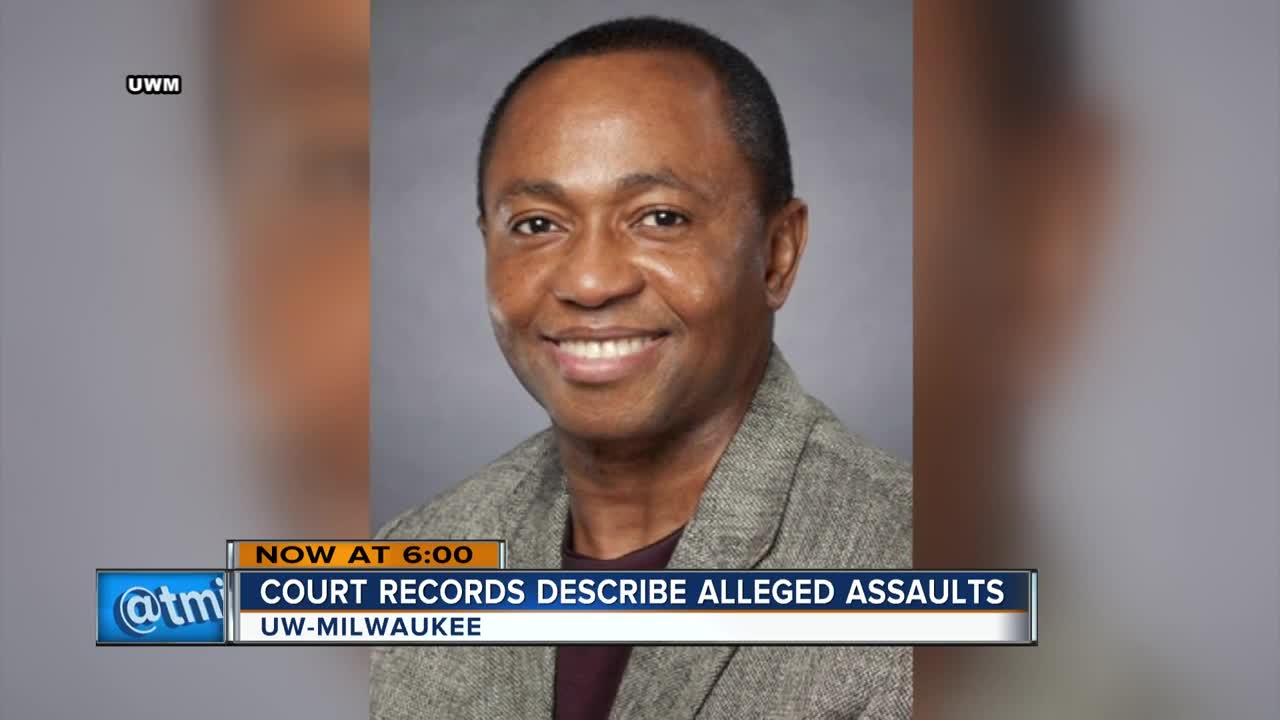 A UWM professor has been charged with three counts of sexual assault. 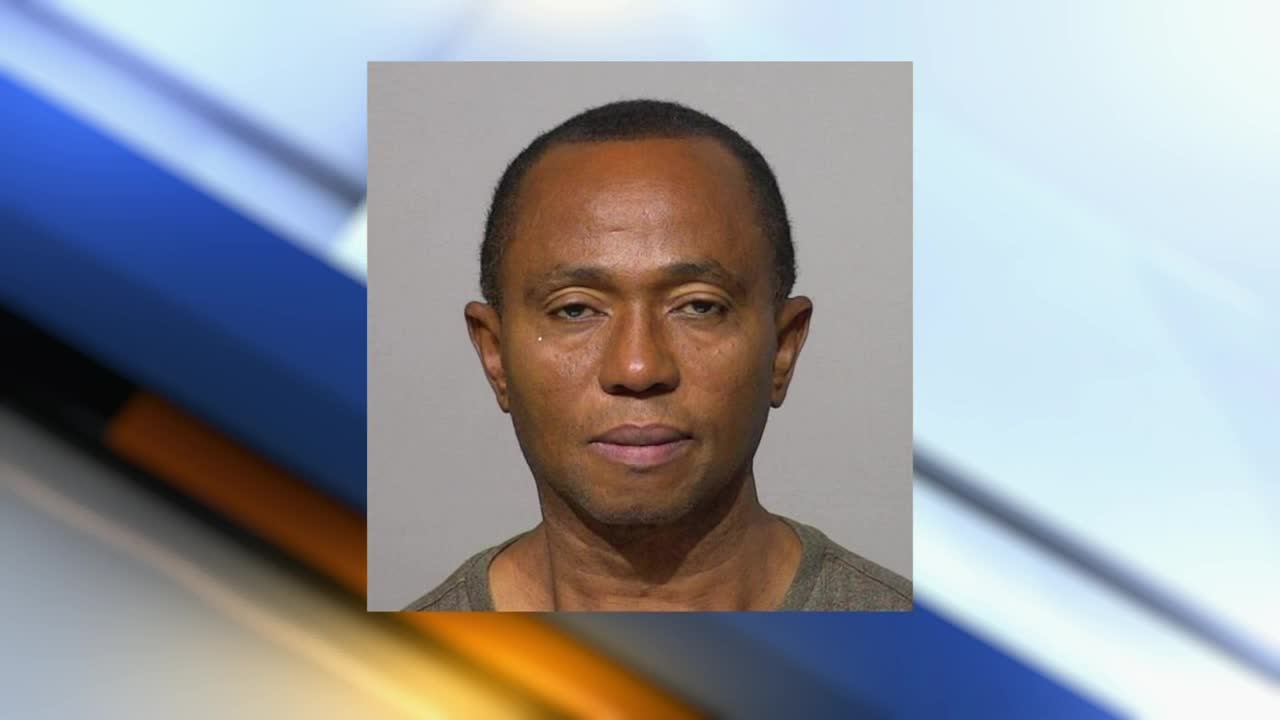 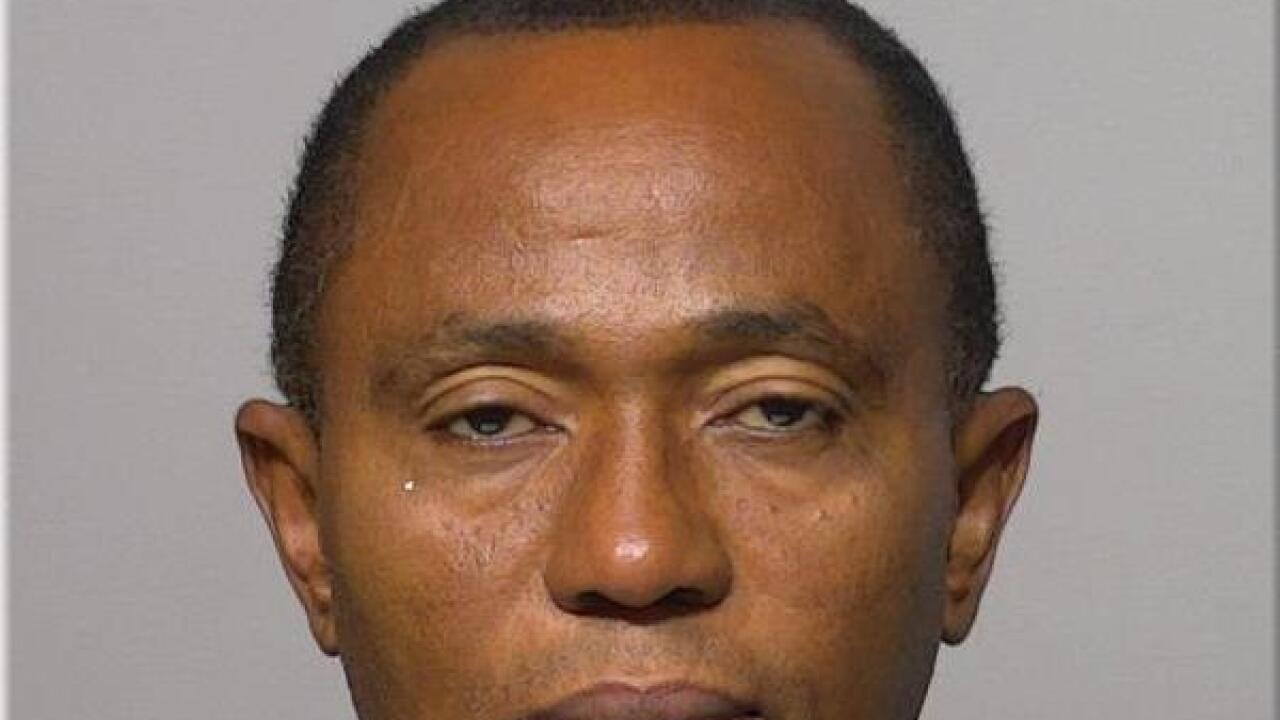 A UWM professor has been charged with three counts of sexual assault.

At the end of January, a former Ph.D. student accused Anthony Azenabor of multiple instances of sexual assault from spring 2018, according to a criminal complaint.

Azenabor is listed on UWM's website as a professor in the College of Health Sciences, and UWM tells TODAY’S TMJ4 he was hired in August 2001. The former student says Azenabor was assigned to her as a Ph.D. program adviser in 2016.

The two met regularly in 2017 for research-related meetings required for the program. The student told authorities that throughout these meetings the 58-year-old Azenabor “insisted on walking her to her car,” made inappropriate comments about sexual positions, and asked questions about the student's sexual preferences.

The woman says the professor would "tickle, pinch and hug" her, telling her these behaviors were normal in his Nigerian culture. She also explained to law enforcement he threatened her “not to ‘spread lies about him,’” and that he confessed his love for her.

These advances later led to sexual assaults, she said.

The victim says she did not initially report the professor's actions out of fear she would not be granted her Ph.D.

UWM issued the following statement in response to the charges against the Azenabor:

The charges against Prof. Azenabor are very serious. UWM police have been working closely with the district attorney’s office on the criminal investigation. The university administration is evaluating his continued employment. Prof. Azenabor is currently not assigned to teach any classes and does not have contact with any students. UWM is committed to maintaining a safe environment for all of our students, and we always encourage students who believe they have been victimized to come forward and speak to police. Their courage allows us to take action.

Through a university investigation, a second graduate student also advised by Azenabor reported similar conduct by the professor. This student also said she did not immediately report him fearing it would interfere with her graduate degree.

Over the weekend, UW-Milwaukee Professor of Health Sciences Anthony Azenabor was charged with two counts of felony sexual assault with the use of force and one misdemeanor count of fourth degree sexual assault related to interactions with UWM students. Yesterday, a Milwaukee County judge issued a no contact order, barring Professor Azenabor from the UWM campus. The charges against Professor Azenabor are very serious. Our UWM Police Department has been working closely with the district attorney’s office on the criminal investigation, and university leadership is evaluating his continued employment. While a no contact order was issued yesterday as part of the legal proceedings, UWM took actions previously to preclude Professor Azenabor from having any contact with UWM students. In addition, he is not teaching any courses this semester. UWM is committed to maintaining a safe environment for all everyone, and we always encourage students, faculty and staff who believe they have been victimized to come forward and speak to police and other resource offices as noted below. Those who report issues like this are courageous and their bravery allows us to take responsive actions.

Mone went on to offer resources to students and noted that updates will be provided as available while adhering to confidentiality provisions. They’re asking anyone who may have been victimized by Azenabor to come forward.

“Everything seemed normal. He was nice. He was knowledgeable about the subject,” Moen said.

She didn’t suspect anything wrong, until he left two-thirds into the semester and someone else took his place.

“We were all just kind of left wondering what actually happened,” Moen said.

UWM tells TODAY’S TMJ4 they can’t comment if his leaving in the fall was related to his recent arrest, but they say he’s not currently teaching any classes and they’re evaluating any future he may have at the school.

Students like Moen say they looking for more answers.

“I think we should have been told sooner, if they knew of course,” Moen said. “We want to know what’s going on and we want to feel safe coming to our teachers.”

A court order banned Azenabor from campus. He’ll be back in court March 13.