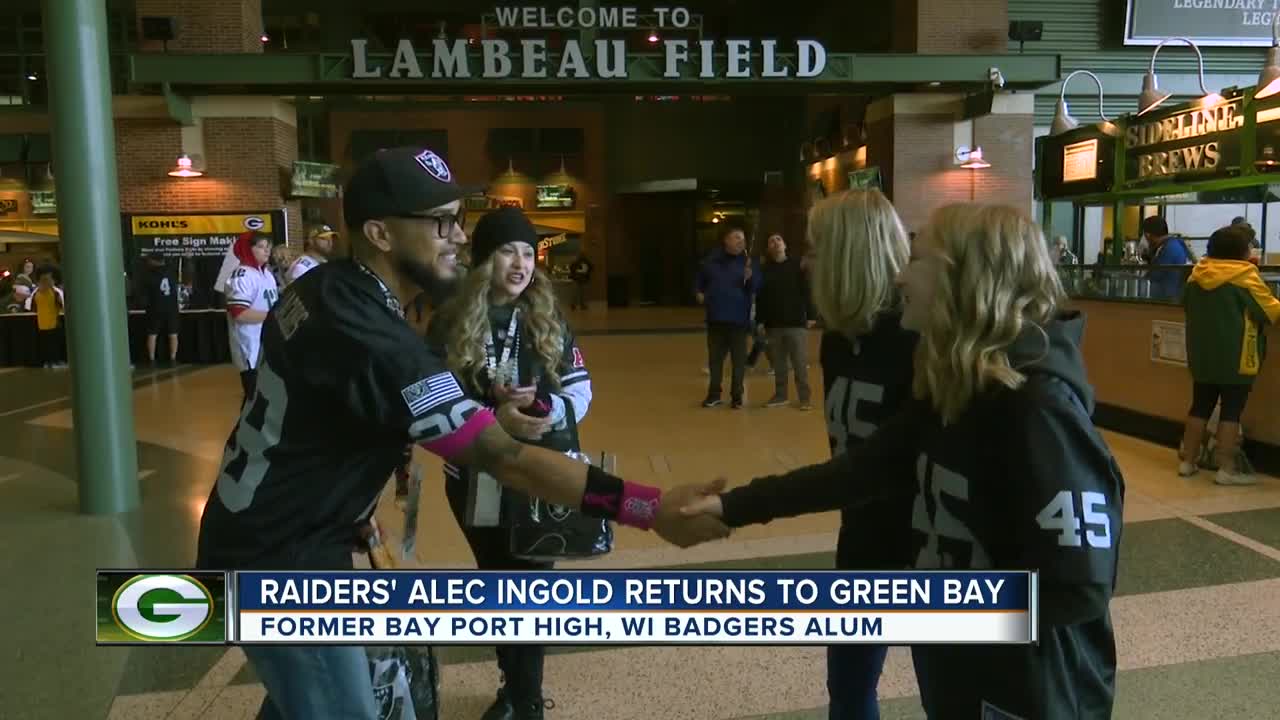 A local Packers family was caught wearing silver and black Sunday, but it was all for a good reason.

Chris and Sydnie Ingold say its tough sporting opposing team colors at their hometown turf, but they'll do anything to support their son and big brother, Alec.

“He’s always been extremely competitive and very driven,” said his mom Chris. “But for the percentage of kids that make it into the NFL, it’s slim to none. So to actually have him as a rookie playing, actually playing and at Lambeau, it’s surreal; you can’t even imagine what it’s going to feel like.”

Alec's family says #45 supporters were spread throughout the stadium Sunday.

“We have friends that are wearing black today and they usually wear green and gold, or a mix,” Chris added in.

But no matter what color he's wearing, he's always been someone his little sister says she admires.

“It is so amazing, having him as a role model to look up to is the best thing a little sister could ever ask for,” Sydnie said. “It’s so cool.”

The Raiders left Lambeau with a loss Sunday, but his family is still celebrating how close to home Alec came.