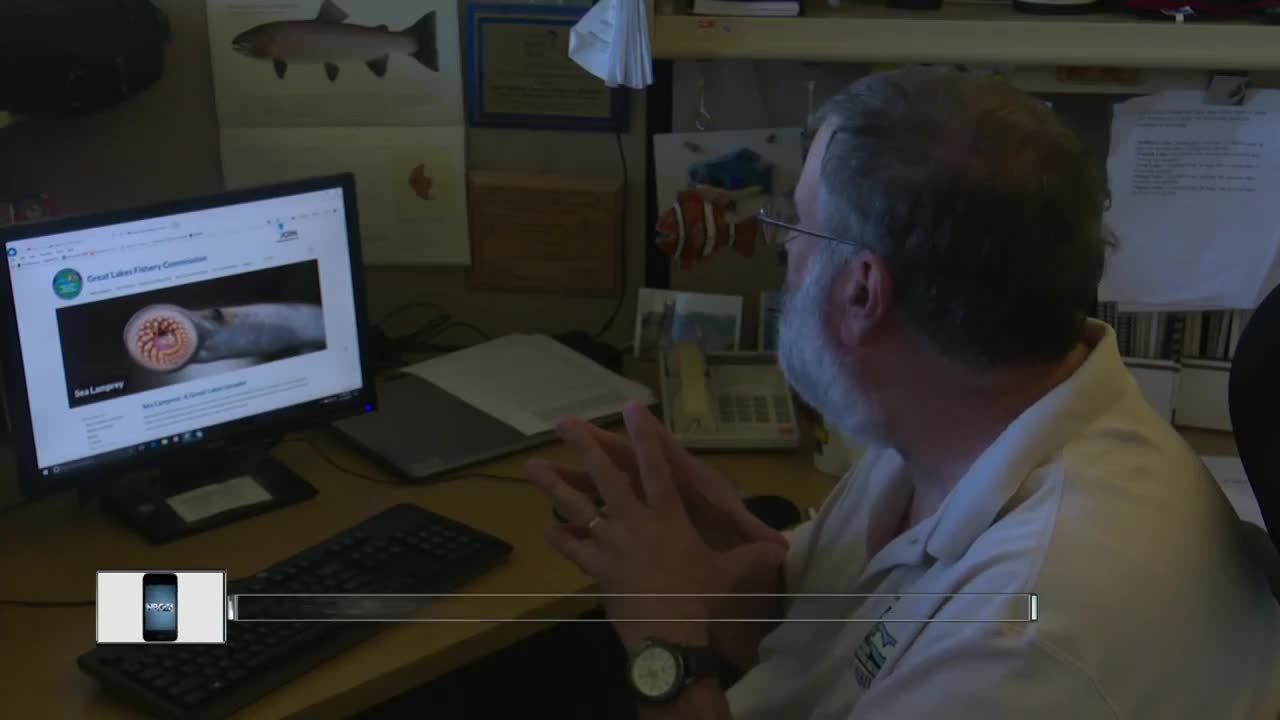 The Wisconsin DNR says sea lamprey have made their way from Lake Michigan into the lower Fox River.

GREEN BAY — The Wisconsin DNR says sea lamprey have made their way from Lake Michigan into the lower Fox River.

This "eel-like" parasite latches onto other fish with its teeth and sucks the fluids out of them.

The DNR tells NBC26 the invasive species hasn't harmed the fish in the river, but there is potential.

"Potentially they may prey upon some of the species that utilize the lower Fox River, mainly lake whitefish and lake sturgeon. Both fish have scales or bodies that are more conducive for a lamprey attachment,” said DNR Fisheries Biologist Steve Hogler.

The DNR says other fish like walleye, musky and bass are less susceptible. Anglers say they're thankful there are locks to keep sea lampreys from swimming into Lake Winnebago.