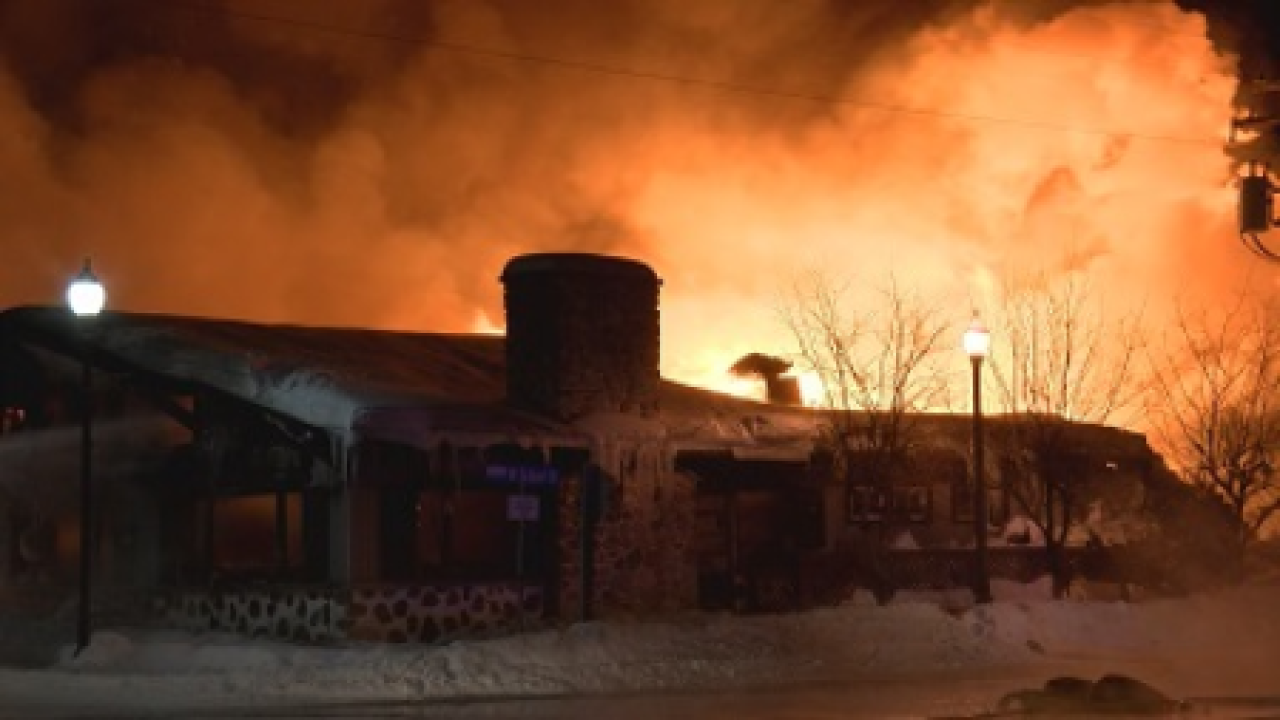 According to News Watch 12, Fire engines from multiple agencies arrived on the scene as Cassie Stedman watched the inn burn.

"A lot of memories, a lot of good times, good friends, family," said Stedman, who has been coming to the Oneida Village Inn for years.

The Inn has long been part of her family, where they celebrated life's biggest moments.

Laura Forsyth Madel was bartending when she smelled smoke. She didn't see any flames in the restaurant section of the Inn.

"[We] got some calls from people in a room saying they could barely breathe and couldn't get out. So we ran out to get people out of windows and in the back of the motel, that's when I could see flames" said Forsyth Madel.

Forsyth Madel says she tried to make sure no one was inside.

This is the second building in Three Lakes to be destroyed by fire in a month. On February 13 the 3 Lakes Diner caught fire.

It'll be quite some time before things go back to normal in this small community.

"I don't even know if its sinking in, tomorrow morning, it'll be a few days," said Forsyth Madel.

"[A] huge legacy of our town is gone so it's a sad day," said Stedman.

The building is a total loss.