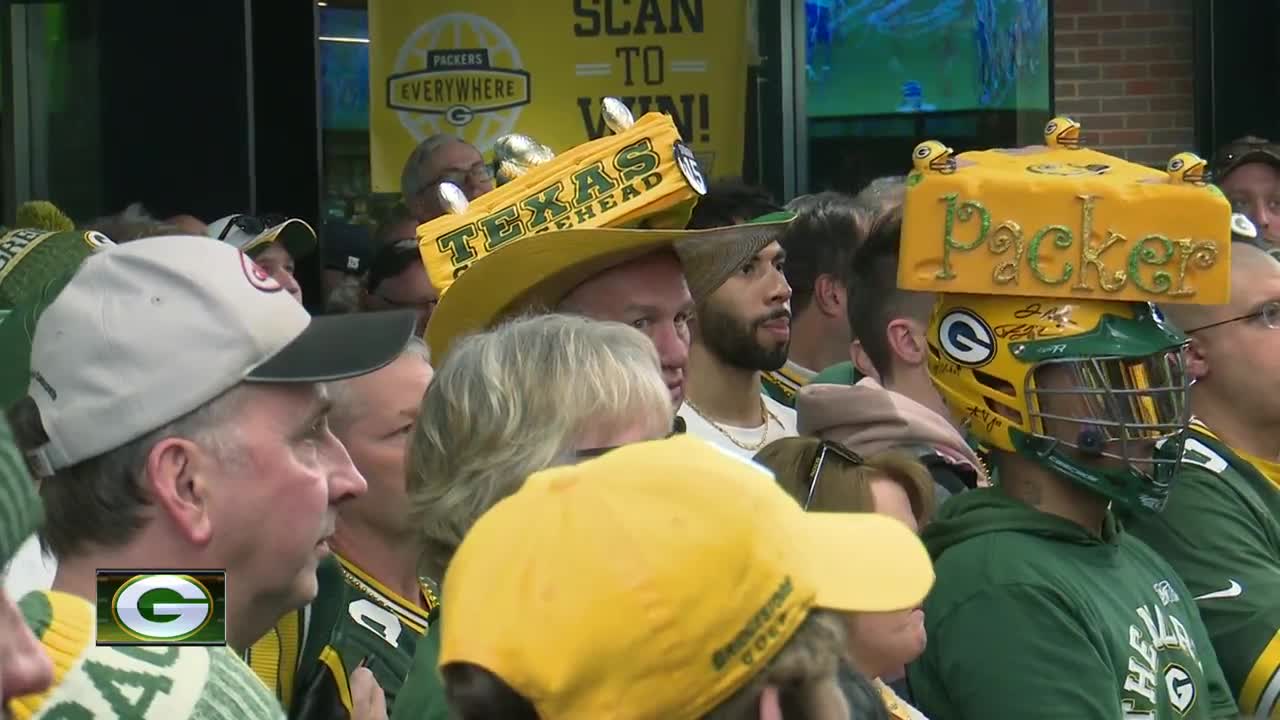 A Packers Everywhere Pep Rally drew a ‘packed’ crowd to The Turn in the Titletown District. It’s the first time holding an event like this there; and it turned out to be a success.

Fans from Arizona, Florida and even close to home in Appleton came out to celebrate; including a few Seahawks fans.

"We came for Scott's birthday and it's our son's first time,” said Tricia Stanfield of Florida.

For a special way to pre-celebrate, Packers President and CEO Mark Murphy stopped down, as well as a few Packers alumni.

"It's always humbling,” said Al Harris. “Just to come back and see everything that's built up around the stadium, this place is awesome."

Fans say it means a lot to host Sunday’s game and they're counting down the hours until the Packers take the field.

"Packers and the Seahawks, we all know the history, you know, what's going to happen? But it's at Lambeau, so we're good to go,” said Lane Furseth of Appleton.

Tom Messner from Phoenix said he’s hoping for a blowout.

"It's very stressful, I hope it's not going to be, but it's going to be because it’s the Seahawks,” added Kayla Brusseau of Phoenix.

The Packers face off against the Seahawks Sunday at 5:40 p.m.