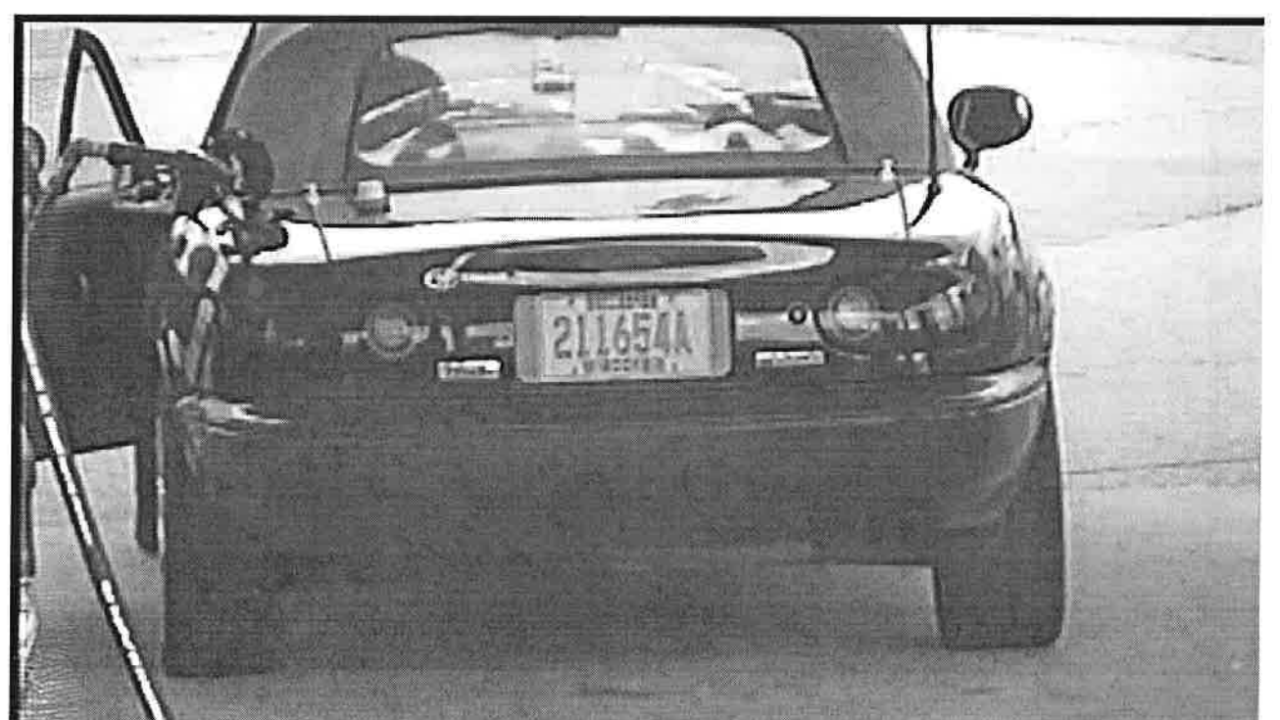 DOOR COUNTY (NBC 26) -- The Sheriff's Office in Door County says a stolen car was spotted in Oshkosh on June 24th.

Authorities say a black 1995 Mazda MX-5 Miata convertible was taken from the southern part of Door County between June 20th and June 23rd this year.

The car was last seen at a Kwik Trip in the Oshkosh where authorities say it was involved in a gas drive off.

The Mazda had collector plate 211654A on it when it was involved in the drive off. Expired WI plate 497-NXD was also with the vehicle when it was taken.

Anyone with information on this case is asked to contact the Door County Sheriff's Office at (920)-746-2555.