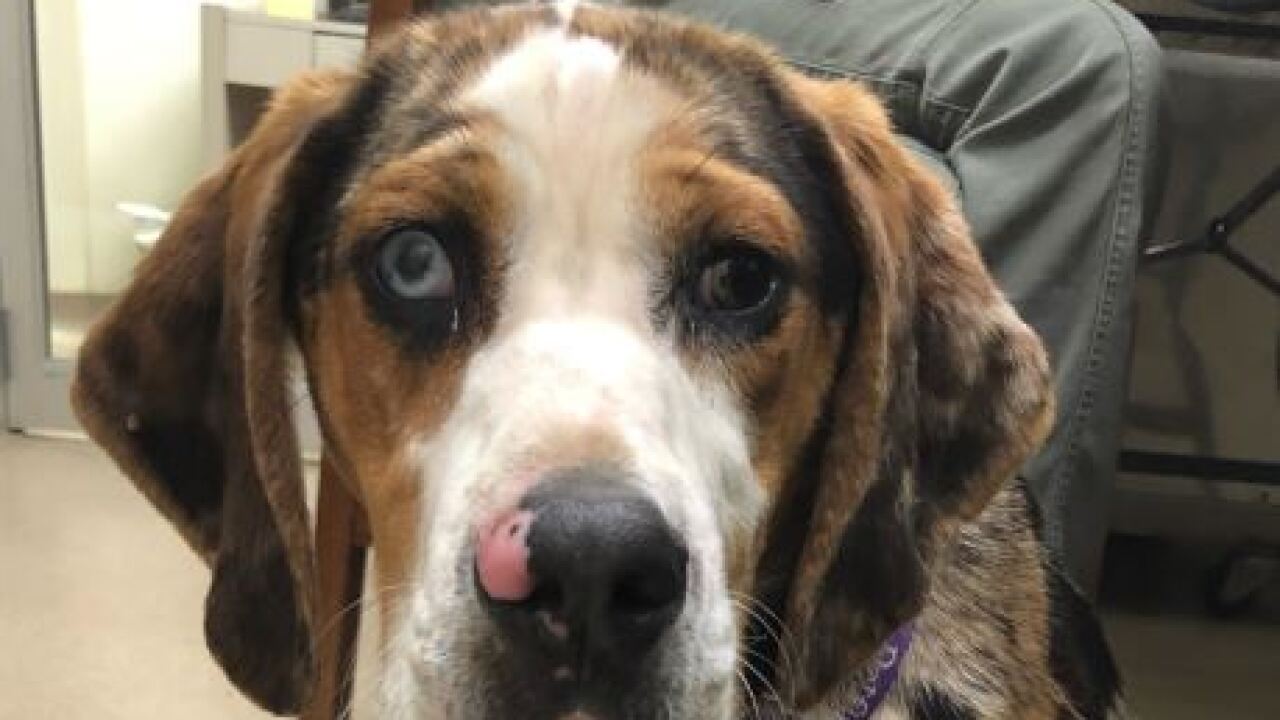 Mann, Katherine J.
Police shared this picture of a dog found April 30, 2019 with a broken leg and injuries caused by a firearm, police say.

OSHKOSH, Wis. — Police say a dog was found in Oshkosh with a broken leg and injuries caused by firearm.

According to Oshkosh Police, the dog was found April 30, limping around the area of Jackson St and Smith Avenue in Oshkosh.

Police say the dog was turned over to staff at the Oshkosh Area Humane Society. X rays revealed that the dog’s leg was severely fractured and required leg amputation, police say. According to police, X rays also revealed that the dog had injuries caused by some type of firearm.

Police believe that the dog may have come from the Omro area before being located on Jackson St in Oshkosh. If anyone has any information regarding this incident, they are encouraged to contact the Oshkosh Police Department to speak with Detective Hinke at 920-236-5703.