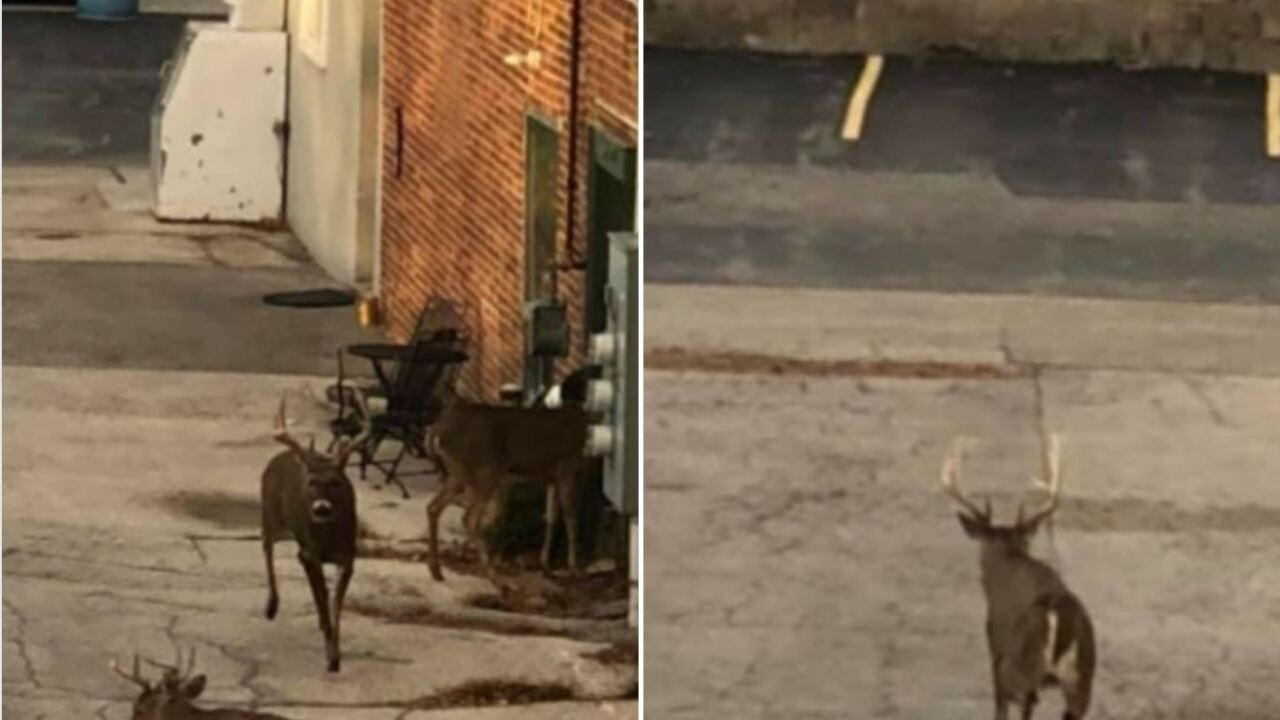 The police department shared these photos of two bucks, and what looks like a doe, Thursday ahead of the gun deer opener.

"The deer even know its deer season this weekend and are moving into the city. Bucks spotted in downtown De Pere this morning doing some shopping," they said on Facebook.

The post has been shared more than 1,000 times. One commenter, Pat Schrader said, "No. Got rudolph for not having his blinker on." Another person, Camron Bauer commented, "They HERD about DOE weekend and wanted to SCOPE out some routes."