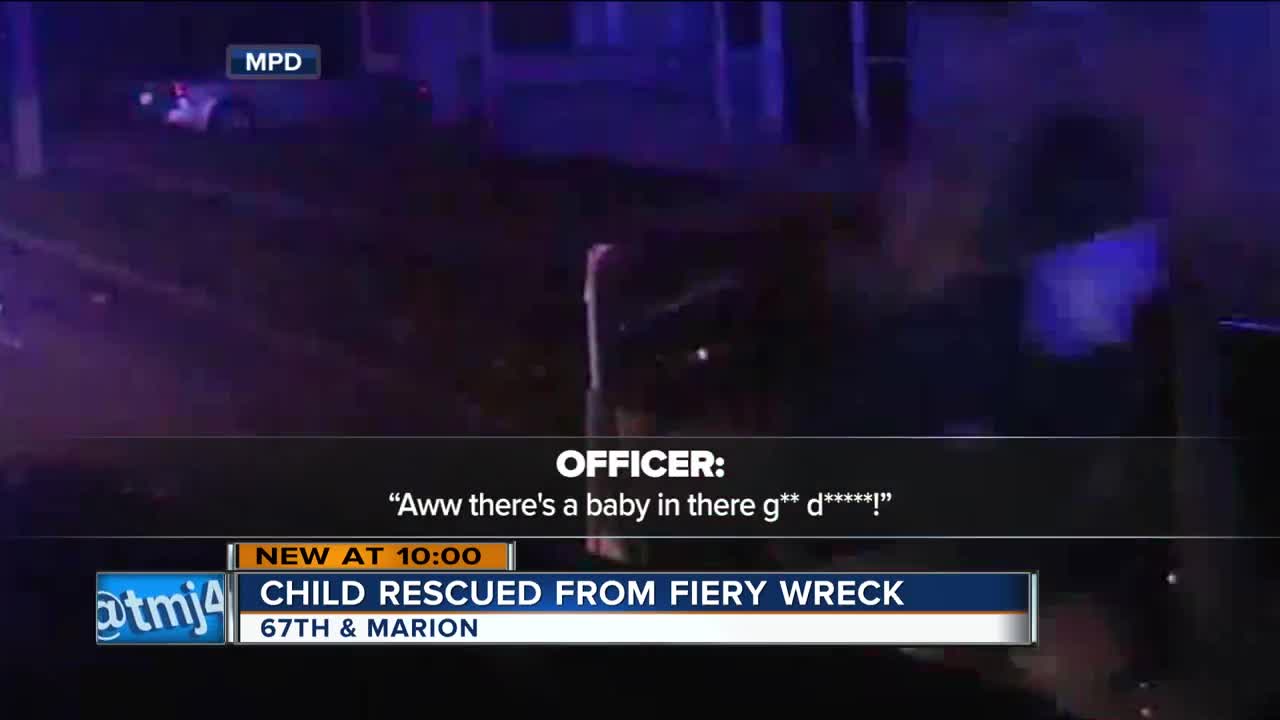 Last week a crash on Milwaukee’s northwest side left one person dead and a child injured. The driver in the car is now facing charges, police said.

Last week a crash on Milwaukee’s northwest side left one person dead and a child injured. The driver in the car is now facing charges, police said.

Milwaukee police released dashcam footage of the aftermath of the crash near 68th and Congress on Oct. 25.

The driver, Taylor Arms is accused of fleeing police. She lost control of the car and crashed into a tree. Her front seat passenger died in the crash and a 2-year-old was hospitalized.

Police released dashcam video of the crash on Wednesday. In the video, the officers follow the car, which crashes into a tree.

Officers attempt to break the glass of the car, which has started on fire from the crash. They first pull the driver out of the car, and eventually rescue the child still inside.

Police said Arms tried to elude police after an attempted traffic stop and officers did not further the pursuit.

Arms continued to drive recklessly, losing control and hitting a tree at 67th and Marion.

“Fleeing from police is not only a Felony, it’s DANGEROUS!” MPD said in the description of the video. “Recently, Taylor M. Arms was charged with the death of her front seat passenger after she decided to flee from police on Thursday, October 25, 2018.”

Watch the full video below: