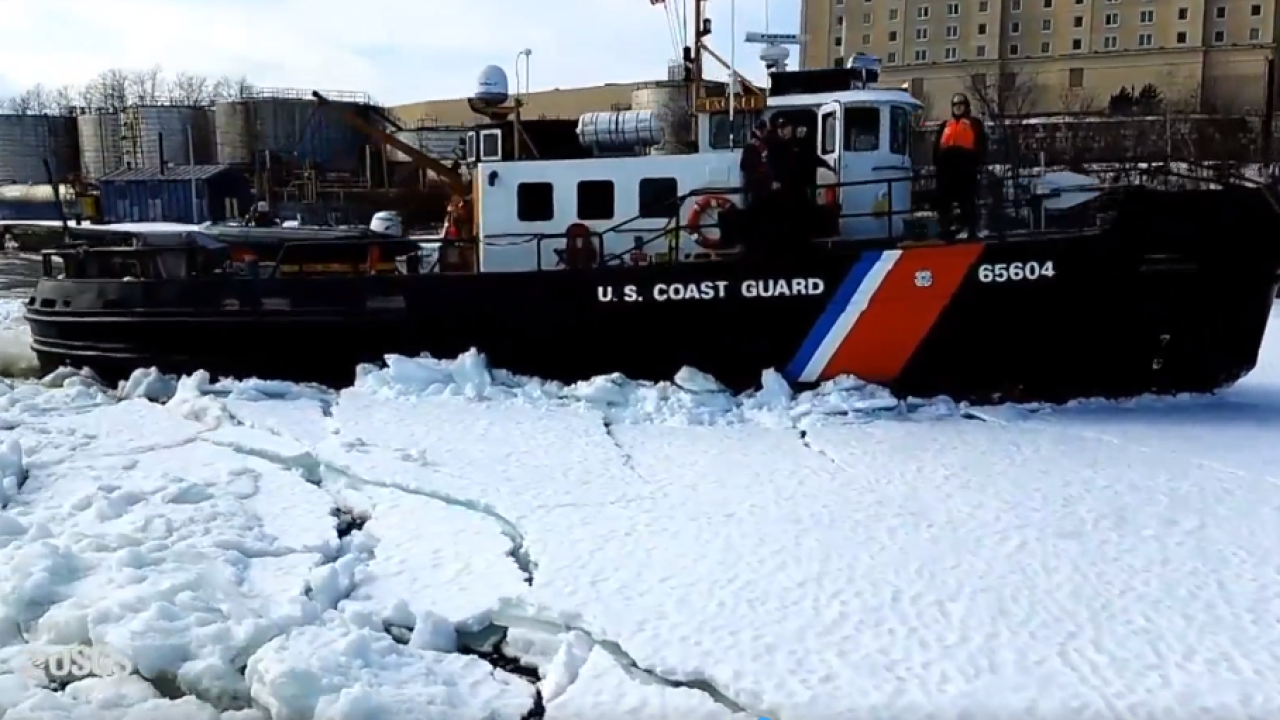 File photo of Coast Guard boat on the ice

USCG says in a news release icebreaking operations will involve fracturing ice and track preparations to the port cities of Escanaba, Marinette-Menominee and Green Bay. Ice breaking and track work will also occur west of the Sturgeon Bay Ship Canal. The Coast Guard says the timing and location of these operations will depend on weather and wind conditions.

The Coast Guard says ice breaking operations may take several days to complete. According to a news release, commercial carriers are expected to begin transiting the bay of Green Bay on or about April 3rd.

The Coast Guard recommends members of the public who recreate on the ice, particularly those who fish, or operate snowmobiles or all - terrain vehicles on Sturgeon Bay or the bay of Green Bay, to plan their activities carefully, use caution on the ice, and stay away from shipping channels. Ice breaking activity can weaken ice far beyond the tracks created by the icebreakers.