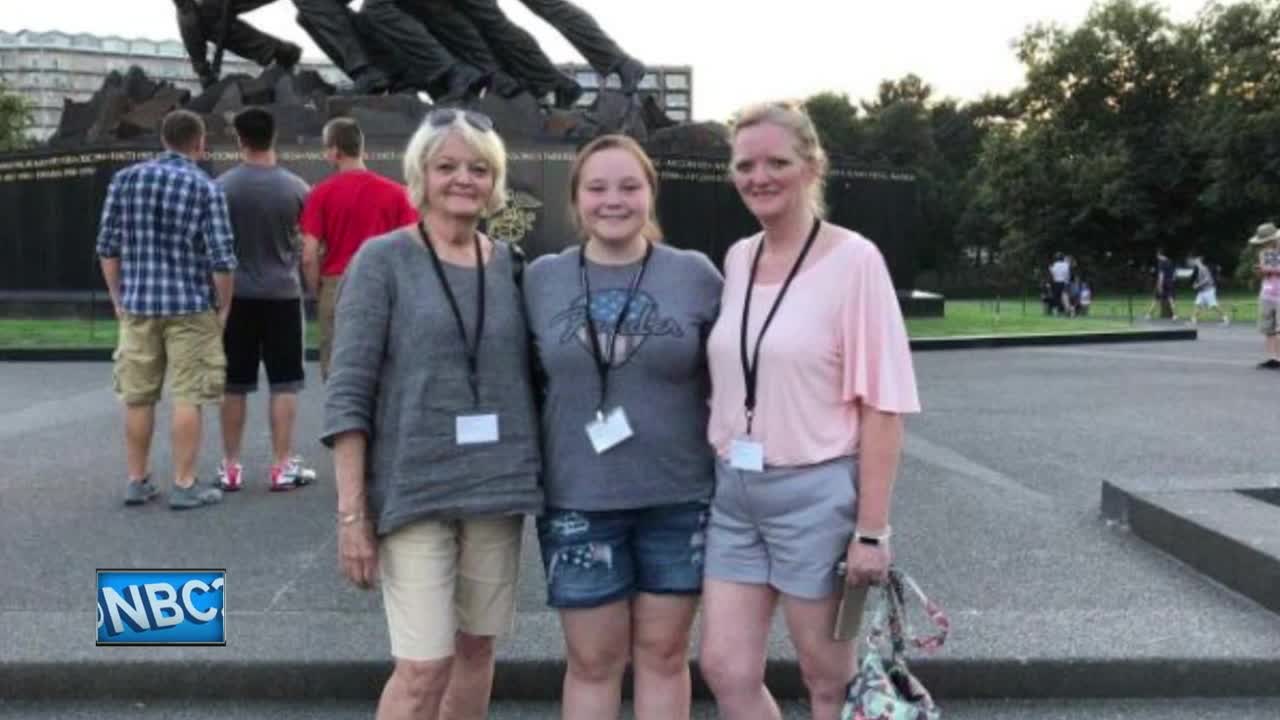 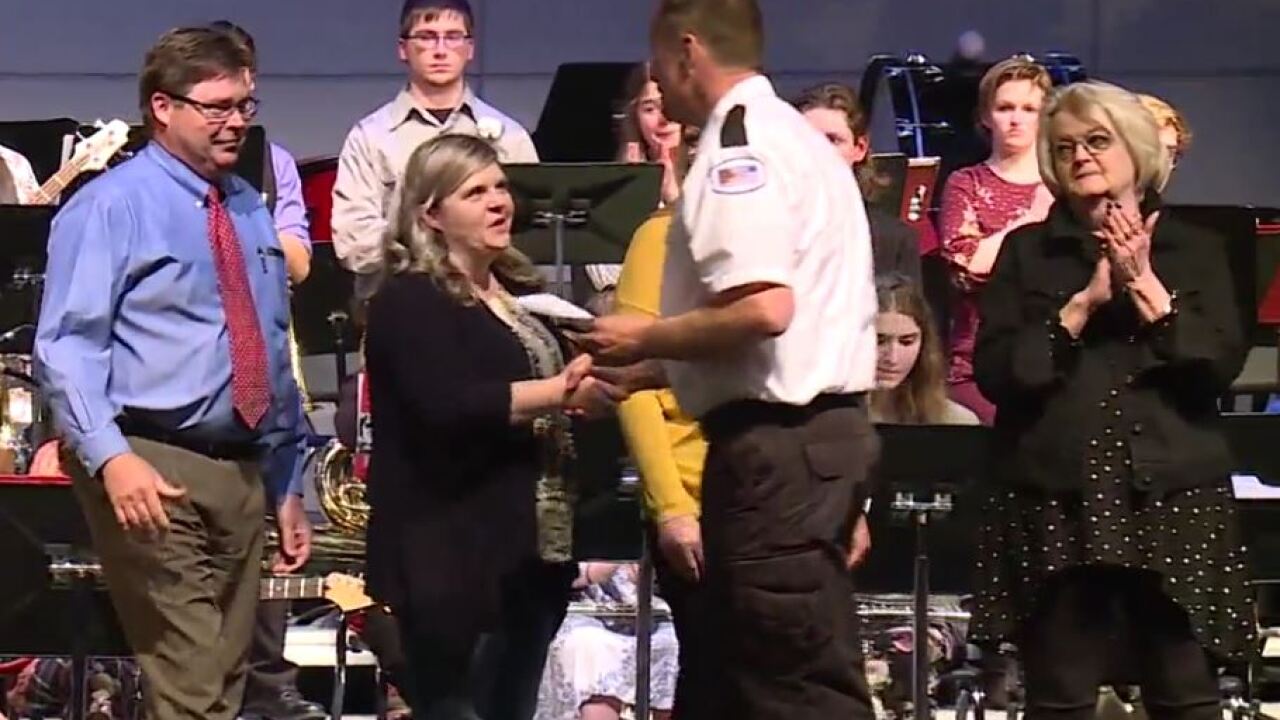 HORTONVILLE, Wis. — As the trumpets blared and the saxophones sang, all the focus was fully on the Hortonville High School Band.

Then, when the music reached it's final note and another group took the stage, there was another reason for applause on Monday night.

"Then they started talking and I'm like, 'uh oh, something's up.' Yeah, I was surprised," Tom Veeser said.

Veser, Michelle Medvecz and Jennifer Hohn were honored on stage for saving Linda Leith after she suddenly went into cardiac arrest on a band trip in Washington D.C. last July.

"The doctor said 'you're a miracle' because you should not have survived what happened to you," Linda said.

Linda was pulseless and not breathing for six and a half minutes. She woke up not knowing she had collapsed and not knowing her daughter, Michelle, and two others had saved her life.

"It wasn't my time apparently, and you spend some time thinking about what it is you should be doing to make use of the gift you received," Linda said. "That's a big thing to me."

On Monday, it was another chance to say thanks. Other days it's sharing the importance of learning CPR.

"Knowing that you have a classmates mother and grandmother that were saved by appropriate CPR and training, that's just so powerful when you see it first-hand take place," Tom said. "I'm just happy that we could pull the story together, but as importantly, that she's running around and going to more band concerts."