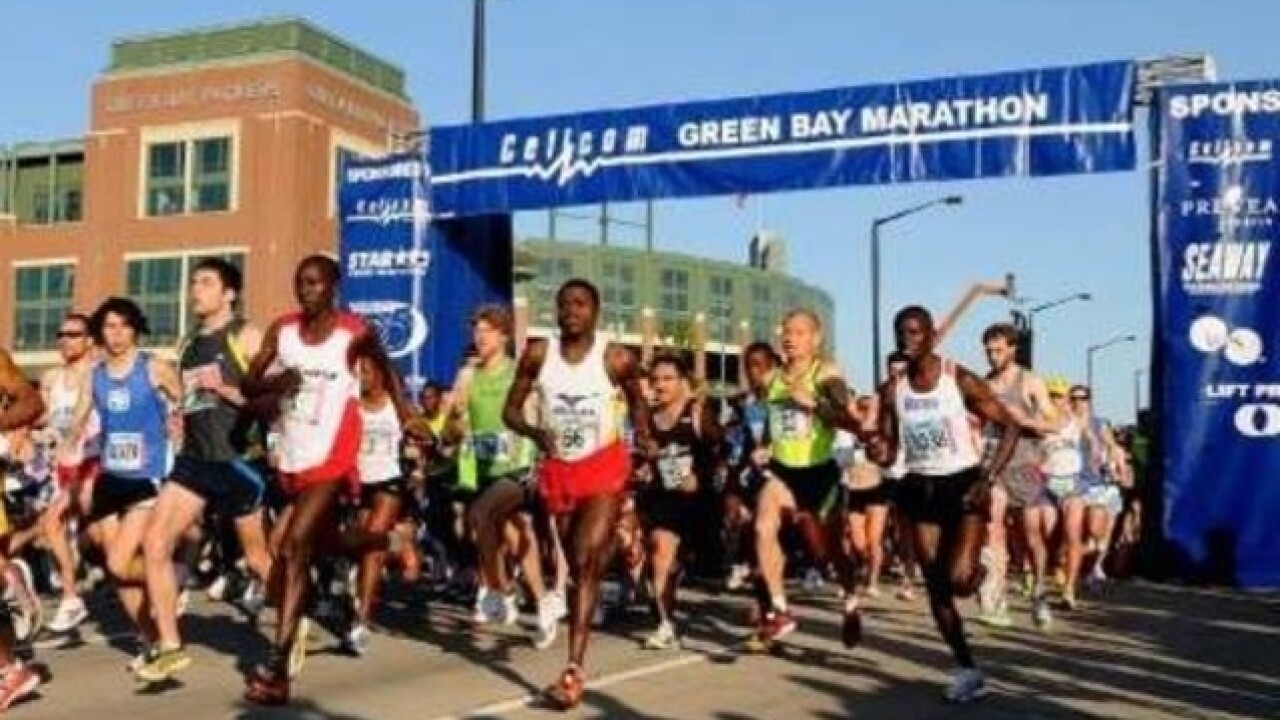 GREEN BAY, Wis. — Sunday's Cellcom Green Bay Marathon is cancelled because of flooding on the course.

Marathon runners still have the option to run the half marathon, which remains open.

The half marathon begins at 7:30 a.m. in the same spot as the marathon, and marathoners can report to the same wave they were initially assigned to for the full distance.

Those water levels could rise as rain moves into the area overnight, and expected strong winds could move water.

Marathon officials say they remain in contact with the National Weather Service about lingering concerns for storms on Sunday.