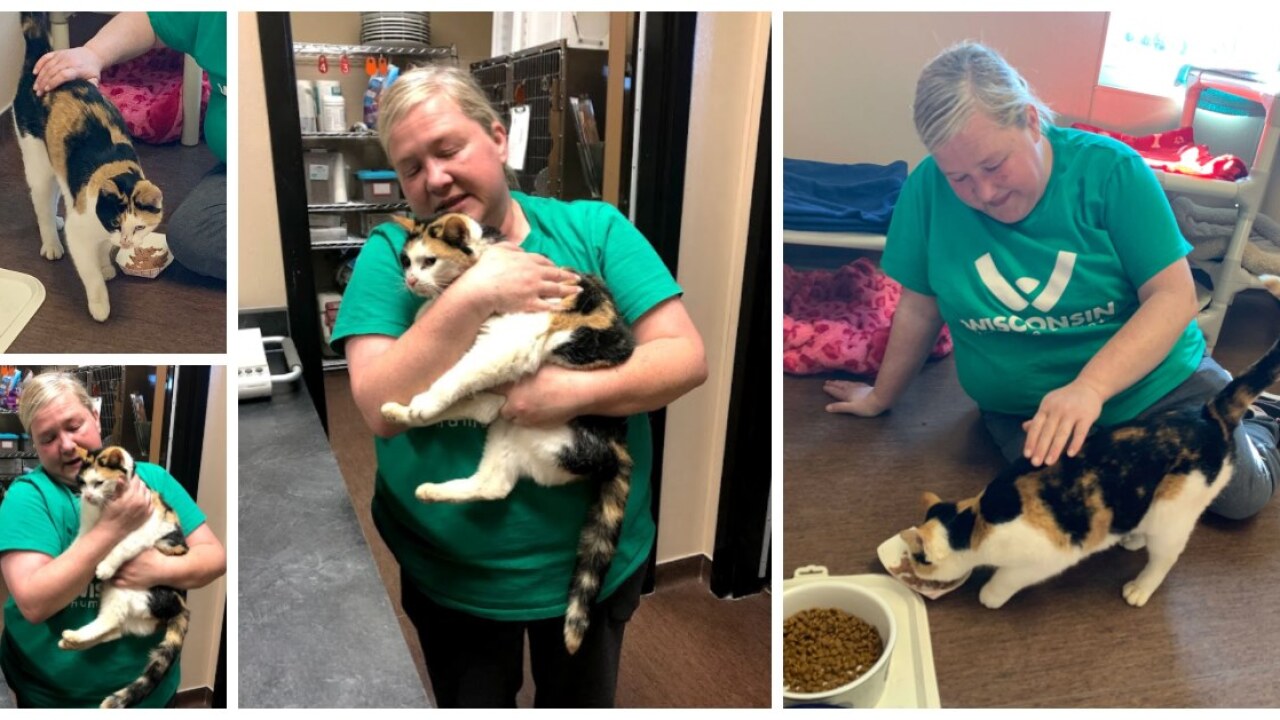 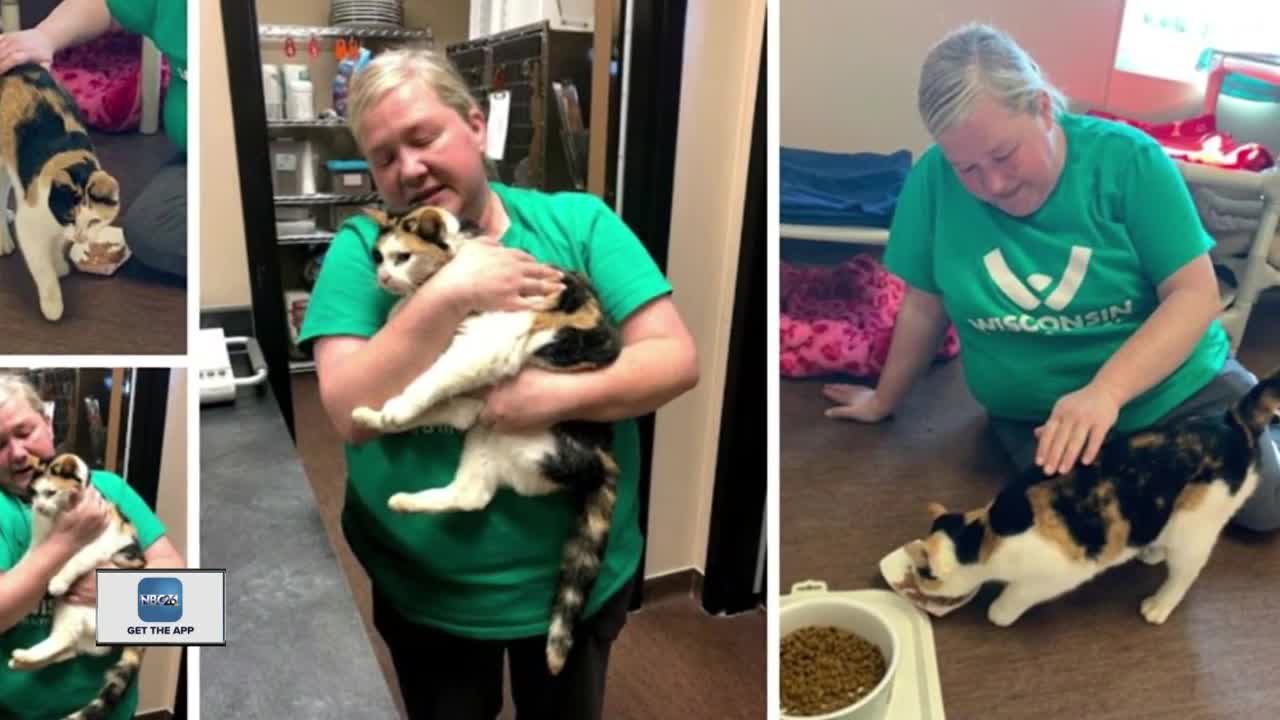 "Instantly I knew, this is Barty. This is my cat. I just started crying," said Sally Alfonso.

According to the Door County Campus of the Wisconsin Humane Society, a police officer brought in a stray cat on Tuesday. The shelter's Adoption Counselor and Animal Care Technician, Sally, went to the office for what was expected to be a routine stray intake exam. The shelter says Sally immediately recognized the cat as her lost pet, Barty.

Barty had been missing for 10 months. He disappeared while Sally was recovering from heart surgery in the hospital in February.

"I just had that faith that I'd find her someday; I just knew I would," she said. "I guess I'm just a crazy cat lady."

After giving the cat some food, Barty was taken home and reunited with the rest of her family. Sally says Barty is doing great and is healthy. Her husband and 9-year-old son, who named her, is also happy to have her back!

The Wisconsin Humane Society in Door County says last year, they were able to reunite 81 lost dogs and 22 lost cats with their families.