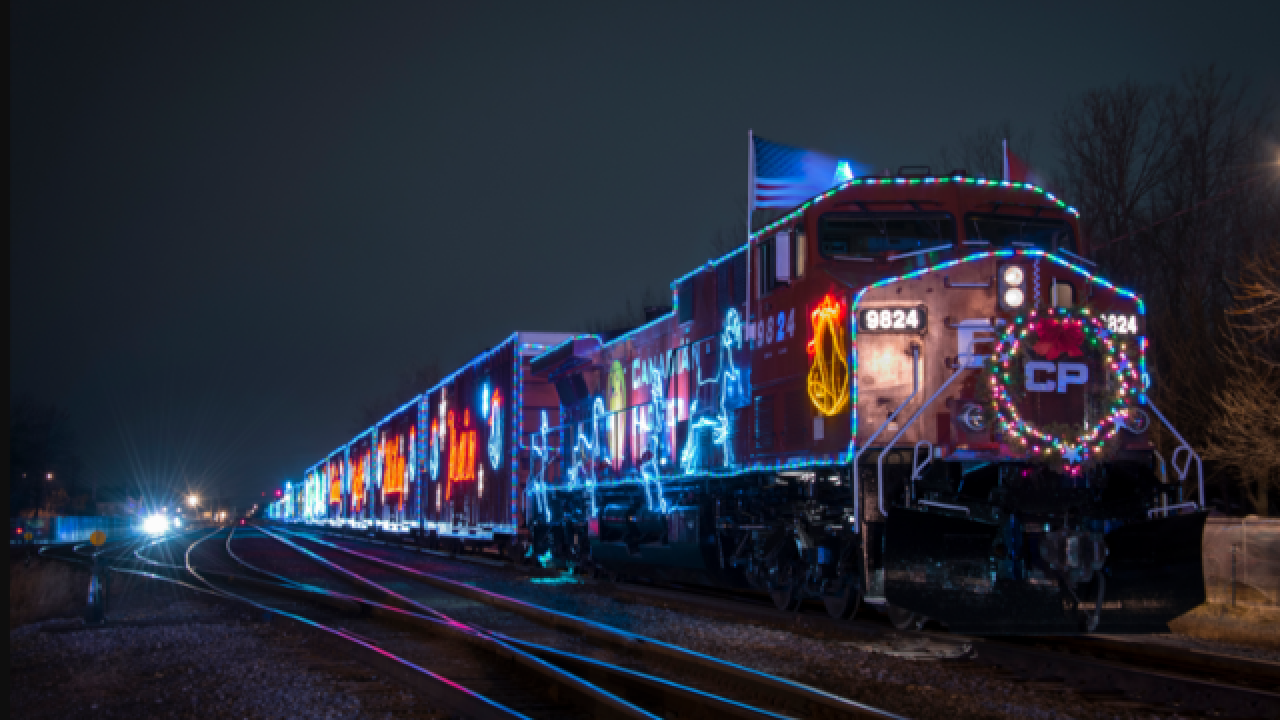 The train will be at the Sturtevant Amtrak Depot at 6:50 p.m. and the Caledonia Depot Tavern at 8 p.m. Monday.

Tuesday, the train will stop at the Wauwatosa Harwood Avenue Crossing, the Hartland Level Crossing, the Oconomowoc Silver Lake Street railway crossing, in Watertown near the Brandt-Quirk Park parking lot and at the Columbus Amtrak Depot.

There will be entertainment for the whole family, including performances by Meghan Patrick, Tanika Charles and Kelly Prescott. Along the way, the train will be collecting money and food for food banks.

Wisconsin is one of the six states the train stops in. Other states include New York, Illinois, Minnesota, Iowa and North Dakota. The train also stops in Quebec, Ontario, Saskatchewan and Alberta in Canada. Visit the holiday train's website for more information and stop times.