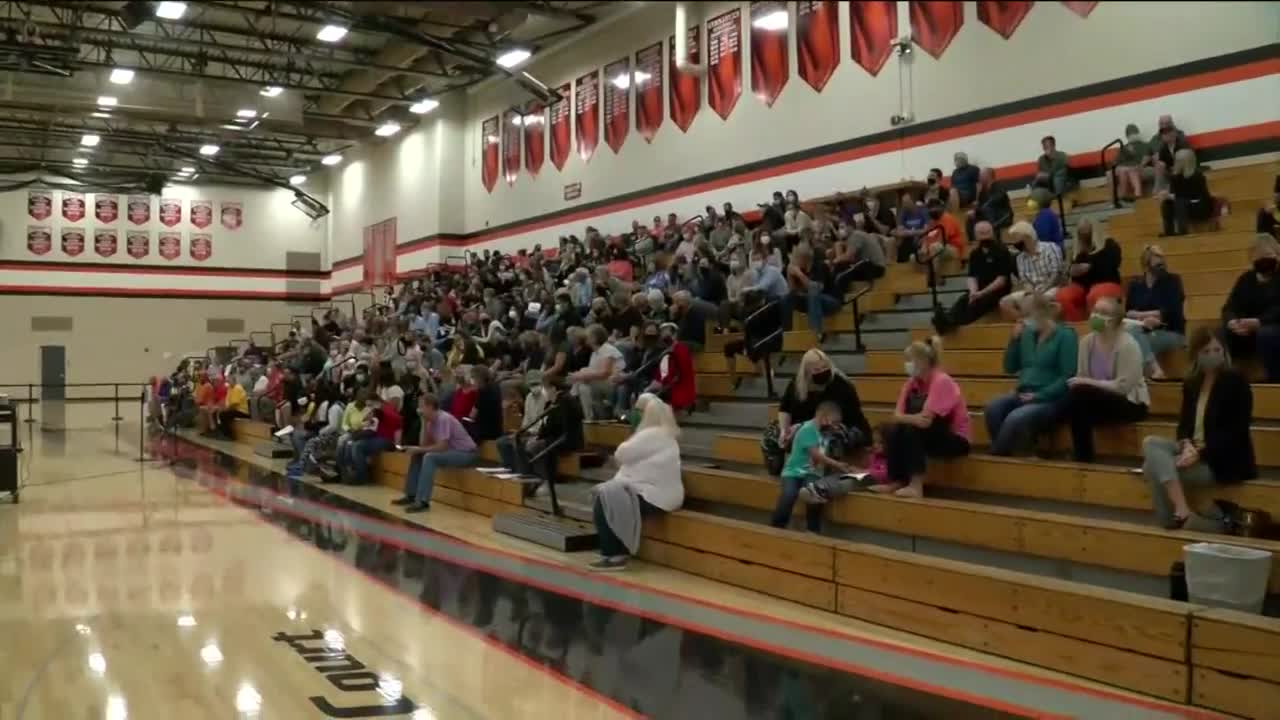 Over 100 members attending a meeting Monday night either showed support or expressed criticis m over the materials.

A Burlington Area School District teacher is facing criticism and support for including Black Lives Matter resource materials in a lesson with her fourth-graders.

Superintendent Steve Plank sent out a letter last month, writing that as students were asking questions about unrest in Kenosha, a fourth-grade teacher at Cooper Elementary shared Black Lives Matter resource material as part of a Social Studies class.

Plank said this was an "individual decision" and not part of the approved curriculum.

"When we explored why this material was used, we learned that the class discussion ranged from how police officers protect us to why protests sometimes turn violent," Plank wrote in the letter.

The teacher has been identified as Melissa Statz, and a district spokesperson says she was hired last month.

"While we are committed to creating more opportunities for conversation, we seek to do this from a neutral perspective. We have reminded staff to use supplemental resources that are age and developmentally appropriate without religious or political influence," Plank wrote in the letter.

Dozens of people gathered at a school board meeting Monday night to express their thoughts about the lesson. Public comment lasted for nearly two hours.

Some spoke in support of the teacher.

"Black Lives Matter is not religious, it is not political, it is a human right," said Darnisha Garbade, who leads up the Burlington Coalition to Dismantle Racism.

Others said they believe the teacher is promoting her personal beliefs.

"The board needs to take action on this because if this is not fulfilled and approved in the curriculum the materials that were used will be minimum to what will happen in the future," said Philip Ketterhagen, who used to serve on the school board.

Burlington School Board President Roseanne Hahn said the board and administration do not believe the teacher should lose her job, and that they will address it internally.