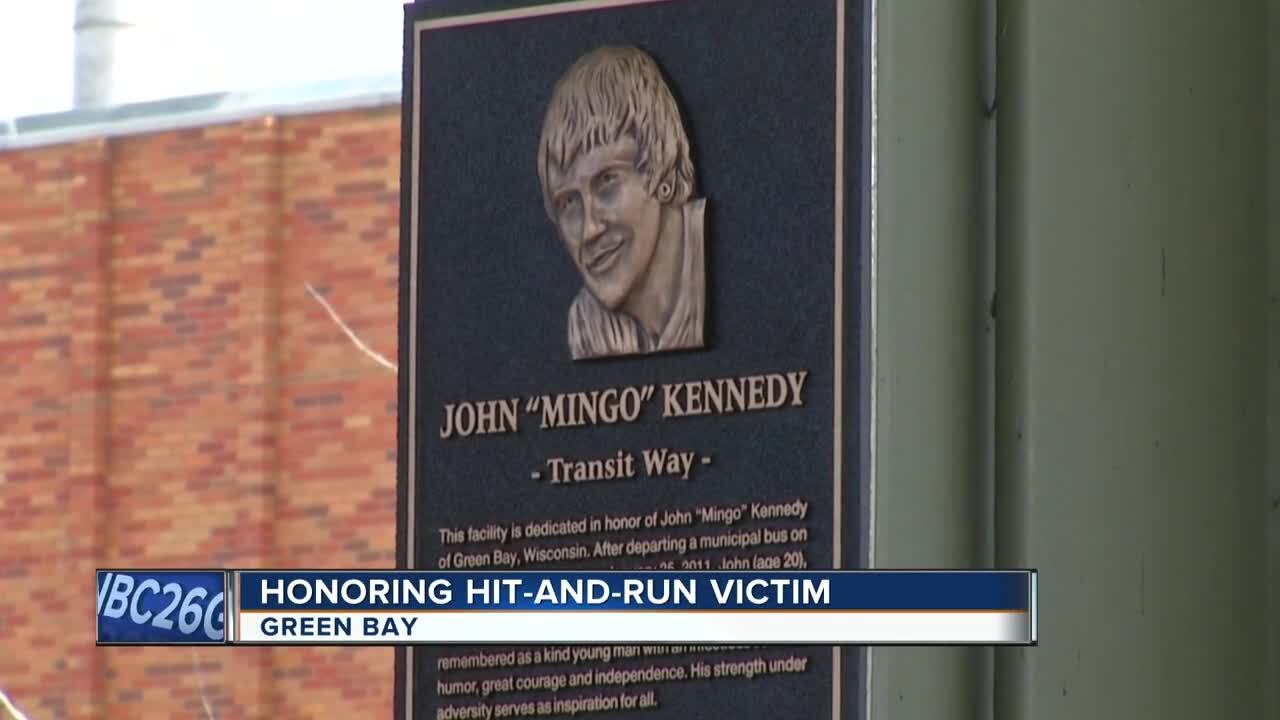 Kennedy was hit by a car on his way home from work.

Kennedy, who used a wheelchair, was forced to use the road because the sidewalks weren't clear of snow and he was hit by a car.

After his death, his family then helped make changes to laws that now require property owners to clear their sidewalks.

Now Kennedy's family is working with the City of Green Bay to honor him by lighting up the downtown bridges.

"I asked the family if they had some certain colors that would be meaningful to them that we could then adopt," said Steve Grenier, the Director of Public Works in the City of Green Bay. "On January 25th we'll use those colors as a reminder to folks to clear their walks and it gives us an opportunity to remember John as well."

The light show will include John's favorite colors. Look for pink and purple, yellow, red, white and blue in the light show.