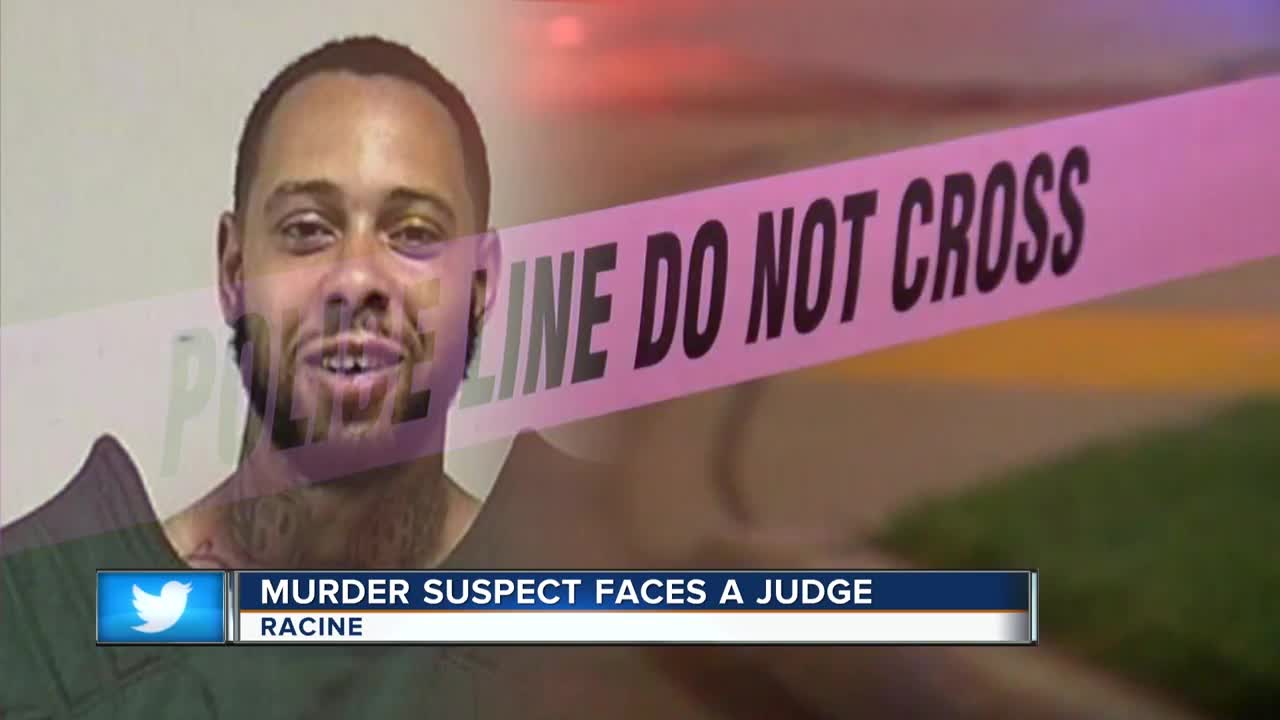 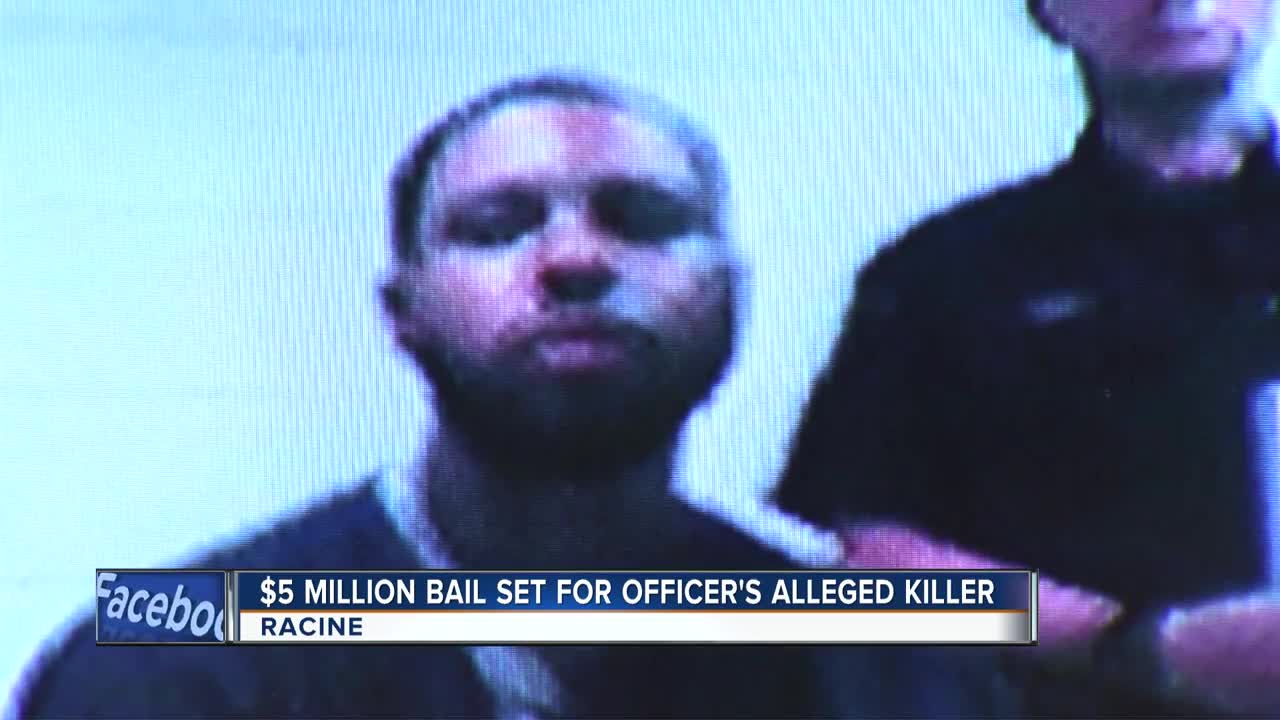 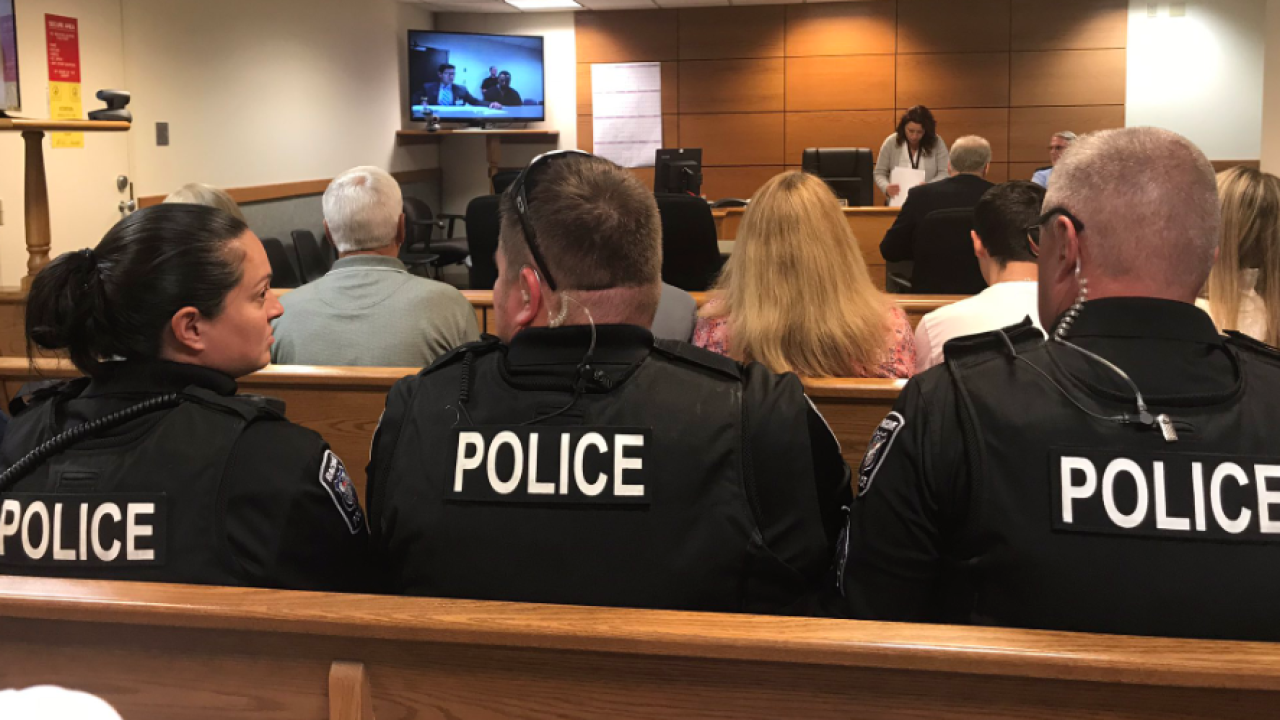 Dalquavis Ward, 26, was released from federal prison four days before prosecutors claim he shot the off-duty officer during an armed robbery.

Ward appeared via video conference from the Kenosha County Jail. He didn’t speak or show much emotion after being told his cash bond was set at $5 million.

Dozens of Racine Police officers sat side-by-side in the gallery to take their first look at the man accused of killing one of their own.

“We believe that bond to be appropriate based on the maximum penalties here which, of course, include life imprisonment and the tragic and heinous crime that has occurred here,” said Kenosha County District Attorney Michael Gravely.

Court documents show on June 17, "a man with a bandana over his face and a gun walked directly to the bar register."

“Hetland climbed over the bar and proceeded to get into a physical altercation with the defendant,” read the criminal complaint.

Ward is accused of shooting Hetland at point-blank range.

“The defendant was on federal supervision,” Gravely said. “He had been released from federal custody after a 5-year sentence on a felon in possession of ammunition case four days before this robbery occurred.”

The suspect ran off, sparking a massive manhunt. Authorities used DNA from Hetland’s shirt, body and the rear door knob at Teezers to connect Ward to the crime. Ward was captured last Thursday in Milwaukee.

“People make mistakes in their lifetime. I understand that, but you can’t blame nobody for something they didn’t do. And something this big. This is the rest of his whole life.” — Alicia Garrett, Dalquavis Ward’s aunt

“We understand the serious nature of these charges, but I just want to emphasize that unless the state is able to prove guilty beyond a reasonable doubt, we’d ask for a reasonable bond here,” said Ward’s attorney Benjamin Schwarz.

Ward’s criminal history dates back to his early teens, when he was first convicted of an armed robbery. Despite his lengthy record, Ward’s aunt Alicia Garrett doesn’t believe he’s ultimately responsible.

“People make mistakes in their lifetime,” Garrett said. “I understand that, but you can’t blame nobody for something they didn’t do. And something this big. This is the rest of his whole life.”

Ward is due back in court for his preliminary hearing July 17.