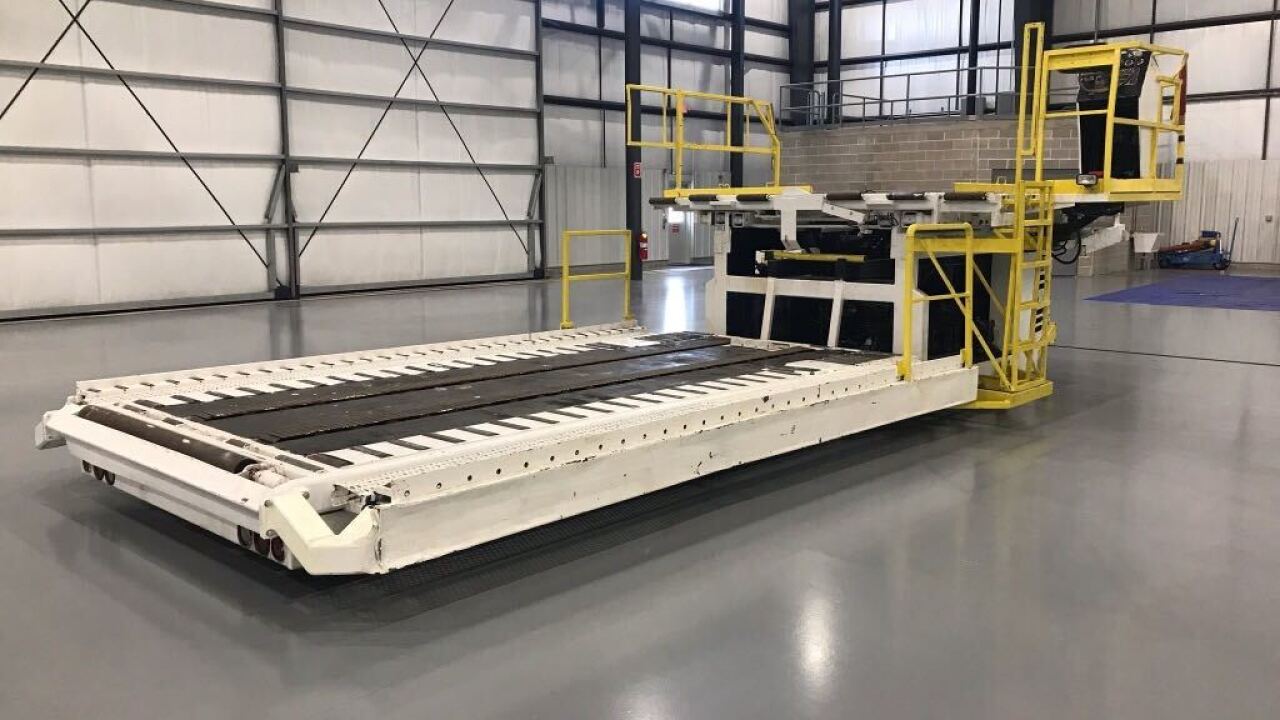 Jet Air Group, a Fixed Base Operator (FBO) at Green Bay Austin Straubel International Airport, purchased the equipment. According to a news release from the airport, the equipment is called a K-Loader.

“The K-Loader is essentially like a big elevator, with two levels that are used to raise and lower large cargo containers and supplies,” explained Al Timmerman, CEO of Jet Air Group.

Timmerman says it’s designed for use on wide body aircraft and it has advantages over a traditional belt loader. Timmerman says in a news release that the K-Loader has greater stability and is able to handle larger cargo more efficiently than a belt loader.

It's not only being used by Jet Air Group, but is also available for commercial flights to use at the Green Bay airport.

“They can load more on the plane and ship less by other methods,” explained Airport Director Marty Piette.

This fall, the K-Loader has been regularly used for NFL charters flying into and out of Austin Straubel. As air traffic continues to pick up, Timmerman sees the K-Loader getting a lot more use.