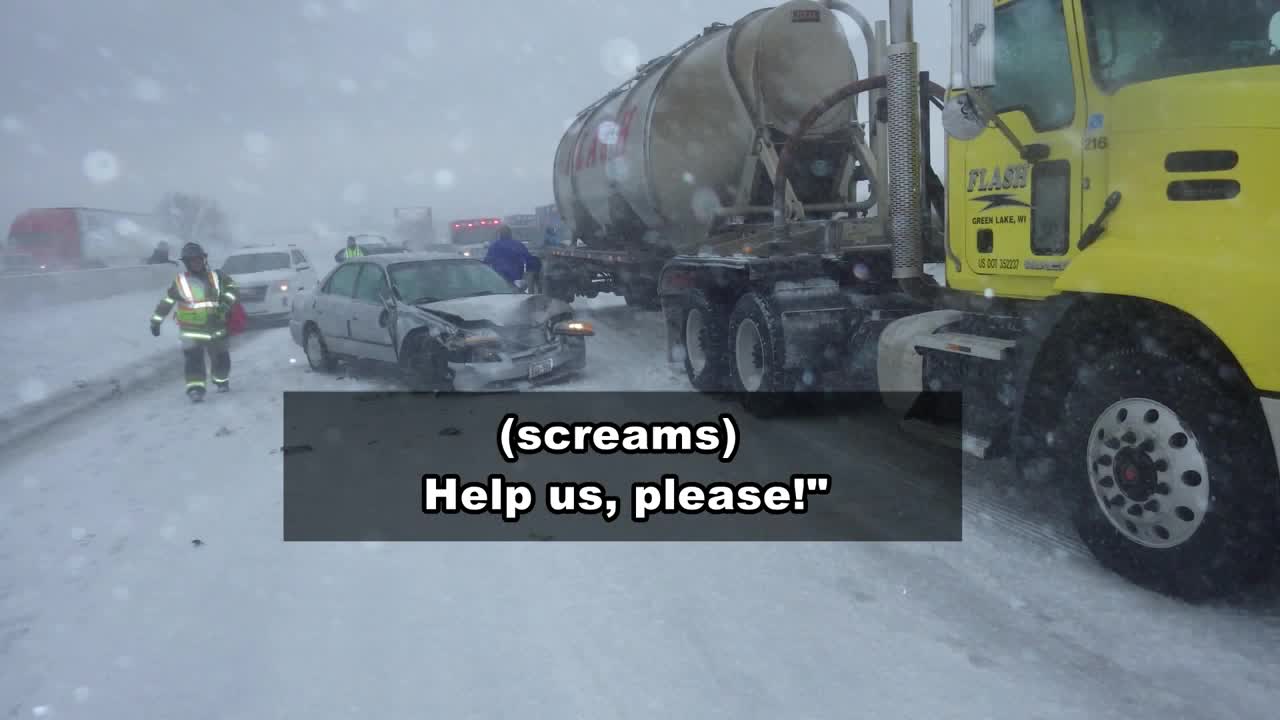 Winnebago County Sheriff's Office released 911 calls from the massive pileup that happened Feb. 24, 2019 on I-41.

WINNEBAGO COUNTY, Wis. — On Monday, Winnebago County Sheriff's Office released 911 calls from the massive pileup that happened Sunday on I-41.

One man, Andrew Schefelker, was killed in the chain reaction crash that involved 131 vehicles, authorities say.

The Sheriff's Office says a call for the crash first came in at 11:10 Sunday morning on I-41 southbound near County Road G.

The sheriff previously said 71 people went to six different hospitals. Of those people, 66 were treated and released and five were admitted for injuries.

Interstate-41 southbound through Neenah reopened after being closed for 15 hours.