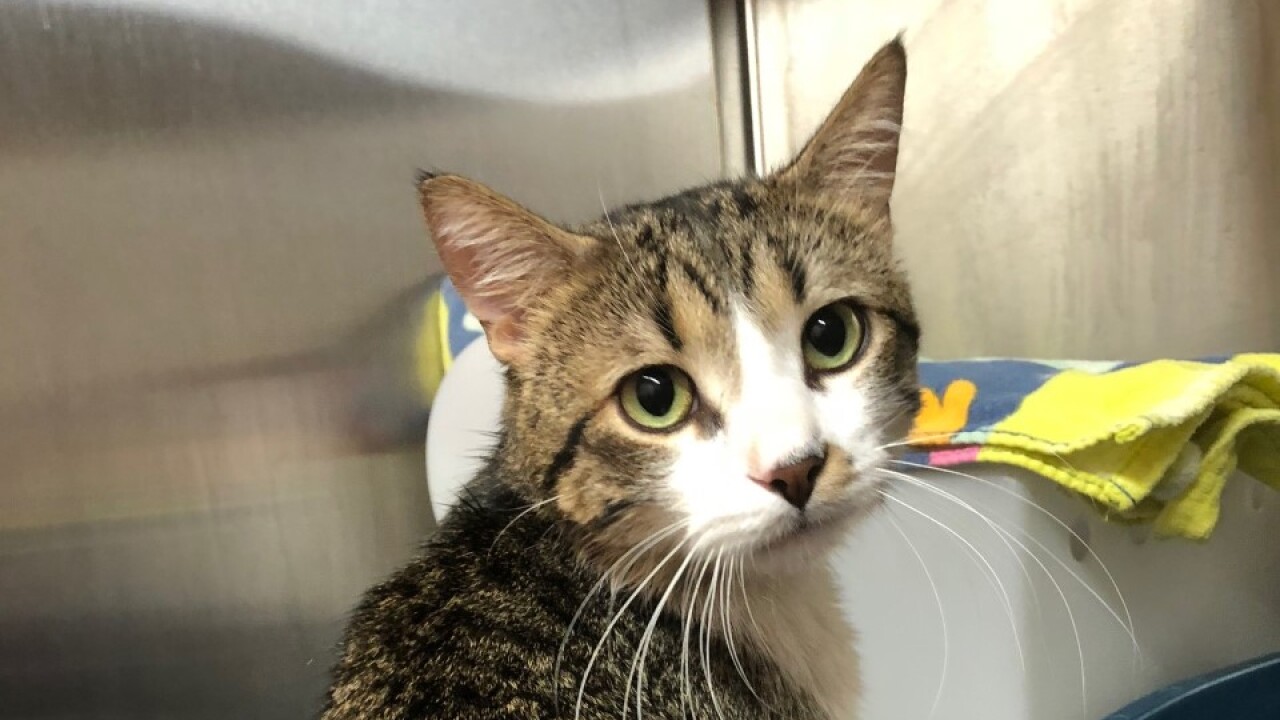 ASHWAUBENON, Wis. — A woman is facing animal cruelty charges after police say she left a cat in a dumpster.

On Tuesday morning, police say someone found a cat inside a box taped shut and thrown in a dumpster at the Creekwood Apartments on Viking Drive. Police say the person had found the box after hearing the cat meowing. According to Ashwaubenon Public Safety, the box contained a cat inside of a plastic bag with a small pillow and was secured with layers of tape. The box was heavily taped with packaging tape, police say, and it took some effort to free the cat.

On Wednesday police arrested 45-year-old Elizabeth Bartlett at her apartment and took her to the Brown County Jail. She was booked on five misdemeanor charges related to animal cruelty and abandonment.