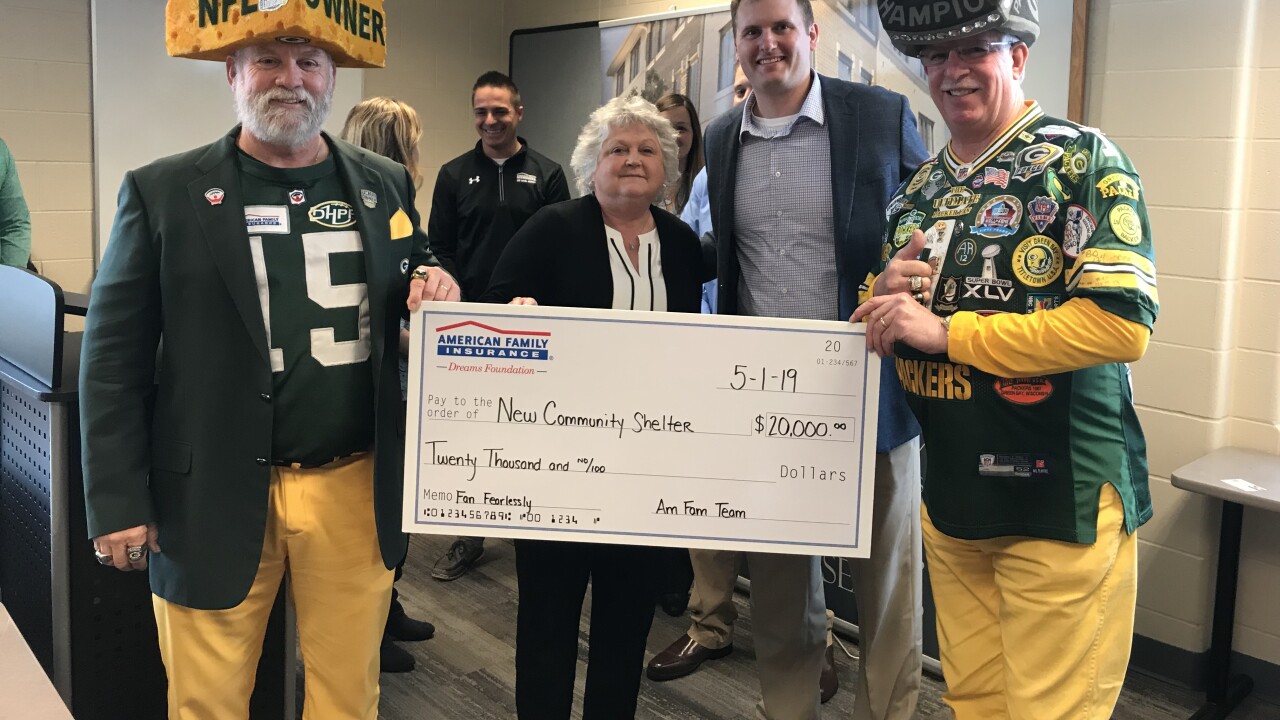 Fan Fearlessly was an American Family Insurance Fundraising campaign featuring three NFL teams, one being the Green Bay Packers. The New Community Shelter was a designated charitable organization from Green Bay that had the opportunity to raise up to $20,000 based on fan participation.

The New Community Shelter was founded in 1994 to help the homeless and the hungry and has evolved to become one of the most respected shelters in the State of Wisconsin, according to a news release.