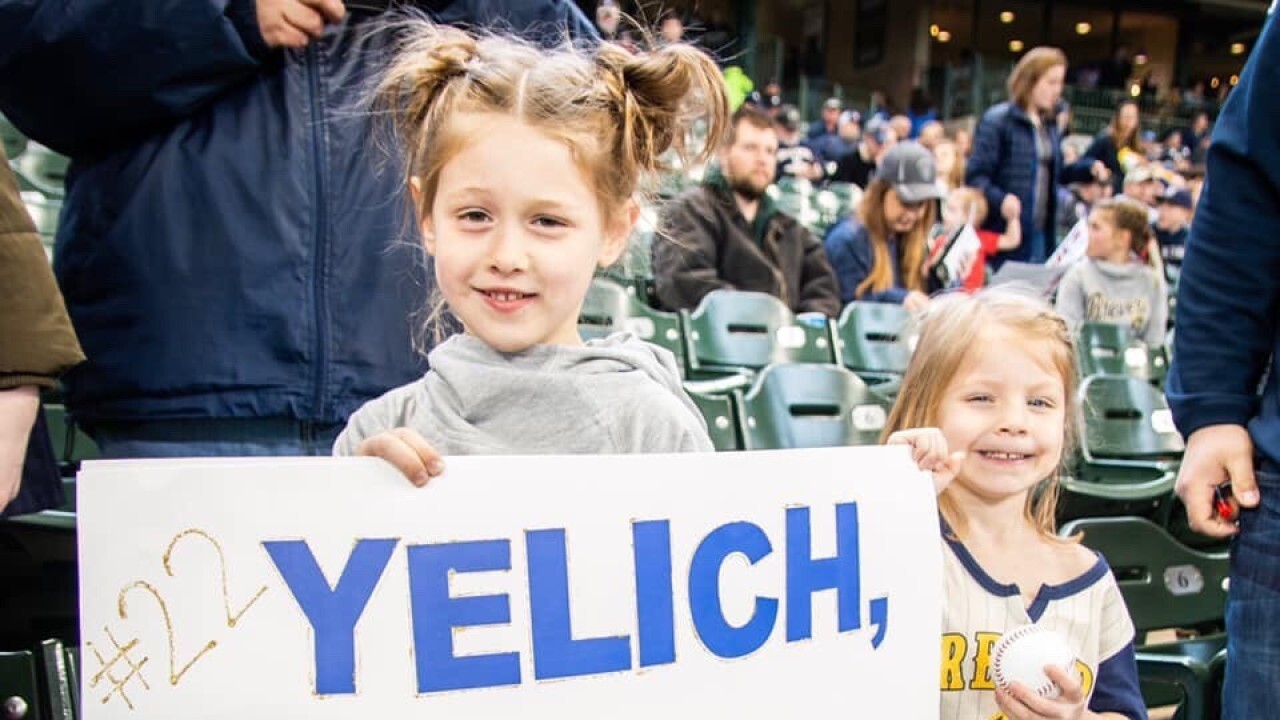 A little girl's plea for a home run and a new puppy has gone viral. Lola Labodda, 6, can thank Brewers outfielder Christian Yelich for both.

On Saturday, Yelich hit his third Home Run of the season while Lola was holding a homemade sign saying "Yelich, hit a homerun and my dad buys me a puppy."

The Labodda family attend Brewers games regularly but this was the first time they had made a sign.

Dad; Mike, Mom; Jessica, and 4-year-old sister Liberty were all decked out in their Brew Crew gear for Saturday's opening series game against the St. Louis Cardinals.

The family had originally though of putting a different message on the sign.

"If you sign a baseball, my dad will buy me a puppy." Mike Labodda thought this was too likely to happen given their seats in the front row, so he suggested a home run.

In the bottom of the 1st, it happened."Of course he hits a home run on the first pitch" Mike Labodda said.

Lola is now ready to pick out a puppy. What kind is the bigger question.

The 6-year-old was diagnosed with Type 1 Diabetes two-and-a-half years ago and could really use a Diabetes Response Dog to help monitor Lola's blood sugar levels. Those dogs can cost more than $10,000. The family says the intention wasn't to start a fundraiser to buy the dog.

Whatever the decision, the new dog will join an 11-year-old dog Henry named after Hank Aaron. As for the new dog's name as suggested by the Brewers, Yeli is still at the top of the list.