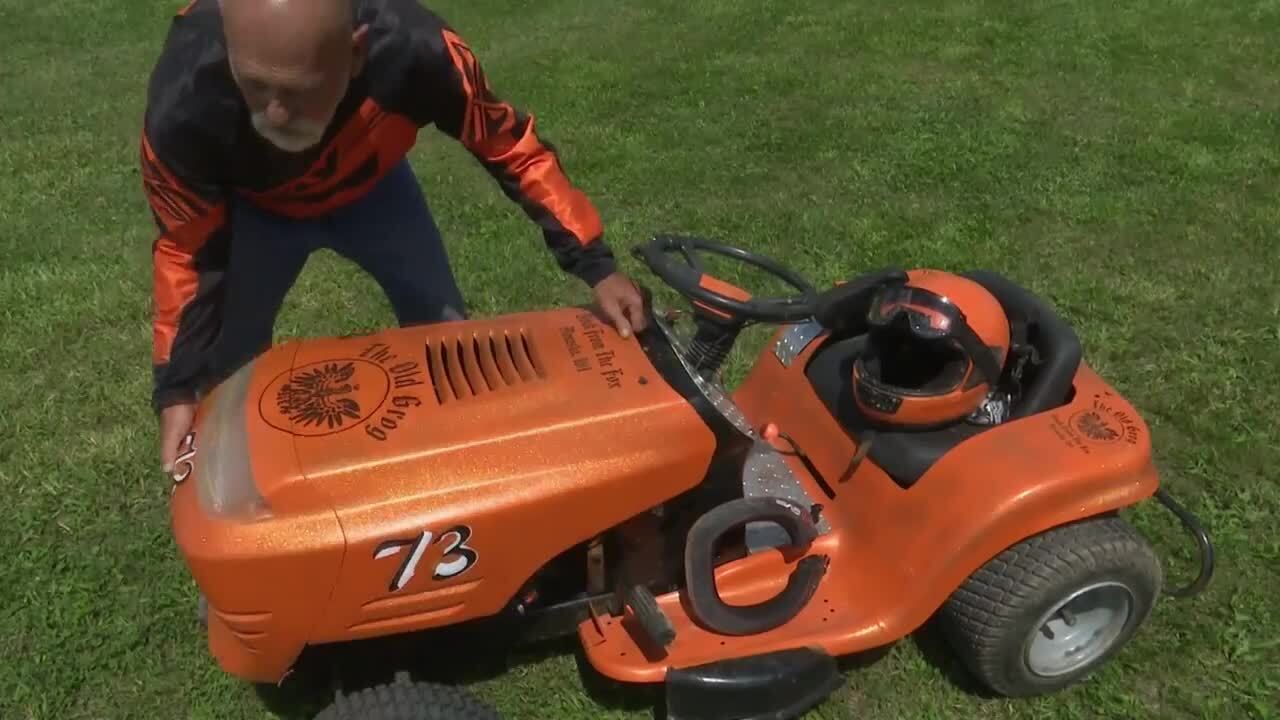 FREMONT, Wis. (NBC 26) -- Due to coronavirus outbreaks, Saturday was the first Badger State Mower Racing Association event of the year instead of the fourth planned race day. The association added today's festivities to their schedule as their dirt opener when the 920 Lawnmower Racing Club begun planning the mega-race day open to multiple clubs and myriad local racers.

"Getting everything ready for a race only to have it canceled is kind of depressing," driver Roger Frischman said.

Badger State Mower Racing Association had three events canceled between May and June, a significant portion of their summer season.

"It's really a bummer because we have guys come all the way from Wausau because their dirt track got canceled," feature winner Bill Carrington said. "So we have the only permanent track around."

That's why drivers say there was so much momentum and excitement leading up to today's races, with classes ranging from grasshoppers to super sports.

Lawnmower drivers take immense pride in not only their sweat and time put in to their machines, but also basking in a family-oriented sport.

"Big family sport," Nelson said. "We like to cater to the kids to get them involved. It's better than playing video games; it's economical to get in to."

Isabelle Schill was one of a handful of female drivers at the Fremont track today, as well as one of the youngest. Besides racing in the shadow of her father, she feels special when other women drivers recognize her on the track.

"Just have fun with it if you do get in to it," Schill said. "I encourage anyone that really wants to get in to it because it's an awesome sport."

No hardware or cash prizes at today's race: winners drive off with the pride of victory and reaping the most points. A season-long tally determines the season champion.