Is a ghost to blame for Card's wild pitch?

Copyright 2018 Scripps Media, Inc. All rights reserved. This material may not be published, broadcast, rewritten, or redistributed.
Joe Robbins

The Milwaukee Brewers offense was largely to blame, scoring six more runs after Martinez's exit to take home an 11-3 victory. But while the Brew Crew's bats were hot, is there perhaps something more... supernatural at work here?

Martinez, after all, said on Wednesday that a ghost appeared in his room at the Pfister Hotel - and it appears as if that specter followed him to Miller Park Thursday. And only a being from the world of the beyond could be responsible for a pitch this atrocious: 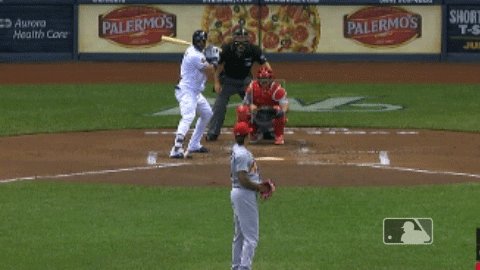 .@travis_shaw21 scored in the 3rd on one of the wildest wild pitches ever. #ThisIsMyCrew

That pitch brought Shaw in to score, and the rout was on.

Thursday's defeat was the fifth straight loss hung on Martinez. His last victory was more than a month ago, on May 2nd against the Chicago White Sox.

Call it bad luck, call it a rough stretch -- call it whatever you like. Martinez just might call it a supernatural presence instead