Hagedorn declares victory in Wisconsin race, but it could still go to a recount 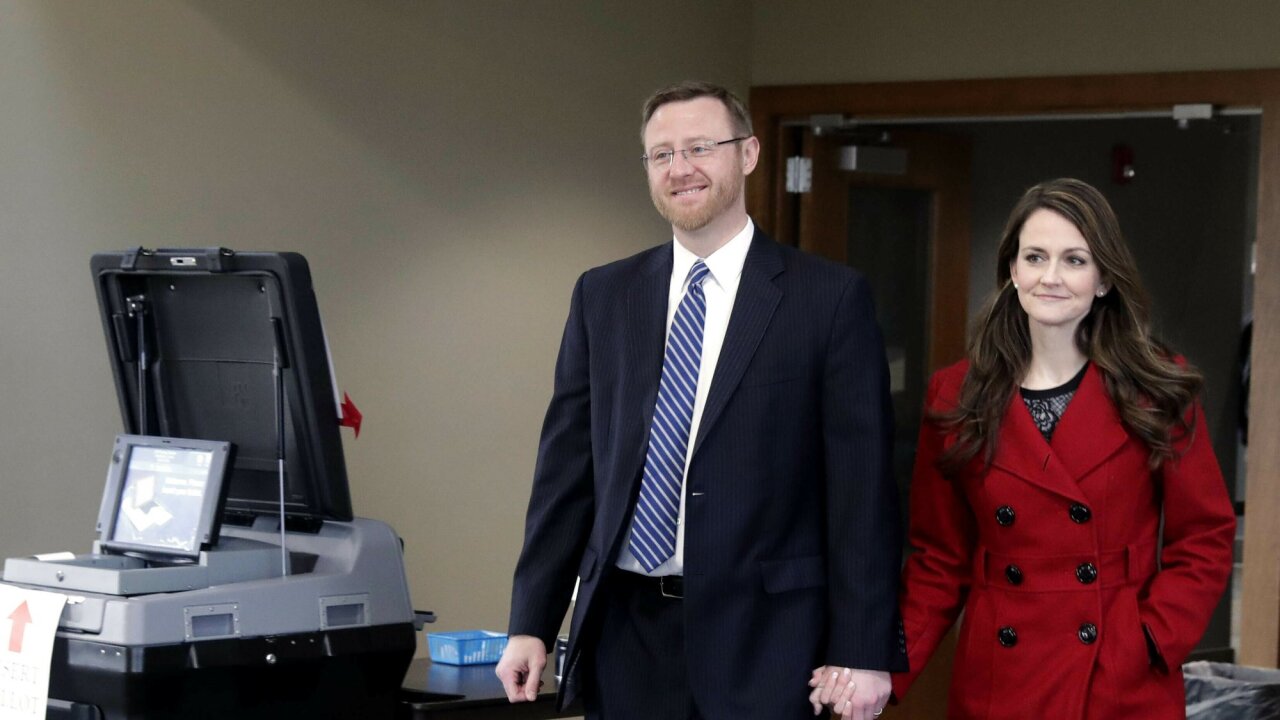 The conservative candidate who holds a narrow lead over his more liberal opponent in Tuesday’s Wisconsin Supreme Court election says he’s ready for a recount even though he doesn’t think one would “make a whole lot of sense.”

Brian Hagedorn held a news conference Wednesday morning in Pewaukee to talk. He talked about his nearly 6,000-vote lead over opponent Lisa Neubauer. Her campaign has already started fundraising for a possible recount.

Hagedorn says he believes his lead is insurmountable. He says many voters didn’t believe Neubauer’s attacks, which he said misleading and inaccurate. Hagedorn says some voters may have viewed some of those attacks on people of faith.

Hagedorn is an evangelical Christian and spent much of the race defending his conservative beliefs.

The Wisconsin Supreme Court race could go to a recount, with the conservative candidate holding a narrow lead over his-liberal backed opponent following Tuesday’s election.

Conservative candidate Brian Hagedorn declared victory early Wednesday based on a nearly 6,000-vote margin. The Associated Press is not yet calling the race because it could go to a recount.

Hagedorn was ahead of Lisa Neubauer by about half a percentage point, based on unofficial results with 100 percent of precincts reporting.

Neubauer’s campaign has started fundraising for a possible recount.

Counties have until April 12 to report certified vote totals to the Wisconsin Elections Commission. Once the last report is in, Neubauer will have three days to request a recount.

She would have to pay for the recount. A presidential race recount in 2016 cost $2 million. A Supreme Court recount would be less, given that about 1.2 million votes were cast compared with 2.9 million in the presidential race.

Wisconsin Supreme Court candidate Brian Hagedorn is declaring victory, even though his opponent says the race is almost certainly headed toward a recount.

Hagedorn issued a statement early Wednesday morning saying his margin of victory in Tuesday’s election is “insurmountable.” With 99% of precincts reporting, Hagedorn had a 5,911-vote lead out of 1.2 million cast. That is about half a percentage point over Lisa Neubauer, within the 1 percentage point margin that allows for her to request a recount. However, she would have to pay for it.

Hagedorn was backed by conservatives and a victory would increase their majority control of the court to 5-2. Neubauer had liberal backing, including support from former Democratic U.S. Attorney General Eric Holder.