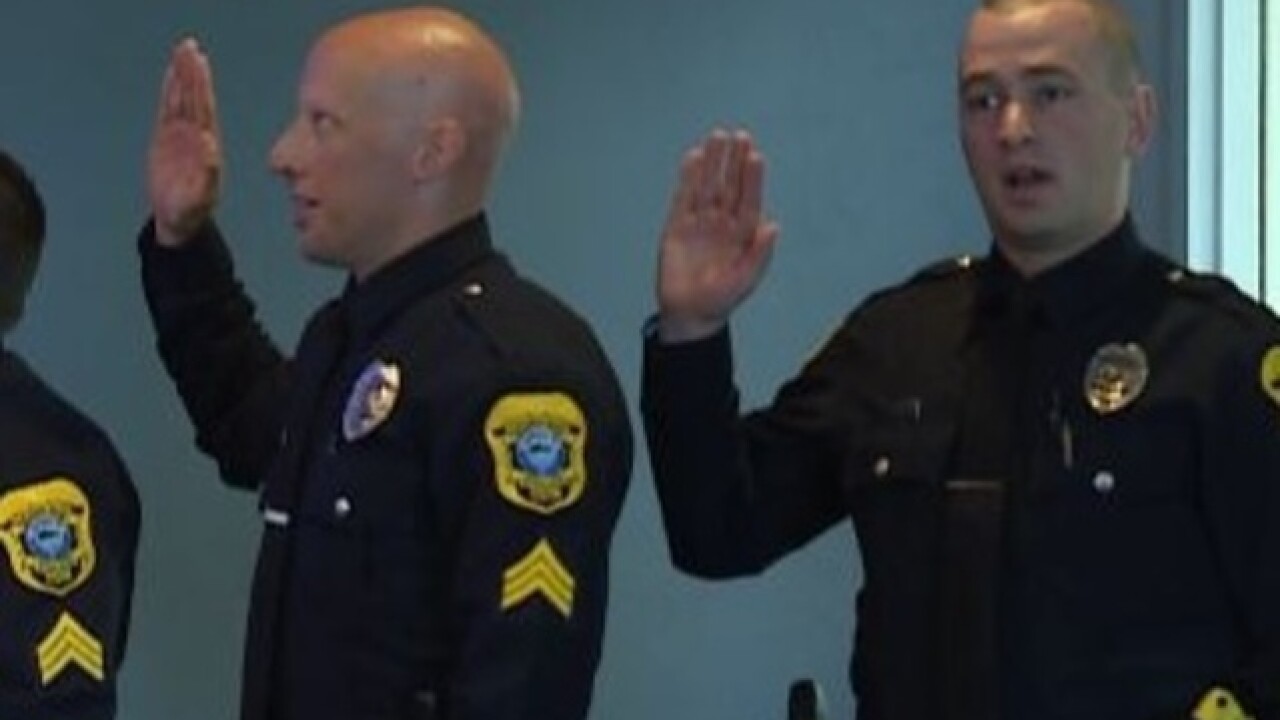 Green Bay's police chief calls Monday 'a watershed moment' for his department, as four officers are promoted to Sergeant.

It also marks the first time in more than a couple decades that Green Bay Police has had sergeants.

One of the newly promoted Sergeants said its a great honor, but it's also a huge opportunity for him and the department.

"It is a opportunity to be that working leader to be that person out on the street that is looked up to by their peers and is going to be out there making decisions when we have to," Sgt. Mike Knetzger said.