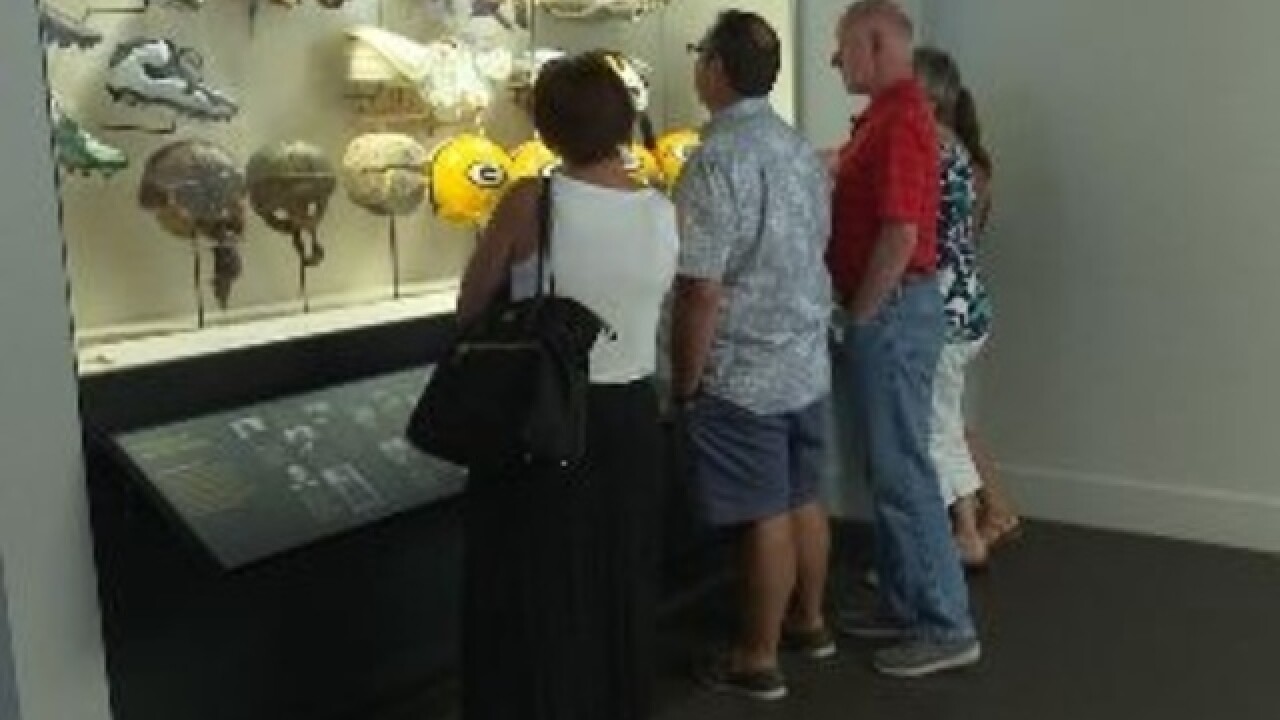 The Green and Gold let dads into the team's hall of fame for free as a way of saying thank you on Father’s Day.

Steve Loehning was one of those dads. He got to pass down his football knowledge.

"It’s always important to spend time with your family and on Father's Day, it's a good time," said Loehning.

"My dad's been a Packers fan his whole life," said Hanna.

This was Steve's first trip to the Packers Hall of Fame.

"We want to create an environment of family for our kids and create memories for them that they'll remember forever," said Hanna.

Free admission for dads is an opportunity Hanna couldn't pass up.

The father's day deal didn’t end at the Hall of Fame. Once families are done checking out the history, they could go to 1919 where dads got a free soda or beer when they bought a meal, or dads could go to the Pro Shop and get themselves 15 percent off.

For Steve though, the best deal is spending time with his family.