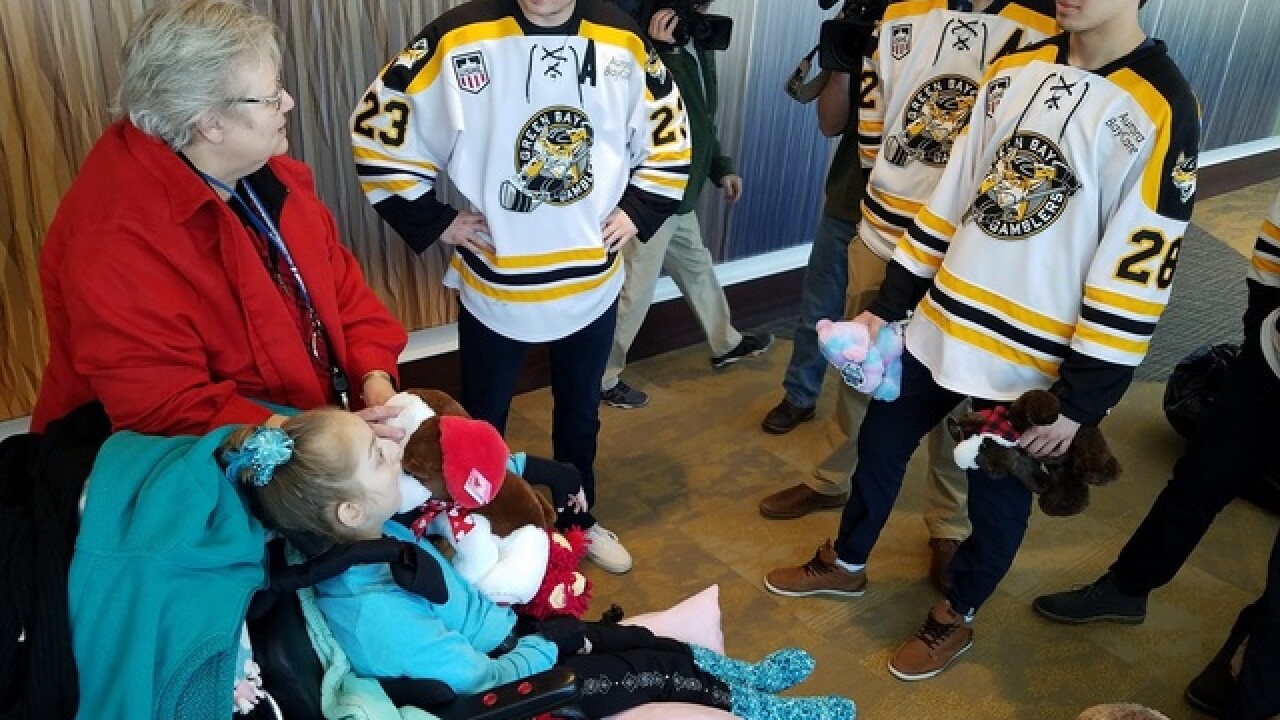 On Saturday the Gamblers took on the Madison Capitols at the Resch Center. An audience of 7,757 tossed 7,631 bears on the ice after McKade Webster scored about five minutes into the game.

The youngest patient to receive a teddy bear from the @Gamblershockey today was just 4-DAYS-old! Meet Croix Yang and his parents! Such a sweet moment! ❤More than 7,600 teddy bears were collected from Saturday's game at the @reschcentercomplex!

The Gamblers and their fans have donated 112,686 stuffed animals to local hospitals and other charities across Northeast Wisconsin.

The first year of the teddy bear toss the Gamblers collected a little more than 400 bears.

One of the biggest piles of teddy bears that I’ve ever seen from @GamblersHockey teddy bear toss at the @reschcenter! pic.twitter.com/sg7oXTIGPM