Gov. Walker to appear with Trump for worker event at White House 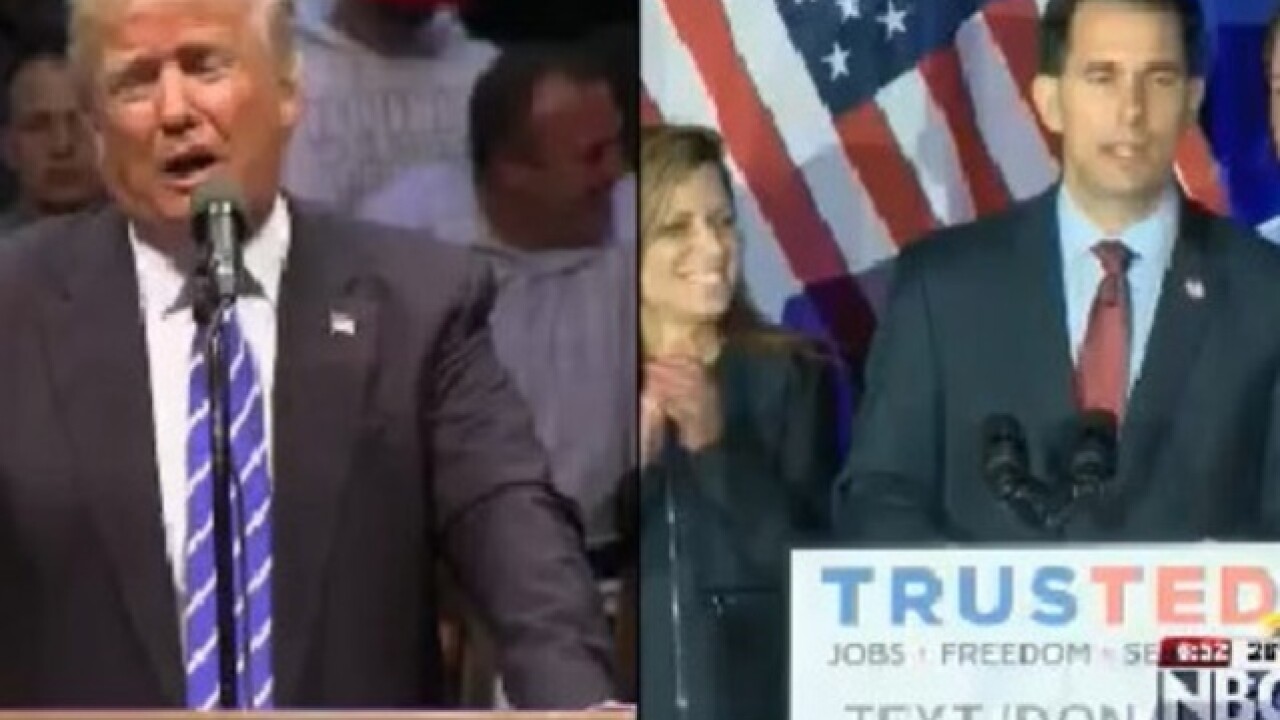 MADISON, Wis. (AP) -- Gov. Scott Walker is scheduled to attend a White House ceremony Thursday with President Donald Trump and members of his Cabinet focused on bolstering American workers including at the planned Foxconn Technology Group project in Wisconsin.

Walker was among many other elected officials, including U.S. Rep. Sean Duffy, who were to appear at the event. Trump was to sign an executive order establishing a National Council for the American Worker.

The new council was to focus on creating solutions for the country's most urgent workforce issues. It is to be charged with creating a national strategy for making sure Americans have access to affordable, relevant education and job training.

The agreement was being signed by a host of companies, including Foxconn.

Walker was the only governor scheduled to be at the event.