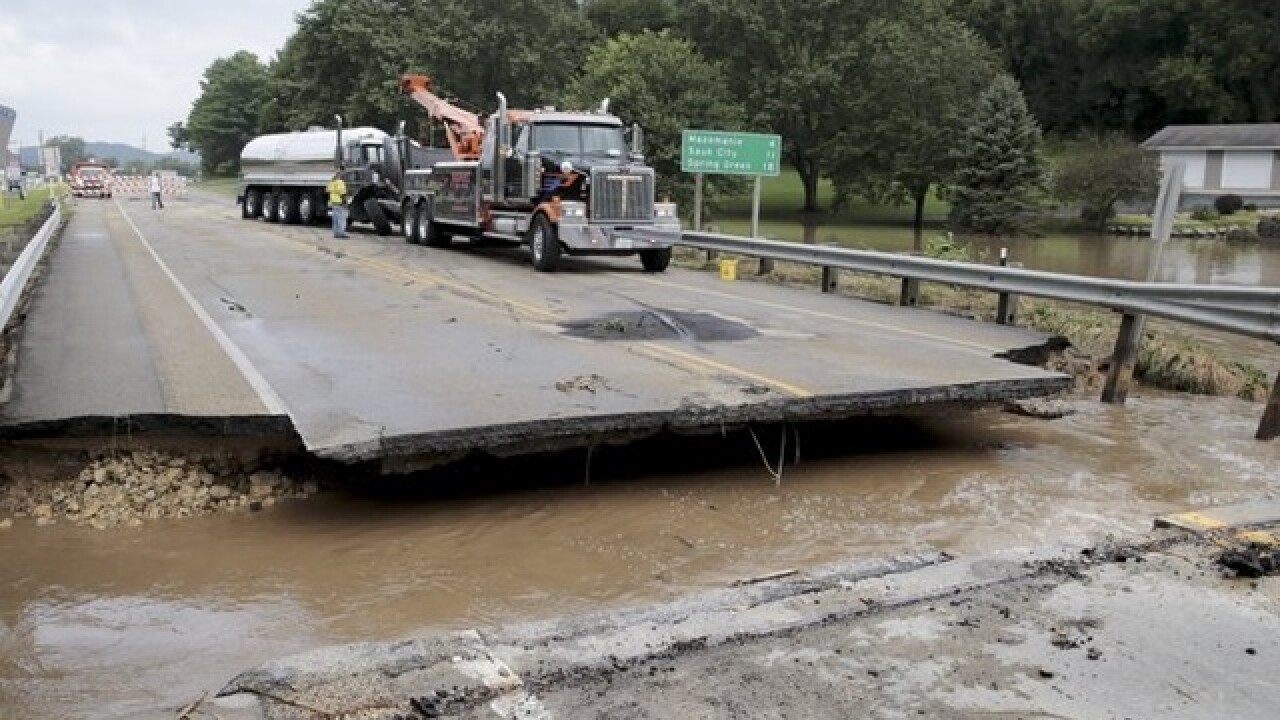 Copyright 2018 The Associated Press. All rights reserved.
<p>FILE - This Aug. 21, 2018, file photo, shows a milk truck damaged after it fell into the missing section of a bridge over Highway 14 in Black Earth, Wis. More than 11 inches of rain fell overnight in places in or around Madison, according to the National Weather Service. Officials in Dane County say this week’s flooding caused more than $100 million in damage. (Steve Apps/Wisconsin State Journal via AP, File)</p>

She says Federal Emergency Management Agency survey teams are planning to spend at least a week in Wisconsin assessing damage. She says that data will be used to make a request for federal disaster assistance.