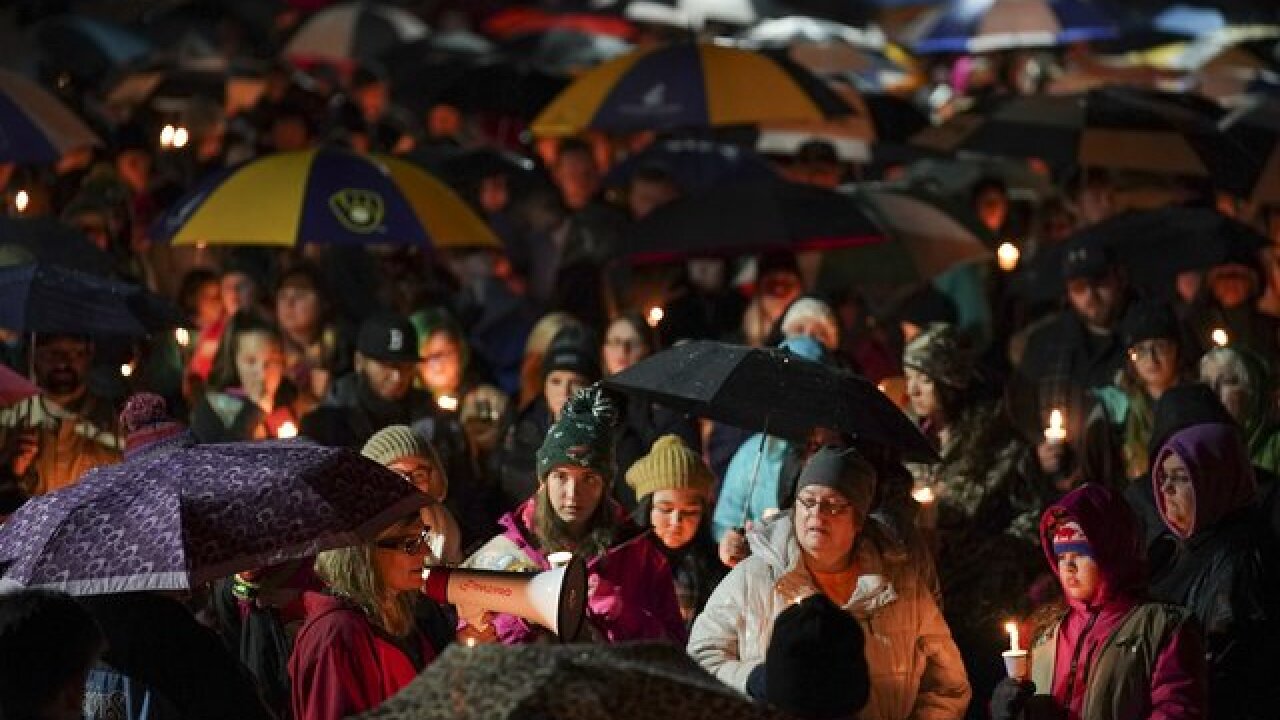 Copyright 2018 The Associated Press. All rights reserved.
<p>Sherri Jasper, a Girl Scout board member and counselor at Halmstad Elementary School, leads the program for a candlelight vigil at the school in Chippewa Falls, Wis., Sunday evening, Nov. 4, 2018. The western Wisconsin community on Sunday was grieving the deaths of three Girl Scouts and a parent who were collecting trash Saturday along a rural highway when police say a pickup truck veered off the road and hit them before speeding away. (Jeff Wheeler/Star Tribune via AP)</p>

Funeral arrangements are set for three Girl Scouts and a mother who were killed in a hit-and-run in rural northwestern Wisconsin.

A funeral service for 32-year-old Sara Schneider and her 10-year-old daughter, Haylee Hickle, will be held at 11 a.m. Thursday at the Chippewa Valley Bible Church in Chippewa Falls. Nine-year-old Jayna Kelly will be eulogized Friday at 11 a.m. at the same church.

Ten-year-old Autumn Helgeson will be memorialized at 6 p.m. Thursday at Our Saviour’s Lutheran Church in Chippewa Falls, about 90 miles (145 kilometers) east of Minneapolis.

The four were killed Saturday while they picked up trash along a Chippewa County highway.

Vehicular homicide charges have been filed against 21-year-old Colten Treu, who authorities say inhaled chemical vapors before he crashed his pickup truck into them.