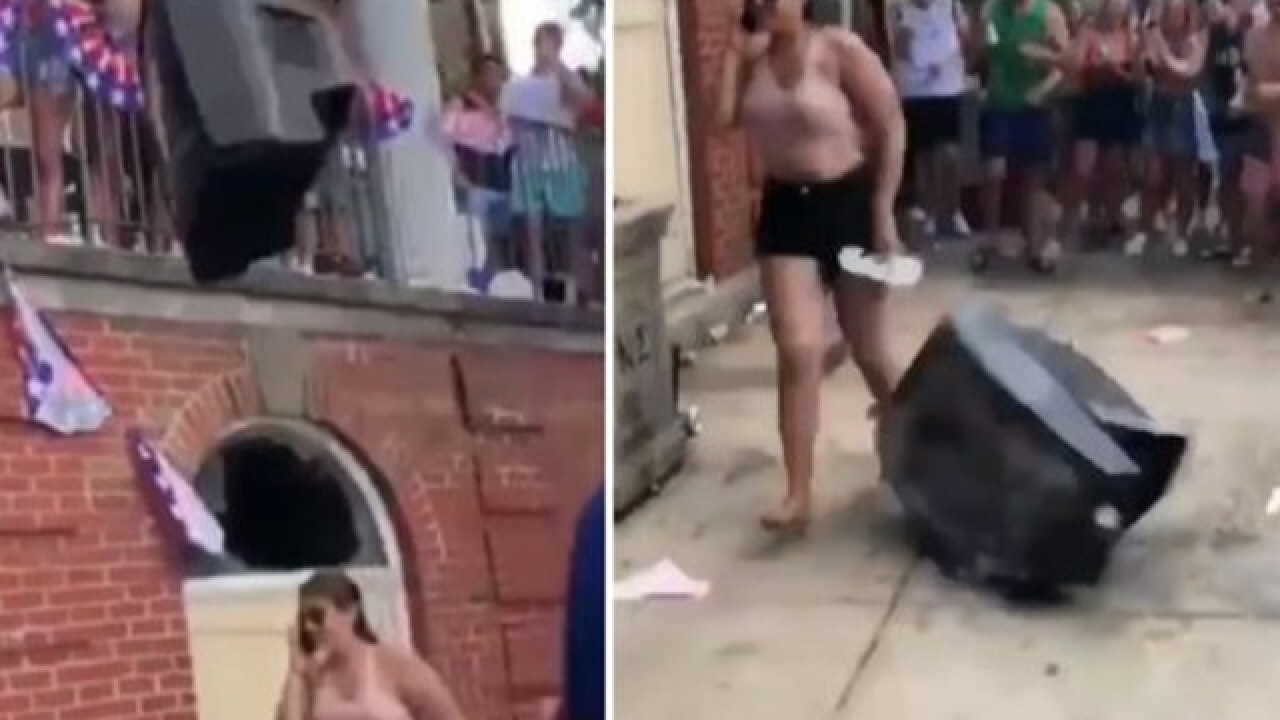 The University of Wisconsin-Madison chapter of Kappa Sigma was suspended Thursday for a safety-related incident that happened over the weekend, according to a  release from the university .

The incident happened on Langdon Street over the weekend of June 30, officials said.

Two Instagram videos showed the incident , which involved a TV being thrown from the roof of a fraternity and almost landing on a woman.

An interim suspension prevents a student organization from holding events, reserving space or enjoying the other privileges of student organization status, according to a release from the UW. Additional details will not be released, pending the completion of an investigation.

If a fraternity is found in violation of the Student Organization Code, sanctions are possible, and individuals may be held accountable under the nonacademic misconduct code, officials said.

On Tuesday, the Kappa Sigma national office terminated the charter of the chapter, which further suspends its status and operations.

UW officials said the investigation into the incident should last the rest of the summer, and they plan to release a statement on their findings after that.