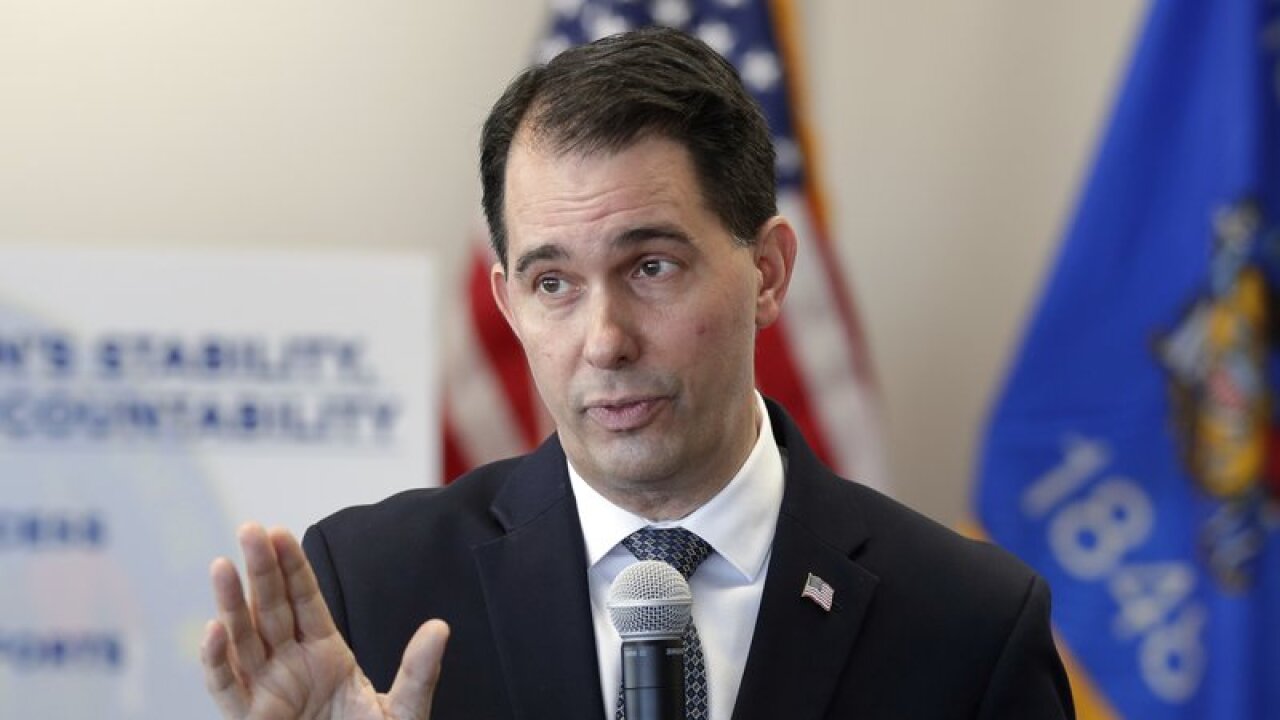 FILE - In this Dec. 14, 2018, file photo, Wisconsin Gov. Scott Walker talks about legislation he signed into law and addressed his transitional agenda as he prepares to leave office during a news conference in Green Bay, Wis. Walker said Tuesday, Jan. 1, 2019, that after he leaves office next week he will join a speakers’ bureau to travel the country and talk in new ways about conservative issues, while helping in the effort to re-elect President Donald Trump. (Jim Matthews/The Green Bay Press-Gazette via AP, File)

MADISON, Wis. (AP) — Former Wisconsin Gov. Scott Walker is joining a Republican group to be the lead fundraiser for its work preparing for the next round of redistricting.

The National Republican Redistricting Trust announced Thursday that Walker would be its national fundraising chairman. Politico first reported the news.

It’s the second new job for Walker announced this week. He will also be leading the national effort to call a constitutional convention to adopt a balanced budget amendment.

Politicians will be redrawing congressional and state legislative district maps in 2021 following the 2020 census. A group run by former Democratic U.S. Attorney General Eric Holder has been active on the issue in Wisconsin and other states.

The group Walker is joining was created in 2017 and plans to raise $35 million to help with the process of redistricting and court fights over the new maps.