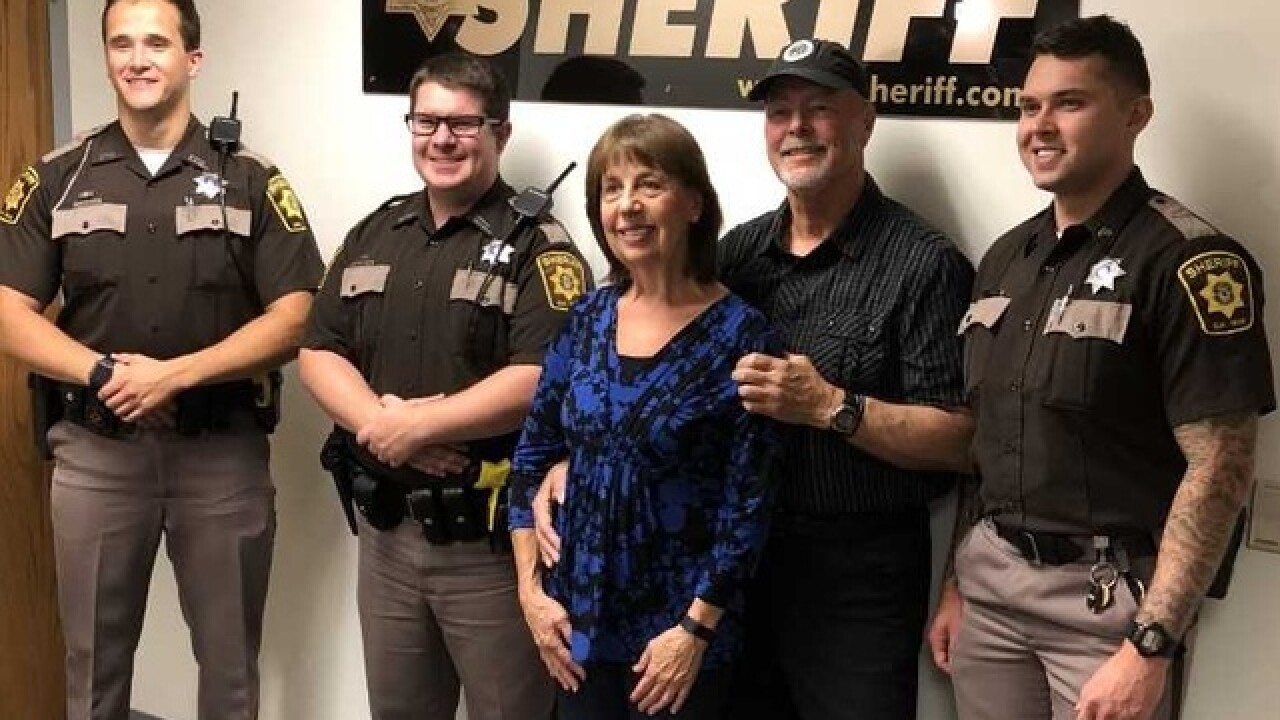 The incident happened on June 5, when Deputies Logan Will, Cody Sokolik, Greg Anderson and Sheriff Mick Fink responded to a home in the Town of Taycheedah for a man who had collapsed and was not breathing.

When deputies arrived, they found the victim, Ron Bohlman, in full cardiac arrest.

Deputy Sokolik began chest compressions while Deputy Will utilized the AED. According to the sheriff’s office, during the rescue efforts, one shock was delivered. The victim regained consciousness and began breathing on this own.

He was later taken to St. Agnes Hospital.

The Fond du Lac County Sheriff’s Office said Bohlman is doing well and is expected to make a full recovery.

Bohlman and his wife met the deputies who saved him on Thursday, June 21.