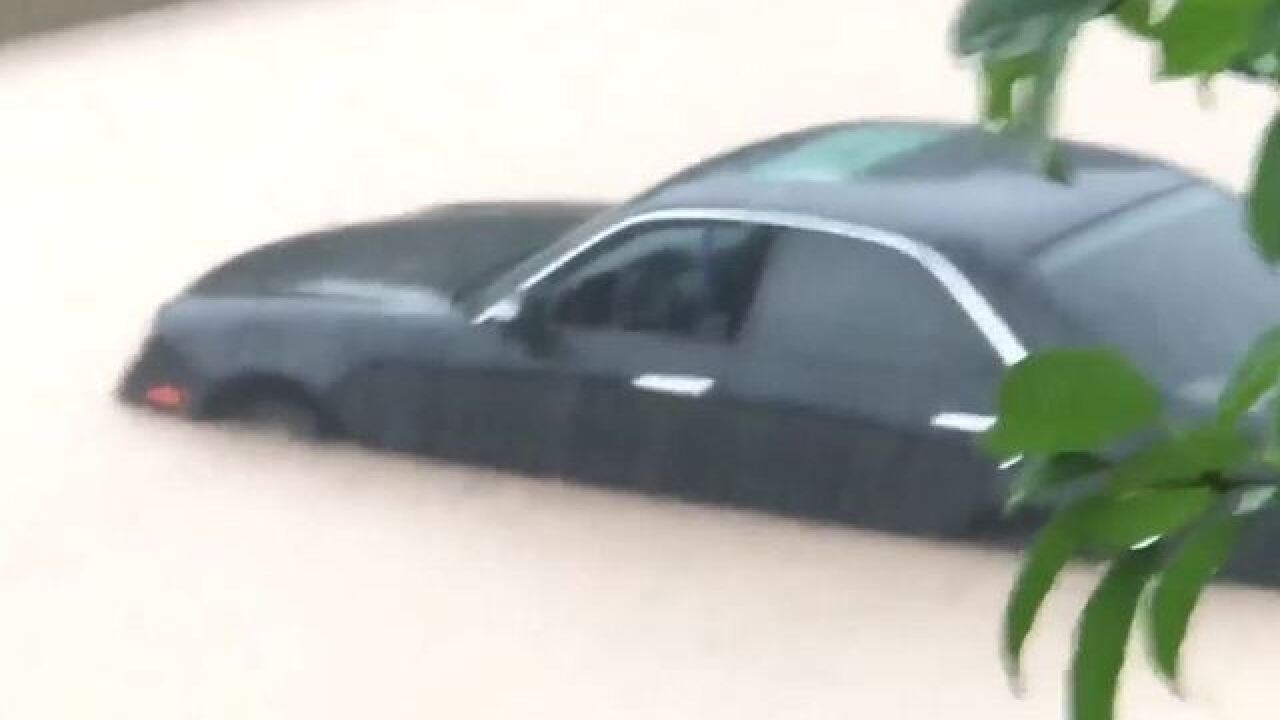 Copyright 2018 Scripps Media, Inc. All rights reserved. This material may not be published, broadcast, rewritten, or redistributed.
Kust, James

All lanes were blocked in both directions at mile marker 80. Several cars were trapped in the flooded roadway.

"Four of those cars had occupants in them," Chief Robert Whitaker, North Shore Fire Rescue said. "The people were all fairly calm considering the situation. The depth of the water was at times up to the cars' windows. At least one was sitting on the roof of the car waiting for help."

The early morning flood started before 7:00 a.m. This area of I-43 frequently gets flooding and construction crews were working on adding a storm drain to help with issues.

Crews worked quickly to try and clear drains on the site. Despite the water nearly covering medians in the road, Whitaker says the situation was not as dangerous as it may have looked.

"Once they opened that up, it recessed pretty quickly and helped the whole situation out," Whitaker said. "At all points we could have walked in that water. It's a matter of how safe that is if you want to do it without being secure and people are not used to it. Our people are trained but people ina  car may have never been in that."

Fire crews used an inflatable life raft to rescue people in their cars.

All lanes were reopened by 9:30 a.m. By 11:00 a.m., the interstate had once again been closed as rain kept falling down.